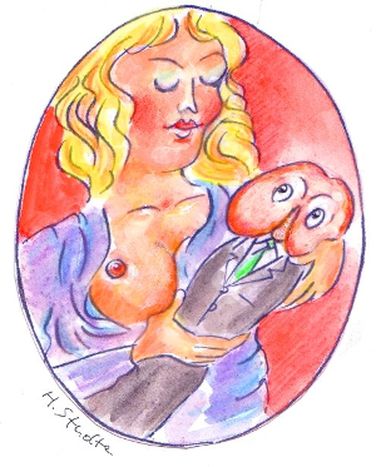 Certain names describe more than a person. In France, for example, women’s breasts are referred to as ‘Roberts’. But how did an un-sexy male name end up becoming synonymous with women’s assets, so often used in seductive adverts? Apparently, it all stems from a brand of baby bottles belonging to a certain Monsieur Robert. French men also have a pet name for their own asset: 'Popaul', from the first name Paul. Germans, on the other hand, call theirs 'Johanes'; suddenly the saying Wie die Nase eines Mannes, so sein Johannes (the bigger the nose, the bigger the Johannes) makes a lot more sense. In English, the name Dick is used to the same purpose. Short for Richard, a very popular first name in England, it is thus a name that can apply to all men and none in particular. Ever inventive, the Brits also use the surname Johnson, from the popular 19th century slang ‘John Thomas’ for the penis. A complete identity this time to show the importance men accord to this part of their anatomy!