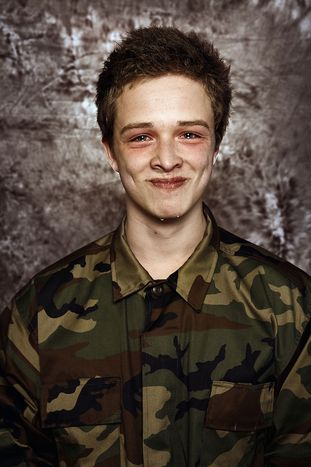 After the crisis in Ukraine, the State Defence Council of Lithuania decided to reinstate the compulsory conscription for men aged 19-26. While the first couple of thousand recruits were, for the most part, volunteers, the rest had to join by coercion.

Though there will be exemptions for certain categories, such as university students and single fathers, up to 3,500 recruits are expected each year. The lack of enthusiasm in these conscripts and their criticisms towards the government's decision exposed them to public contempt and insults such as "unmanly", "cowards" and "traitors".

Neringa Rekašiūtė gathered 14 random young men, aged 17 to 28, to embody the "disgraceful" lot. She got the men to strike the pose while crying dressed up in military outfits. As traditional social expectations push men to act dominant, threatening and cold, Rekašiūtė responded to the archetype of the cold-blooded soldier with a series of intensely touching close-ups.

Critics of Rekašiūtė's project have argued that this national service doesn't necessarily have to be undertaken with the military. 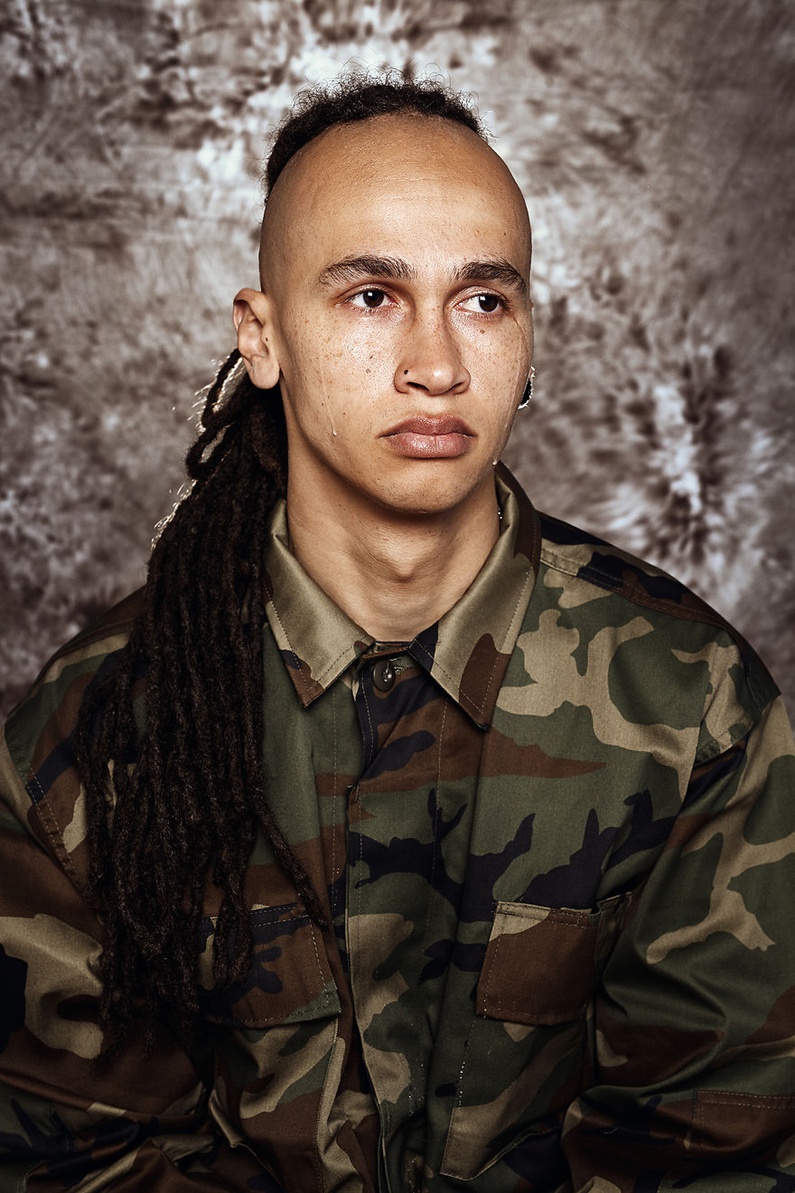 "Army won’t make a man out of you – if you are a dumbass, you will stay a dumbass," says 27-year-old Vytautas. 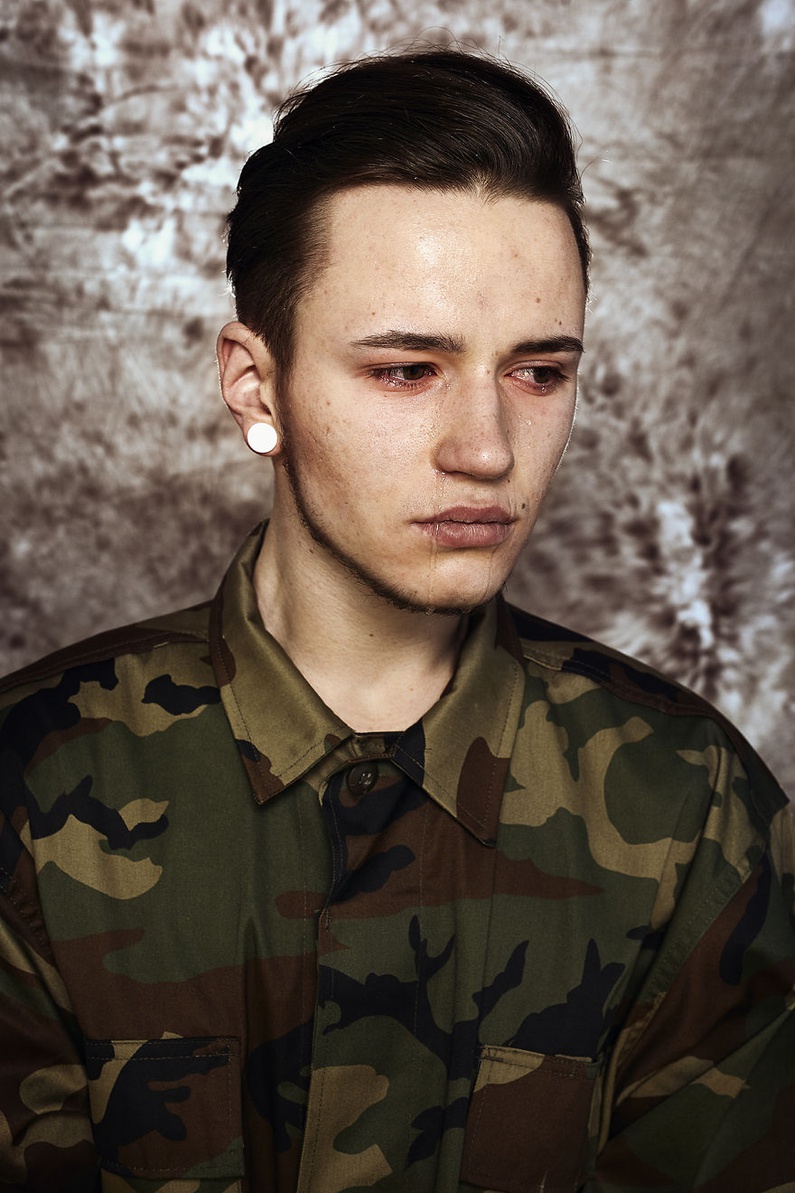 Edvinas, 17, meditates on the concept of freedom: "Can you imprison a man’s choice and call it free living? " 18 year-old Justas is on the same wave-length: "The real strength is the ability to make your own mind. Let us be strong." Denisas, 23, expresses his rejection of duty: "In today’s free society there is no space for coercion. Compulsory things should be the ones you choose with your free will". 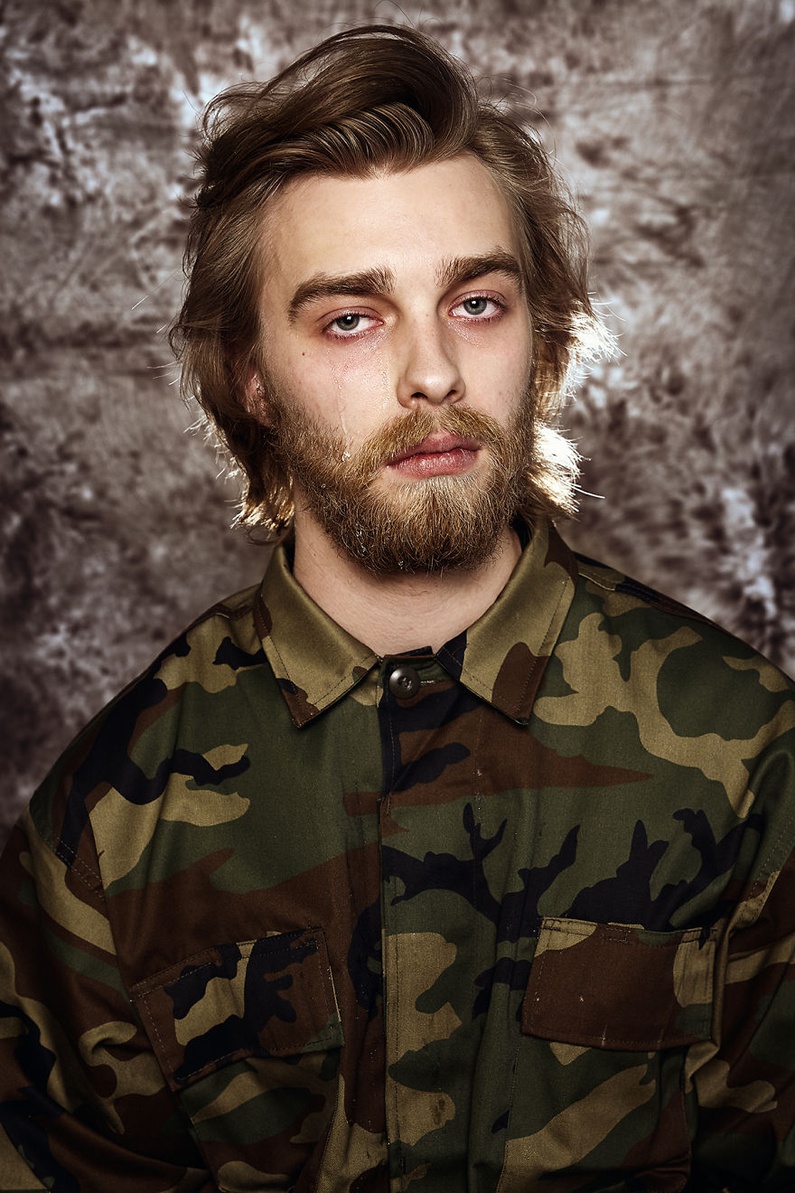 According to Martynas, 22, being forced to do something cannot possibly be masculine: "It’s manly to be able to choose for yourself", recalls the young man. But as one explores the gallery of faces and quotes, the debate gets less political and more gender topic oriented. 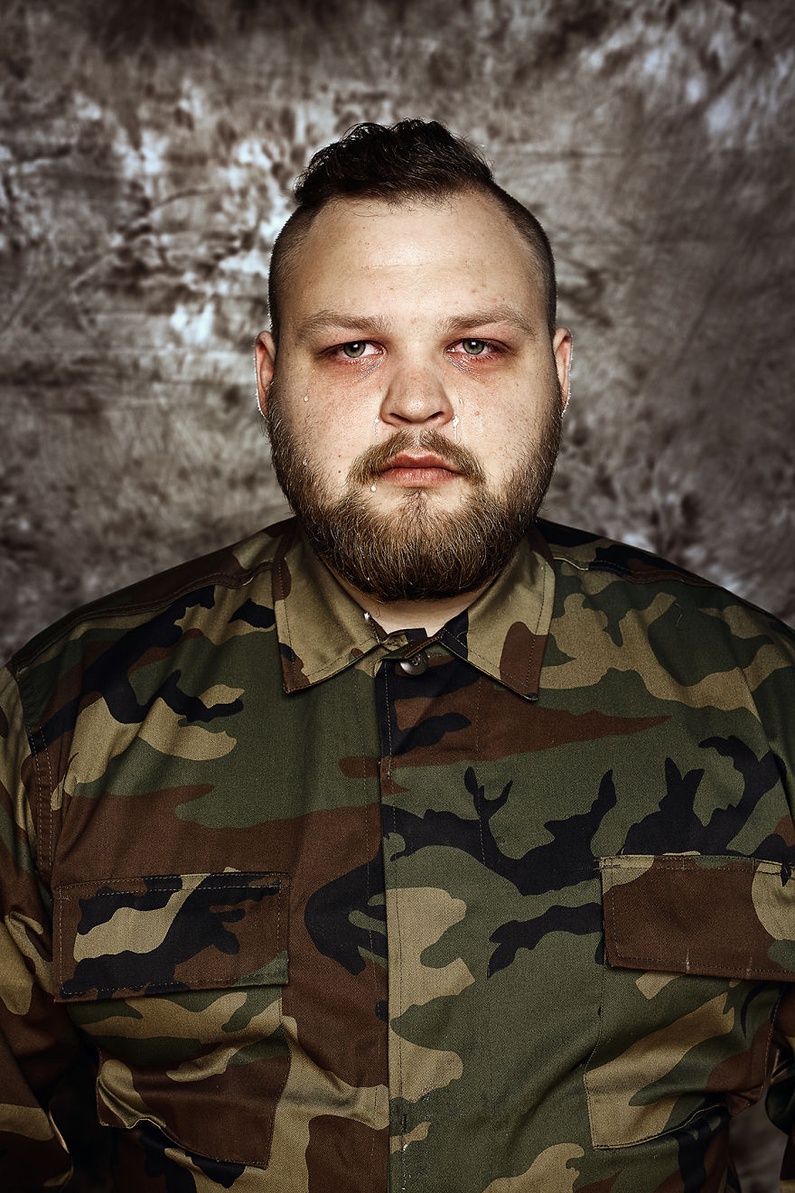 "In my opinion, the archaic times when a man was supposed to kill a buffalo and drag it home to his family are long over. I think that army is not a bad thing in general, but a compulsory one is definitely not a good thing either. Especially when the government announced it so suddenly without any public debate or preparation. A system should be introduced, one should know at school that there is a possibility to serve in the army, one should grow up with this idea", says Danas, 28. 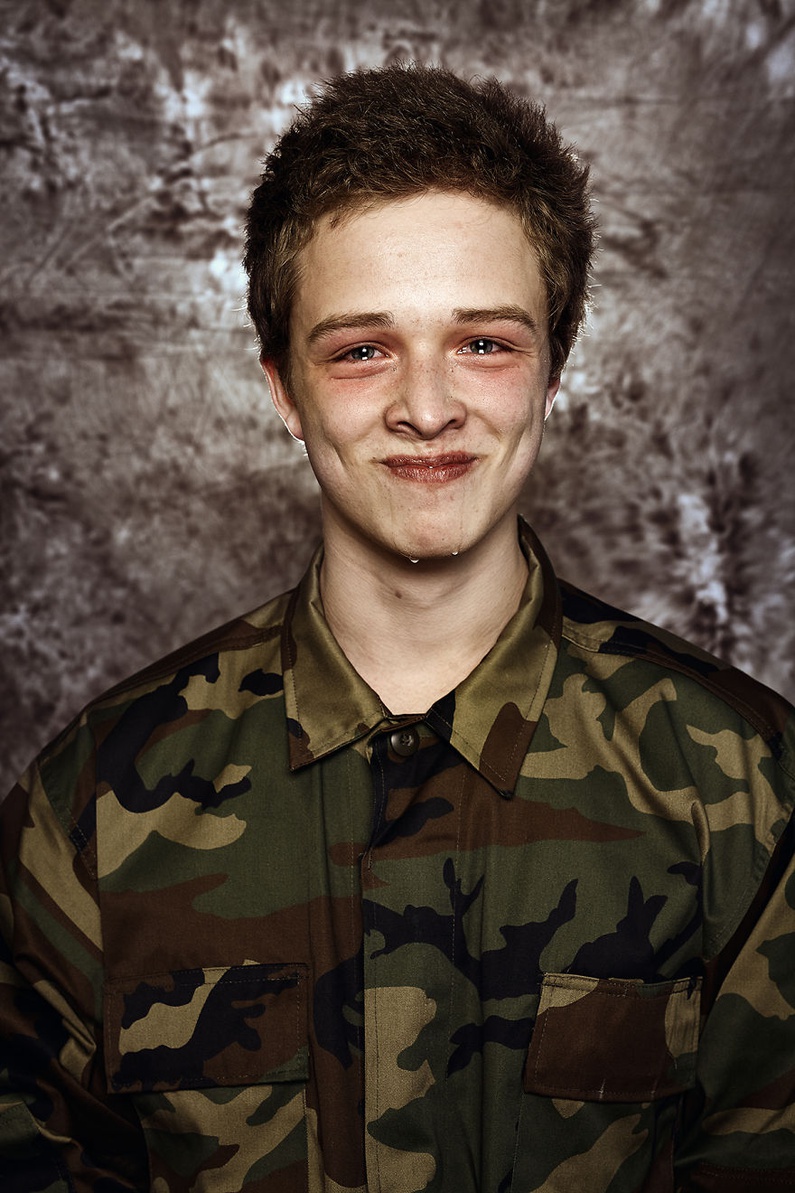 Vytenis, 18, doesn't mind joining the military, but underlines "I was inspired by my friend, a girl, who became a voluntary soldier.""A gun in your hands doesn’t define your manliness", adds same-aged Jaunius. 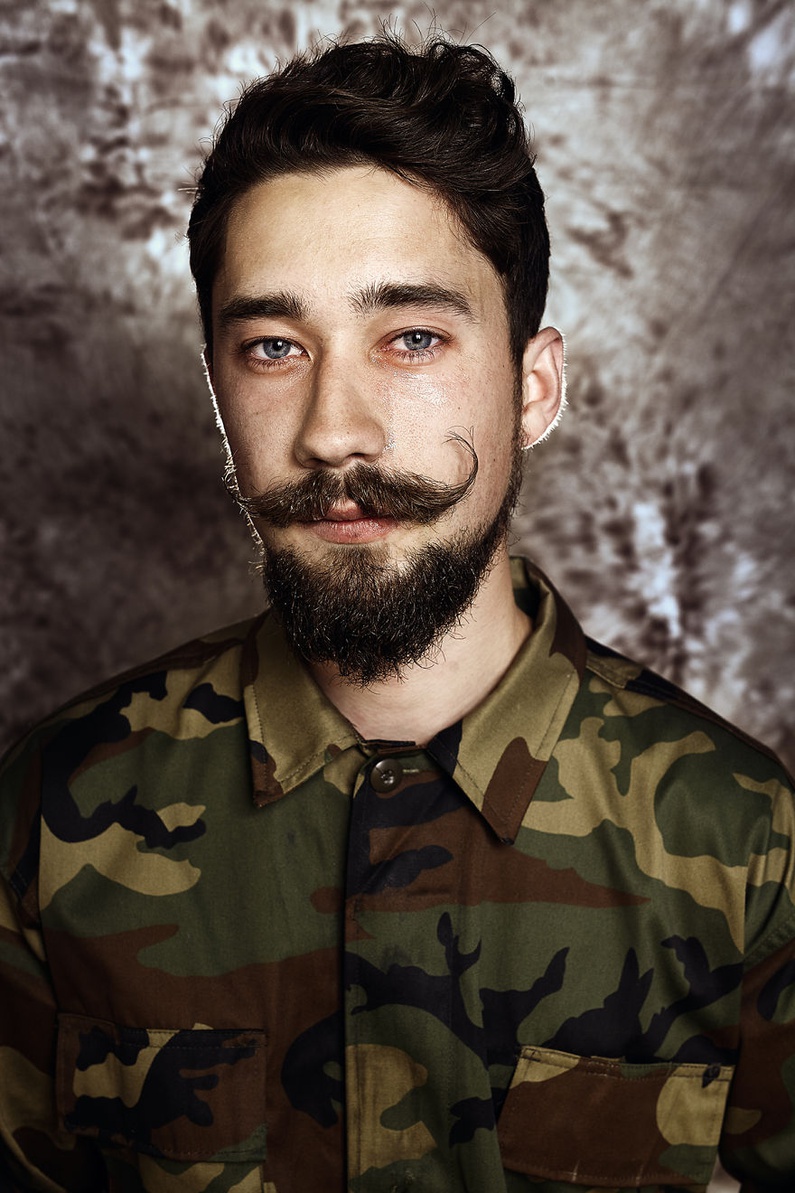 Practical matters have their considerable weight on men's decisions to volunteer or not. "When I was still at school, conscript army was removed. I was very happy then, but when I look back, I realize it was a better time to go to the army than it would be now when I have my own agency and when I have created jobs for other people – I need to look after all of it", claims Mindaugas, aged 25. 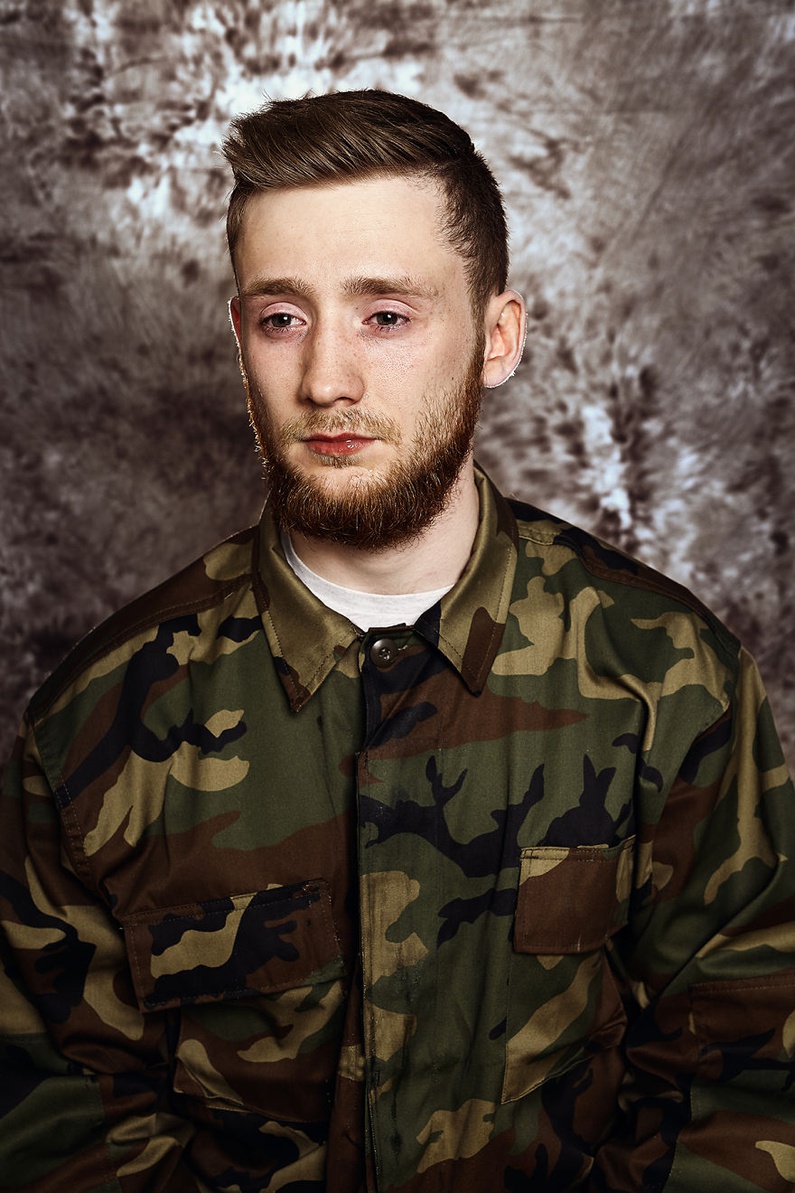 25-year-old Lukas goes even further by declaring: "If I was called to the army, I would try to find a way to avoid it. I have a wife, we are so good together and family for me is first. We have created so much, I wouldn’t want to leave it."

This critical event has become an occasion for men to open up about the sexism they face in their everyday lives through social norms and the (un)spoken ostracism that anti-conformists can face. Furthermore, it challenges gender roles but from a non-traditional perspective, by getting men – furthermore soldiers – to meditate on their own condition of crushed gender.

Other works by Neringa Rekašiūtė can be viewed at the following address: http://neringark.com/