The dating site aims to hook up marriages, but is also trying to uncover the story behind seduction in Europe

Monica Belluci, Penelope Cruz, Sophie Marceau and even Kristin Scott Thomas represent the quintessence of European charm. These luscious, confident, seductive women have that little something that leaves no man cold. No man in the world… Doesn’t the latest film by New Yorker Woody Allen Vicky Christina Barcelona portray its fair share of love in Europe?

But is seduction seen in the same way throughout the Old Continent? Are humour, culture and sportiness qualities that are just as important in London, Seville and Berlin? A study published by the well-known dating web site Meetic and Harris Interactive in September 2008 is trying to determine people’s concept of the ideal woman from a sample of 5, 090 people aged 18 to 64 in France, Great Britain, Italy, Spain and Germany. 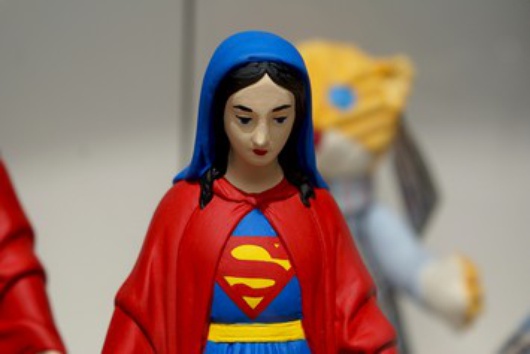 It has to be said that humour is THE character trait which comes out in the survey as an essential quality for many Europeans in their quest for a perfect partner. ‘There are three qualities that one looks for in a woman,’ says Gérard Mermet, the sociologist who created the Meetic survey. ‘Firstly, a sense of humour.’ Then some level of culture and tenderness. Surprisingly, physical attributes come last: with women, athleticism comes in the middle or at the top of the list for only 8% of those surveyed and thinness for 9% of those questioned. Is a wind of change blowing for modern relationships? Let’s keep the benefit of the doubt …

Spanish men are crazy about ‘superwomen’. To be attractive it seems that a woman must, above all, be a modern woman (say 25% of respondents), that is; a professional woman, but she must also be sexually liberated (say 21%). National stereotypes seem to have dropped sharply. For example the Iberian macho man: Spanish men appreciate their partner being tender (40%) and ‘superwomen’ (32%): women who are not afraid to tackle family life and a career.

But what is the European image of the French woman? For 38% of those surveyed, she is the most elegant and cultivated woman in Europe! But beware; her Latin cousins are hot on her heels. Spanish and Italian women were found to have a great sense of humour, charm and tenderness. It seems that in Europe, love is not taken lightly!