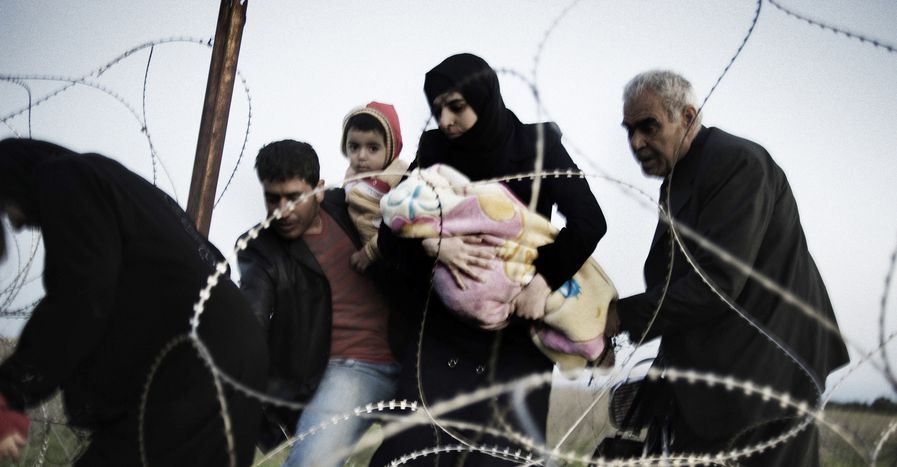 It is absurd to try and negotiate a solution to the refugee crisis with Turkey and to treat it as a safe third country, writes the conservative business daily Naftemporiki: “And all the more so since the country bears responsibility for the situation in Syria through its direct (the bomb attacks against the Kurds) and indirect intervention in the war (backing for the Islamic State). And quite apart from that the deployment of Nato ships to ensure that a coordinated state like Turkey does its work and combats the human trafficking business that has been booming there for years wouldn't be necessary. … Many refugees still live in deplorable conditions in Turkey. Some have been deported to Syria while the security forces were shooting at Syrians who were trying to cross the border. … The EU summit confirms the existence of a very divided Europe that is pursuing a policy of 'give and take' rather than seeking a joint solution in the refugee crisis.” (09/03/2016)

The EU's deal with Turkey for tackling the refugee crisis is a disgrace, writes the liberal online paper T24: “All Europe - and Germany in particular - wants to get rid of the refugees, and there is just one branch it can hang on to for help - Turkey. In this wedding atmosphere Europe is willing to say yes to anything, whether it's the state of liberties and human rights in Turkey or its authoritarian regime. With the statement 'We have no alternative despite everything' the EU has even admitted this openly. It's enough if Turkey agrees to keep the refugees; then it can do whatever it likes within its own borders - the EU won't write up annual reports nor hold Turkey to account, and even if it does take note of something, it will keep it for next spring. This ignorance is very convenient for our leadership.” (08/03/2016)

After reaching a deal with Turkey the EU must not shirk its responsibilities but must keep track of what Turkey does with the money it receives, the conservative daily El Mundo warns: “The EU must clearly define Turkey's obligations regarding the refugees and ensure that Ankara uses the promised money to meet the basic needs of the refugees and to actively combat the trafficking rings that are operating with impunity on its territory. Even if the Balkan route were closed down today, no doubt the unscrupulous human traffickers would simply look for alternative routes in order to continue their lucrative operations. Since the deal includes visa-free travel to Europe for Turks and the resumption of the EU membership negotiations, Brussels must force the government in Ankara to introduce reforms that strengthen democracy in the country.” (08/03/2016)

Finally putting an end to the traffickers' operations - Expressen, Sweden

For the daily Expressen a deal with Turkey would be a step in the right direction: “The EU must not forget with whom it is dealing here. So it's reassuring that so many EU leaders condemned the Turkish regime's takeover of the largest opposition paper Zaman. But the negotiations point in the right direction. … One can disagree over the details but the general direction is welcome news. There must be an end to the illegal and chaotic refugee smuggling in the EU. It is causing mass deaths in the Mediterranean and benefiting the criminal syndicates. Moreover the EU's very existence is at stake here. No one - and certainly not the poor of this world - can benefit from an EU that is falling apart and growing weaker and weaker and thus becoming a homeland for mass nationalism.” (08/03/2016)

Europe is shifting increasingly to the right in the refugee crisis, the centre-left online paper Mediapart laments: “The failure of the European governments is above all so striking in that it stands in stark contrast to the mobilisation of the people of Europe, tens of thousands of whom have continually provided the migrants with aid, protection and charity. ... Rather than heeding this surge of solidarity, most leaders have opted for a closed-border policy, while the selfish and retrograde attitude of the Visegrád Group (Hungary, Poland, Slovakia and the Czech Republic), hitherto in the minority in Brussels, has continued to gain ground. ... Central Europe now seems to be imposing its own agenda, each time along the same lines: when a party in power strongly criticises the refugees, it is overtaken on the right in the next elections. That was the case in October in Poland with the return to power of the ultra-conservative right, and it was the case on the weekend in Slovakia with the far right's entry into parliament.” (08/03/2016)

Reaching agreements with Turkey is crucial despite the government's latest crackdown on critical media, the conservative daily Frankfurter Allgemeine Zeitung believes: “Turkey is a 'key country' not because it has a spotless record on human rights, but simply because of its geographical location (and its geopolitical importance). ... Of course that doesn't mean we must let ourselves be blackmailed by the Turkish leadership, which is doing its best to sweep everything under the carpet of realpolitik. ... The EU has considerable leverage here. Whether or not Turkey will become an EU member, by contrast, is still written in the stars - and in the hands of President Erdoğan, who is systematically distancing himself from the EU's fundamental values. Nobody is ignoring this. But the accusation that negotiating on refugee policy with Erdoğan is tantamount to betraying our own values has nothing to do with reality - or with Europe's best interests.” (08/03/2016)