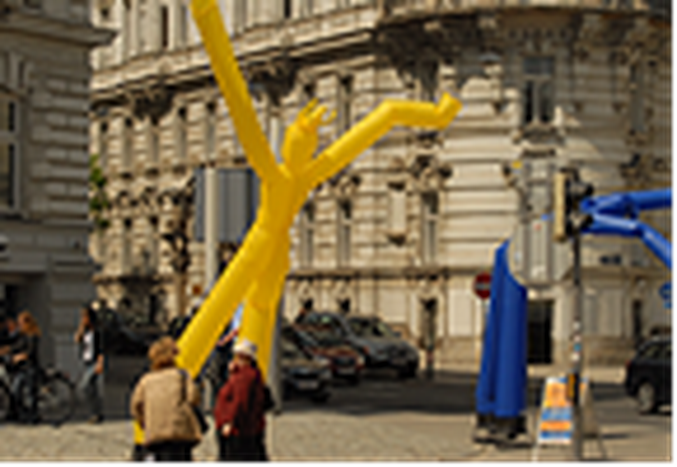 .Europe Day was held on May 9 in Vienna under the banner of human rights. By Audrey Plaza and Perrine Recours. Translation by Perrine Recours. Editing by Alexandra Skwara It was almost impossible to miss: the giant blue and yellow balloons representing fundamental rights caught the eye of any tourist lost on Schwarzenbergplatz.

The visitors were numerous and this initiative quite successful despite the 'competition' of Mother's Day, which fell on the same date. Moreover, some seized this opportunity to come with their family, bringing joy to children who were offered fun activities as well as a face painting workshop.

"Hyvää päivää!" The visitors had the opportunity to learn about a dozen EU languages, from the most spoken (Spanish, French) to the most exotic ones (Latvian, Finnish). Others could try their "Euro-luck" with a European wheel of fortune. The participants could win prizes such as "Euro-pastas" (which, in spite of their name, are made in Austria!) Moreover, many information boards  about democracy, respect for human rights, as well as activities on the different forms of discrimination, were made available to the visitors. The information for the visitors pointed out the different faces of discrimination, be it based on gender, ethnic origin, religious belief, age, sexual orientation, and mental or physical disability.

However, the festive atmosphere should not obscure the main topic of the event - fundamental rights -, as well as the origin of Europe Day. In June 1985, the Milan European Council decided to establish May 9 as "Europe Day" in honour of Robert Schuman's declaration of the 9th May 1950 which laid the foundations

of the European construction. "Europe will be built through concrete achievements which first create a de facto solidarity", he said. Sixty years later, concrete projects carried out under the banner of solidarity contribute to reinforce the European idea.

For that matter, solidarity is a basis for respect for human rights. As for the EU Agency for Fundamental Rights, it was only created on 15 February 2007, as the successor to the European Monitoring Centre on Racism and Xenophobia (EUMC). In 2008, the European Council set 9 priority areas for the Agency. Blanca Tapia, head of communications at the FRA, said that some of these priority areas are for instance children's rights and child protection, asylum and integration of migrants, as well as the information society, including respect for privacy and data protection. The work of the FRA is even more important in that some of the most vulnerable groups in society are not really aware of having fundamental rights. The Roma for example, as victims of discrimination, often feel  exclusion as a fate to which they must resign themselves. This situation is a barried to access to housing, education, healthcare and employment. Therefore the FRA emphasizes the utmost importance of the Roma's participation in policy-making. At the International Day of Roma held in Cordoba on April 7, Morten Kjaerum, Director of the FRA, stated: "As we witness high levels of racially motivated crime against Roma, the highest levels of EU and national authorities must now speak out against anti-Gypsyism and lead by example on human rights protection 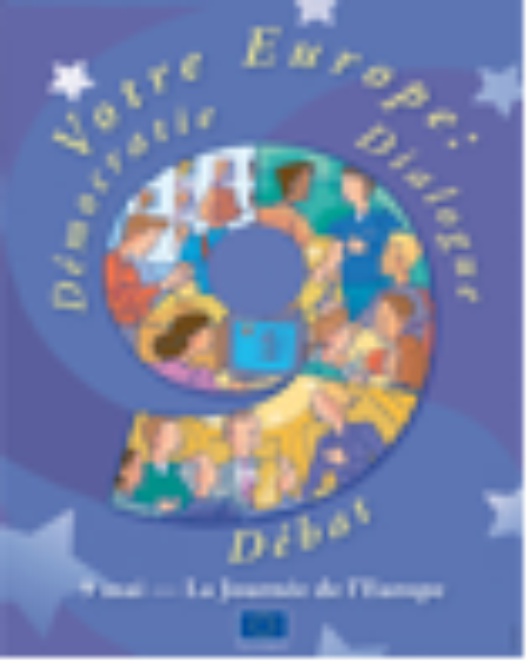 Finally, the EU countries should pay more attention to the needs of asylum-seeking children. In 2009, nearly 15,000 children from Africa, Iraq and Afghanistan  sought asylum in several EU countries, including the UK. These children are sometimes in a grotesque situation, since each member state has its own legislation on the subject - which is not always respectful of human rights. These children are often expelled to the first EU member state in which they arrived.The path to a Europe with more solidarity remains tortuous. The respect for fundamental rights within the European Union probably requires a common policy on asylum and the fight against discrimination, as well as a clear legislative framework in these areas.