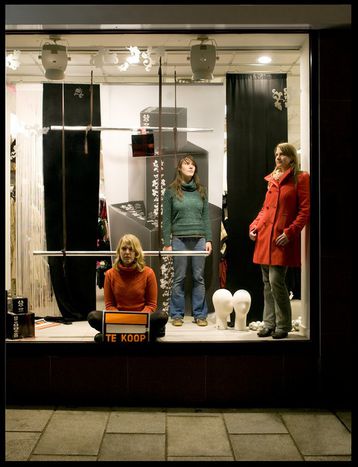 Marketa Tokova, 26: 'erasmus is too vague'

Set up in 1989, the international erasmus student network is the largest and oldest. Results from a 2009 study into whether the celebrated European academic exchange programme is correctly recognised and understood between and in universities appeared negative; we hear from the president of the network on its virtues and faults

The most important figure is presented to us first; only 66% of erasmus students benefit from full recognition of their participation in the programme. In Brussels on 22 January, members of the ESN (international erasmus student network) presented the findings of a qualitative study focussing on the communication policies sent to university students in the erasmus programme, the European credit system and the learning agreement negotiated before heading off to study abroad. More than 100 higher education centres were questioned and some 2, 400 students were surveyed. Marketa Tokova, a twenty-six-year-old Czech, gives us some of their recommendations to improve access to the erasmus programme.

According to the study conducted by ESN in 2009, less than two thirds of erasmus students succeed in the academic value of their year of study abroad being sufficiently recognised. What is blocking this more than twenty years after the creation of the exchange programme? 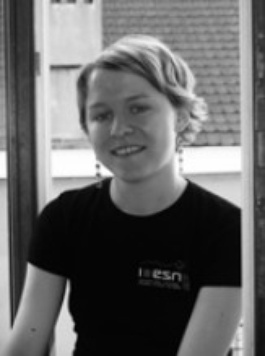 Obviously, the recognition of 'erasmus' in an academic sense is not the only obstacle that prevents students from benefiting from their university exchange in Europe. For many students, the problem is also financial, or cultural. The student must feel ready to live in a country completely different to their own because sometimes the cultural shock is very difficult. This said the moment that a year abroad is considered in their ‘home’ university, there is often not enough information to guide them. There are many documents to be filled out, a learning agreement to be negotiated and  it is easy to feel discouraged without the right guidance. On their return, it is common to have to recommence certain classes to have their degree recognised. Therefore the information being communicated to the students is an issue. Several people intervene in the process of the learning contract. Sometimes what is agreed before the arrival of the student with the international relations office of one university does not correspond with the expectations of the programme directors on the student’s return. Sometimes the students do not follow instructions or respect deadlines for their work; this can also pose problems for those completing the programme.

Doesn’t the European system of the transference of credits resolve the problem of finding equivalents of classes followed in the host university?

The European system of transference and of accumulation of credits does, of course, improve the recognition of marks obtained in their host university. But we have found that they are often very badly used and difficult to understand or to put into place. Many things are being considered as a remedy to that, and to make erasmus a little more user-friendly. We are recommending that universities focus less on the exact title of the course that has been followed and favour the competences, the tools and the skills that have been acquired. An exchange student can never be compared with a ‘native’ student. Generally speaking, the learning contract should be more detailed and a user’s guide should be provided. Currently, everything is too vague. The European credit system should, itself, be explained better to the universities involved.

Is the erasmus programme still a vital asset in a student’s learning career and also in finding employment?

An erasmus year is still something interesting to add to a CV, but we are seeing that at the moment this is more the case for students from the new member states of the European Union. In Bulgaria or in Romania, for example, it is seen as a great thing to have experienced studying abroad and as such, erasmus is still something rather unique. On the other hand, in the older member states, as different types of study programmes and exchanges are multiplying, the choices available are larger and I think that this is playing a part in the decline of the erasmus programme.