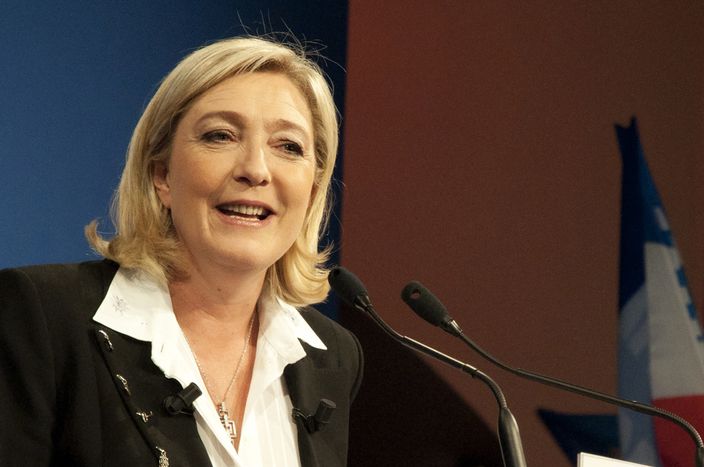 The following is an open letter written by Marea Granate, a community of Spaniards who have been forced to move abroad for economic reasons, and addressed to the president of the Front National in France, Marine Le Pen.

Following your recent statements appealing to the forced migration of the Spanish youth (7 September, Fréjus), Marea Granate — a community of Spaniards who have been forced to emigrate for economic reasons — would like to make it clear that:

We Spanish emigrants express our total rejection of your demagogic application of the migratory phenomenon in Europe, as well as your use of any of our campaign slogans [“No nos vamos; nos echan” — “We’re not leaving; they’re throwing us out”]. We recognise that the ability to move freely between countries is a right laid out in European legislation, just like the right to employment (despite the fact that you seem to associate the latter with the territory in which one is born).

Although our forced migration is due in large part to the austerity measures enforced by the Troika, we seriously doubt that you will be capable of rectifying this, bearing in mind the conceptual gap evidenced by the economic programme of the Front National. May we remind you, for example, that financial speculation is one of the causes of the economic crisis which affects France so acutely, and against which your party has no concrete action plan other than leaving the euro and reinstating the national currency.

We are also disgusted by how your party criminalises immigration and associates it constantly with the economic crisis, in a vain attempt to justify your xenophobia with the international economic situation, rallying the nation and inciting a fear of otherness with the sole objective of obtaining votes. We would also like to remind you of the economic boost which immigration has offered France throughout its history; a large part of this can be attributed to our own grandparents who, like us, emigrated and contributed to the French welfare state and prosperity from the 1960s onwards with tremendous effort and work away from their homeland.

We also completely reject the Front National’s racist and xenophobic speech, which is an attack against the most fundamental human rights. May we remind you that the colonialism and pillaging which great powers like France and Spain have systematically exercised — and continue to exercise — over more disadvantaged countries, are what have caused hunger and suffering, with these being the primary reason for a large amount of the migratory movements that occur. We see tremendous hypocrisy in your provisions to control the migratory flow at your own will in order to extract the “foreign talent”, which only serves to generate even more inequality between countries. This is a measure which, unfortunately, is promoted nowadays by several governments in the European Union and fully accepted by ours.

We are frightened by the resurgence of fascism thanks to speeches like yours, and we are disgusted by the fact that our slogans are being hijacked for this cause, the slogans of solidarity groups like us that work tirelessly for the protection of human rights and social justice.

To conclude, Ms. Le Pen, we shall take the liberty of recommending that you do two things: read more and, above all, travel more. Long gone are the days of racist barbarities in Europe and they brought us nothing but pain and suffering.

With all due respect, we beg that you please stop resorting to cheap demagoguery at our expense. Ms. Le Pen, NOT IN OUR NAME.