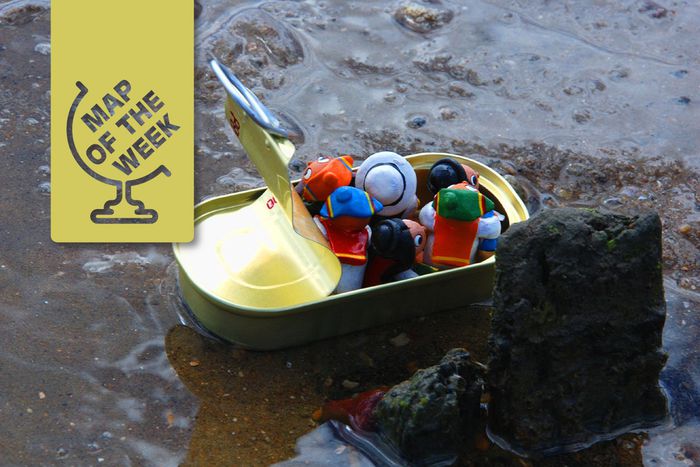 Map of the week: Refugees in Europe

In just the last week, hundreds more refugees drowned in the Mediterranean on their way to Europe. Never before have so many people fled from their home countries, as they did in 2014. But how are European nations addressing this refugee crisis in practice? Check out our map of the week. 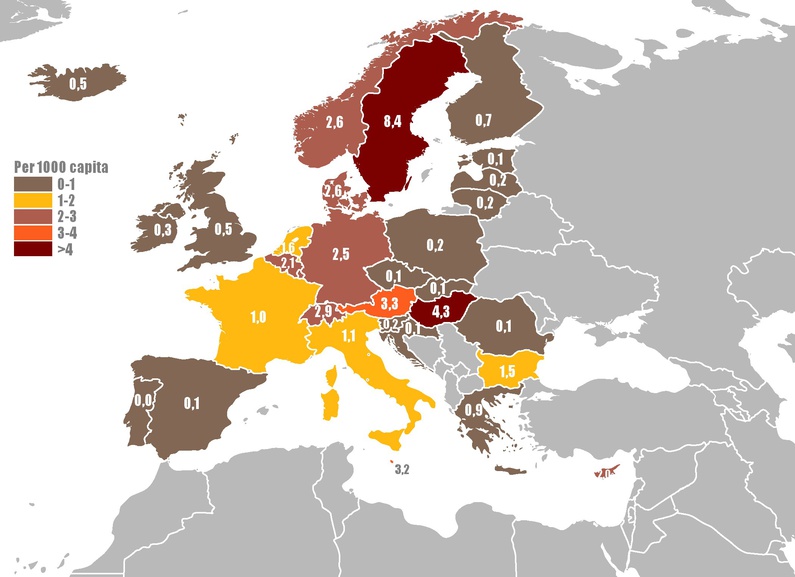 "A boat is fun, a boat, it's beautiful," goes the refrain of an old German folk song ["Eine Bootsfahrt Die ist lustig, eine Bootsfahrt, die ist schön"]. It's the case when your name is Angela Merkel, Frederik Reinfeldt (the former Prime Minister of Sweden, ed.) or David Cameron and you paddle in the calm waters of Sweden.

It is precisely this idyllic image that Amnesty International has relayed against so many migrant tragedies, to demonstrate the inadequacy of the plans put in place by the EU and European leaders to tackle the worsening situation in the Mediterranean. The EU met this week and decided upon a ten-point plan, involving military operations against smugglers and destroying boats. But we are still waiting to see what a humane migration policy could actually look like. 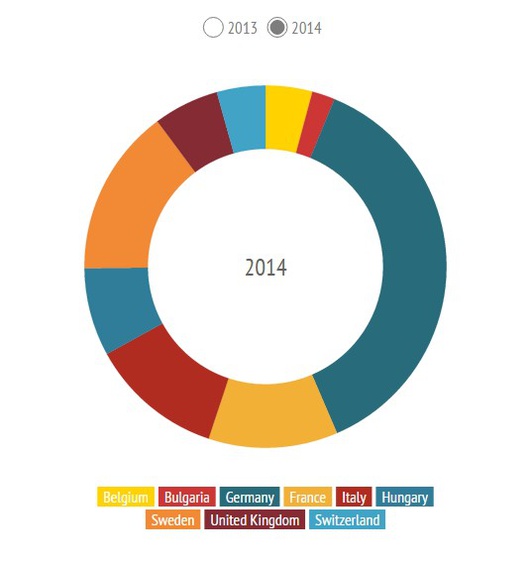 In recent days, several boats, full with hundreds of refugees, capsized  on Europe's doorstep again. In the Mediterranean, people have lost their lives fleeing civil war in their homeland, mainly from Syria or Libya. Never before have so many people taken this risk as in 2014, such is their desperation to escape violence and instability. The number of asylum applications increased by 44% between 2013 and 2014. 626,000 people have applied for asylum in Europe in 2014. In addition, there more than 5 million undocumented migrants i.e. those living without any legal status.

The majority of applications in 2014 were in Germany, which took on the largest number of refugees in Europe (see infographic). But it is important to take another statistic on board. When considering the number of refugees in relation to the number of inhabitants in a country, Sweden is the EU Member State which granted asylum to the most people in 2014: for every 1,000 people there are 8.4 asylum seekers, while in Germany there are only 2.5 refugees per 1000 inhabitants welcome. Even Hungary, if we look at its population, takes significantly more refugees than its European neighbors. Let's hope that European nations can quickly reach a proper solution to prevent more people dying in our waters in search of a better life.

Translated from Map of the week: Gestrandet in Europa