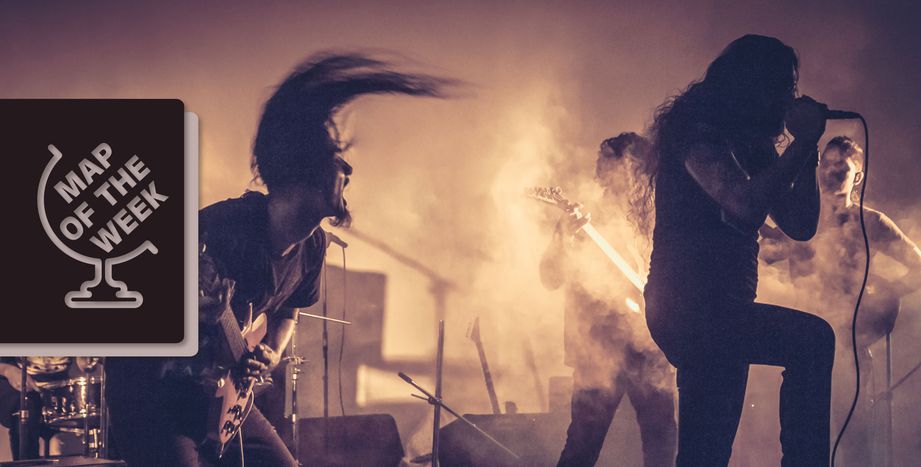 Map of the Week: Metal Bands in Europe

Ever since Lordi’s Hard Rock Hallelujah, we’ve known that Europe’s upper latitudes have a penchant for excessive guitar shredding and eccentric costume design. But the band is just one of more than 4,400 metal groups currently head banging their way across Finland, making it the European country with the highest heavy metal density.

Ask young Europeans to name a metal band, and Rammstein is often the first name that comes to mind. But even if the German group is breaking the genre’s sales records, they didn’t come out of Europe’s largest metalhead factory: Scandinavia.

While Germany can boast just 122 metal bands per 1 million inhabitants, Finland counts 630 such acts. Sweden and Norway have 428 and 299 respectively – that’s still more than twice as much screaming as the Germans. Only the Greeks can hold a candle to the great black north, with 162 bands per million citizens. Here’s a little taste of one of them. 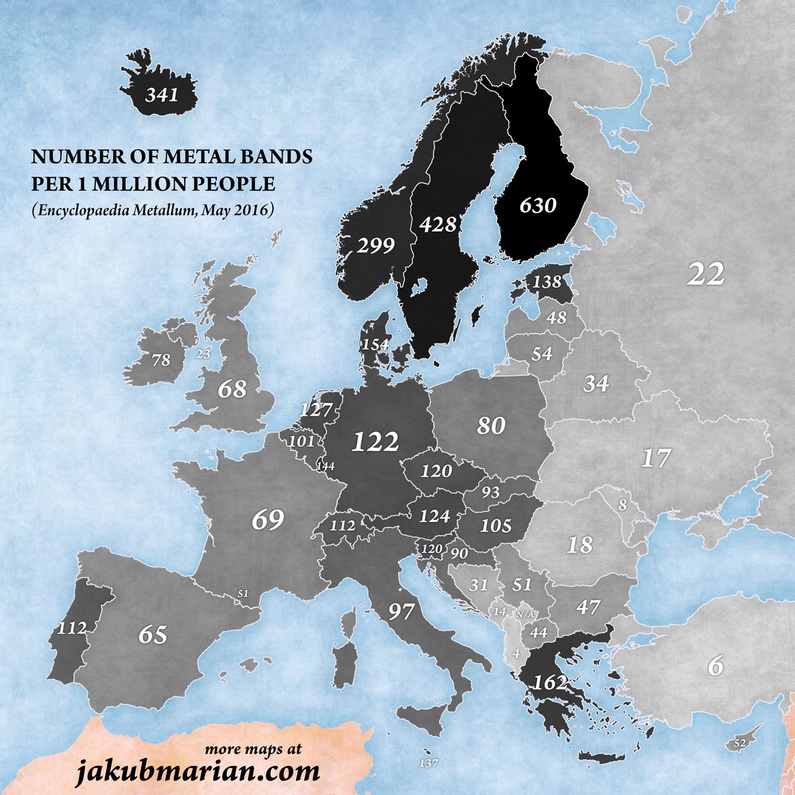 Translated from Map of the Week: Metalband-Dichte in Europa