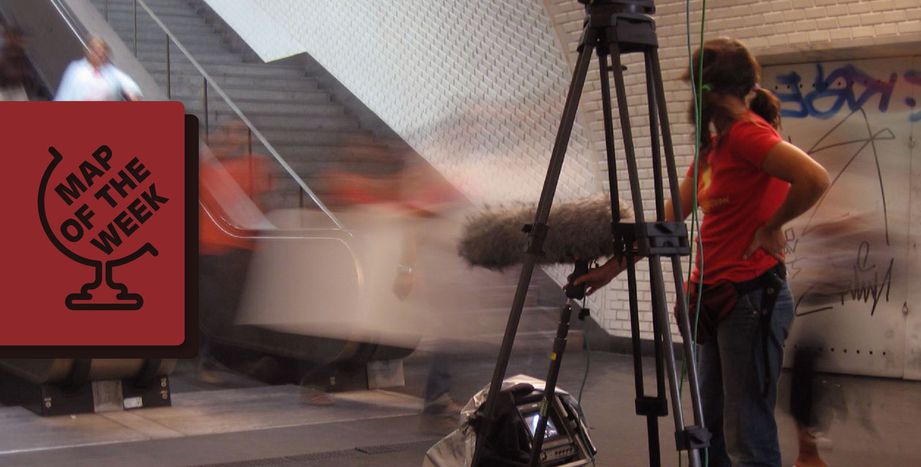 Map of the week: Female directors in European cinema

When you think about the glitz and glamour of the cinema you immediately conjure up images of actresses on the red carpet, but how many women do you find behind the camera? The silver screen seems to be yet another victim of the gender disparity across the continent. We looked at the situation in 10 European countries.

Between 2003 and 2012, Europe produced 9,072 films. Female directors have participated in 1,592 productions, but only 1,479 were solely directed by women – that’s according to a study led by the European Audiovisual Observatory. The percentage of female-directed films has increased by 35.7% in the space of ten years. It’s a significant number, but not enough to overtake their male colleagues. If the rate of growth stays the same, it will take 51 years to realise gender parity behind the camera.

In the list of the 50 biggest box office hits between 2003 and 2012, you leave of the top ten before you hit a film directed by a woman. Bridget Jones: The Edge of Reason by Beeban Kidron rests in 13th place, behind Skyfall (2012) and the three final Harry Potter chapters – all directed by men.

According to the data available, the European country with the highest percentage of female directors is France, counting more than 300 films directed by women. Next comes Germany with nearly 150 contributions, before Italy, the United Kingdom and Spain, all of which count less than 100.

Finally, even if the northern European countries are in first place when it comes to equal gender rights, they are still behind when it comes to female led cinematic output. In ten years, women in the Netherlands, Denmark, Sweden and Norway have directed less than 60 films respectively. 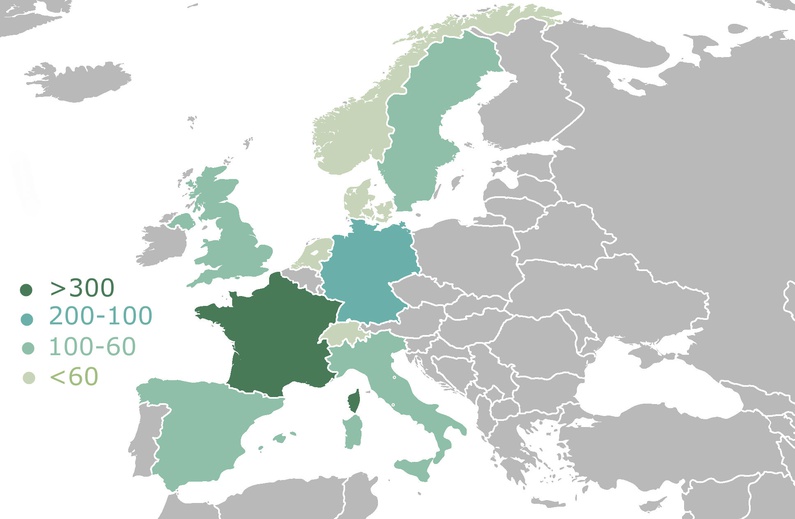 Number of films directed by women between 2003 and 2012 per country.