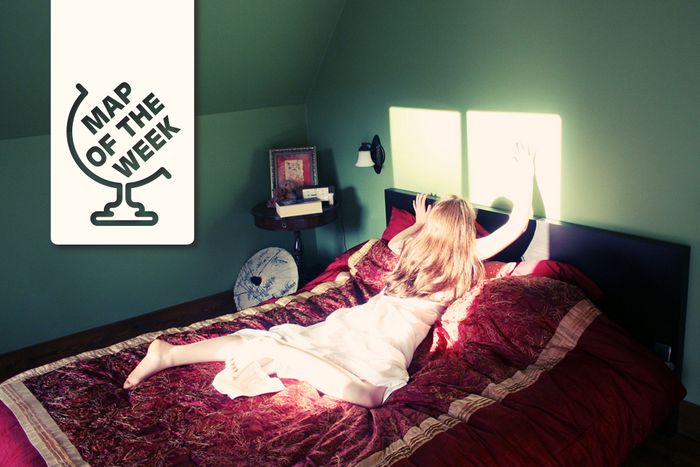 Contrary to rumours in Europe, Italy doesn't have a monopoly on the amount of young adults who are still staying at the family nest. The EU-SILC (EU Statistics on Income and Living Conditions) has calculated the percentage of 25-34 year olds still living with their parents across 32 European countries in 2013.

Call it what you want: the quarter-life crisis, the boomerang generation, or the rise of the Adultescent. This is the story of young adults who, for whatever reason, are still living in the family home. This could mean anything from impacts of austerity policies and high rents to a lack of jobs.

When every parent's dream of their kids returning to the nest takes shape, sometimes it can become a nightmare. Regardless, the Danes, followed closely by other Scandinavians, don't have to worry about this issue because only 1.4% of young people 24-35 years are still with mom and dad.

However, the problem is more serious in the Balkans, particularly in Croatia, where 58.9% of young adults still live in the family home. Italy's generation boomerang, by contrast, only forms 49.4%  of the studied age group. In comparison, young French, German and British adults tend to stand on their own feet quickly, with their Adultescents ranging between 11% to 17% of 25-34 year-olds. 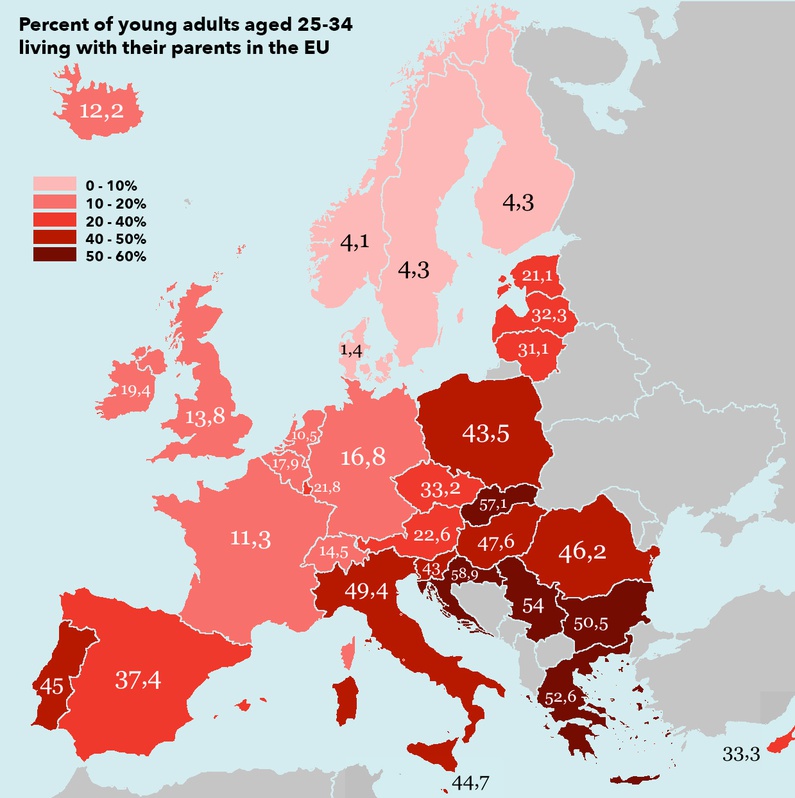