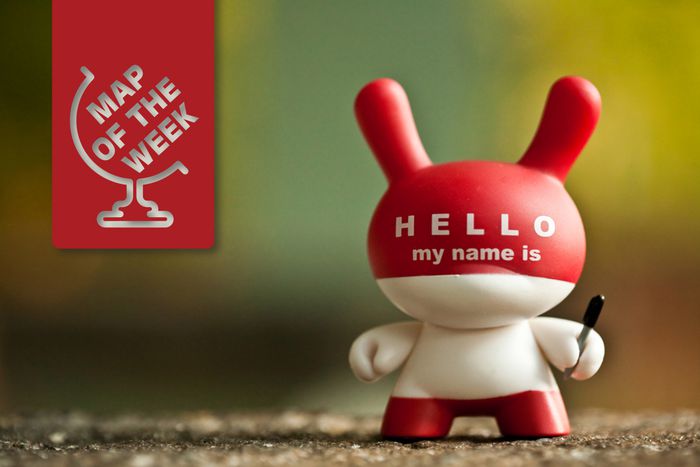 Map of the week: Europe's most common surnames

What are the most common surnames across Europe? We show every Martínez, Sánchez and García in Spain that each nation has a surname that has become a hallmark of the place.

When the editor of the Italian version of Cafébabel, Cecilia Bacci, heard about a map of European surnames first thing that crossed her mind was Rossi. And voilà, Rossi is indeed one of the most common in Italy with more than 85,000 people bearing the surname, according to the Italian Institute of Statistics (ISTAT).

In Spain the majority of García nearly a million and a half people, followed by Gonzalez and Rodriguez, according to the National Statistics Institute (INE). The number of Martin's in France far exceeds 300,000, according to the Etymological Dictionary of Surnames Archives & Culture portal.

In the UK, Smith is one of the most common and the first to go across the pond and settle in US phone books. If Smith comes from Old English, referring to someone who worked with iron - just like Herrera in Spain, Lefebvre in France, and  Müller in Germany traditionally designated who ran a mill.

For Poland, the surname Nowak is most frequent, with surnames derived from it common in Central Europe. It finds its origins in the Slavic languages ​​to refer to those who are "new" i.e. from abroad. 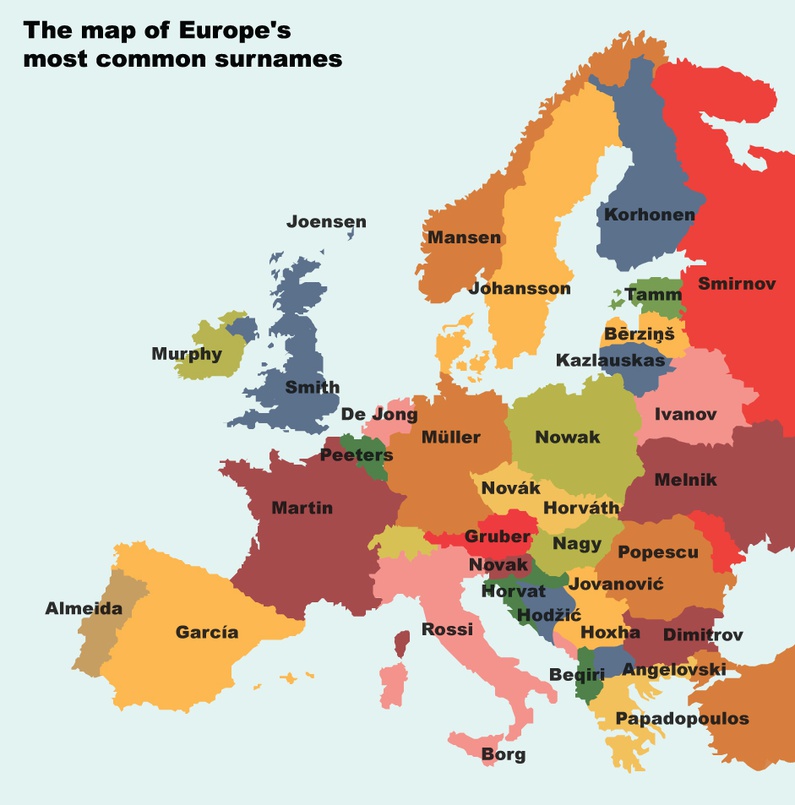