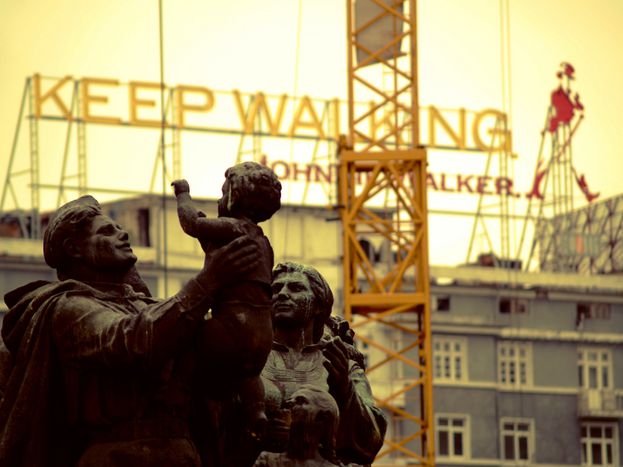 With only 18% of the vote in the last legislative elections in September 2009, the Bulgarian socialist party (BSP) is nowadays a rather sluggish opposition. Its leaders, nostalgic former communists, are joined on the left of the political spectrum by youngsters with ideas and dreams. Part two in a five part 'EU crisis on the ground' city series

In 1989, central and eastern European countries each underwent revolutions: democratic, velvet, violent or otherwise... In Bulgaria, the revolution was at the Palace. Either through street protests or fierce opposition, the country lived in a lethargic state of communism, slowly disintegrating away. Fine connoisseurs of the game of politics, those in power then devised a brilliant idea: transform the communist party into a socialist party seeking democratic change by simply changing its name...

‘From that moment, the socialist party, the direct heir of the old nomenklatura, became a de facto conservative party,’ analyses Ivo Petkov, a Bulgarian journalist who has been committed to the left for some years now. ‘Since the right launched itself into reforms to transform the country, the left took the opposite path, seeking to weaken them, while protecting the privileges of old age and talking them down with half-words. This posture can be understood because the men who made up the BSP were former communists. As for their constituents, either they lost a lot with the transition, such as pensioners, or they still firmly believe in a certain form of socialism.’ 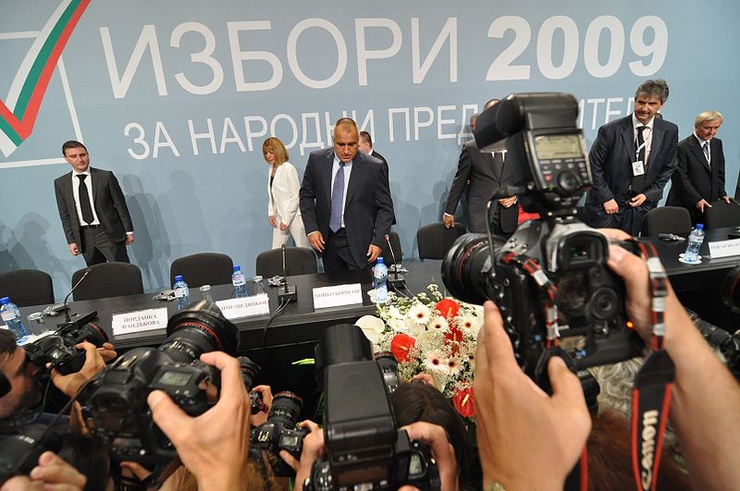 With no policies for the future and a general lack of activism, sclerosis gradually won over the Bulgarian left, as well as one local peculiarity: the creation of a new class. Indeed, in a country plagued by corruption, the political parties are no exception. ‘Those who lead the BSP have regained power through being capitalists rather than left-wing. And the party's children then took over from their 'parents',’ explains Antoni Galabov, a professor at the new Bulgarian university. For example, in 2007, the socialist members of parliament, members of the coalition government, voted in favour of a flat-rate tax that was imposed upon all Bulgarian households at 10%. A move that hardly constituted a socialist vision of society... 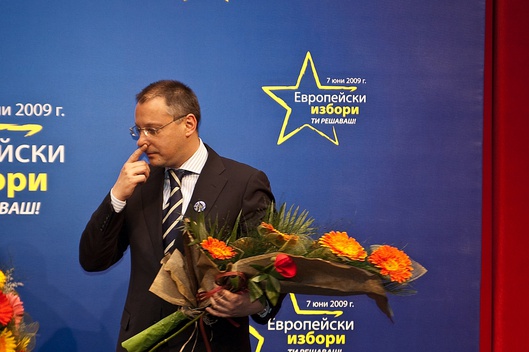 In 2005, the party's score was still 33.8% in the national elections. Facing a rise of the centre-right, the left was no longer the shadow of its former self. ‘The BSP today suffers from a crisis of confidence. It gives out the impression of a party in power but it is incapable of winning. Two decades after the regime change, it simply now has to standardise itself.’ The president of the republic, Georgi Parvanov, is a true socialist, but his powers are very limited. Rumours are flying about that he would like to create his own party in two years time, to assure his political survival - nothing to do with the overhaul of the left.

The left that moves

In an attempt to create a real force of opposition, a Bulgarian party for the ‘people of the left’, attempts will have to be made to reorganise and reform the party. ‘...Which is not easy in a country what has had a tradition of passivity and where two million people (about 8.5 million in 1989) have emigrated away from,’ notes Ivo Petkov, who along with other socialist party militants has created a discussion group entitled solidarity Bulgaria. ‘We think that we must first attempt to change the party from the inside before we consider leaving it to create another one. We number some 300 people, and are active on the web but also in the press, in forums and in civil society. What we want is a left in sync with a society which has changed.’

The mission that this group of volunteers has set itself indeed seems to be a noble one. Yet when the question of the group's intentions is put to the BSP members, their responses leave much doubt over the feasibility of any future reform. ‘They ignore us; it is as if we did not exist. Also, some of us who had other responsibilities are quietly discarded to the sidelines.’ The swansong of the old guard...

While the solidarity Bulgaria group brings together people of a certain calibre, young people also participate in the collective effort. Ilia Markov, a young 25-year-old Bulgarian and former member of the young socialists, tells all. ‘I could no longer remain part of the BSP, where I had contributed my efforts for six years. It is too far detached from the values of the left. It is an oligarchic party. Young people no longer believe in it.’

‘The BSP is an oligarchic party. Young people no longer believe in it’

In recent months Markov has worked with a dozen others to create a left-wing think tank called the social alternatives forum. ‘What we wanted to do has nothing in common with the BSP, which we think has just become a burden left by the communist era. For them, power is linked to money and family ties. The leaders are responsible for that for sure, but also the base which supports them whatever they say or do.’ The dream of what is still only a think tank (but might evolve eventually into a political party judging by the initiative's success) is to become a real social democratic party in Bulgaria. Ilia speaks numerous times about the actions of former British prime minister Tony Blair and of a pragmatic left. ‘This new left will not happen through a revolution but through the improving of our system and its application to European standards (financial transparency, fair electoral law, independent media outlets, social security...) and through debates on important social issues such as the rights of homosexuals. We tried to put these on the agenda when we were still in the BSP. But we were refused.’

‘Many people in Bulgaria are left-wing but do not dare to say it because of the very situation the party finds itself in,’ Ilia says. In 2007, for the first time, the number of left-wing parties represented in the election was greater than the number representing the right. But the extreme side of this wing could play on the social aspects and achieve a degree of success among parts of the population that do not see their everyday living conditions improve... ‘That would be catastrophic,’ Antoni Galabov concludes, ‘since the emergence of a true social democrat party would then become more difficult.’

Read this article in Bulgarian

Many thanks to the cafebabel.com team in Sofia. Read their blog here