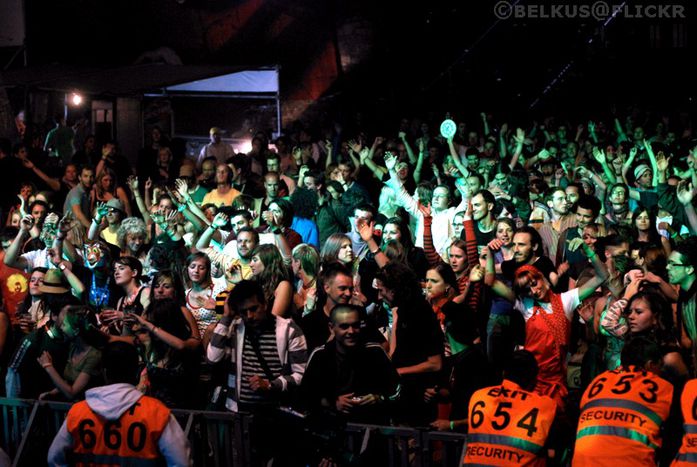 As various legends take to the stage from 10-13 July, a local fan on how the ancient city of Novi Sad plays host to the most remarkable musical event in Europe

Situated on the Danube, the mighty Petrovaradin Fortress dates to the seventeenth century. Novi Sad, a city on the cliffs, surrounds it. Like many formative cultural events of note, its homegrown Exit festival started out in 2000 with student protests, directly before the first democratic election in Serbia, as 20, 000 young people counted down the last days of the abhorrent regime with a hundred days and nights of music. The protests which contributed to the collapse of the Miloševic regime. The festival was founded by a group of students from the University of Novi Sad and was meant to symbolise an ‘Exit’ or departure from the tragic final decades of the twentieth century. 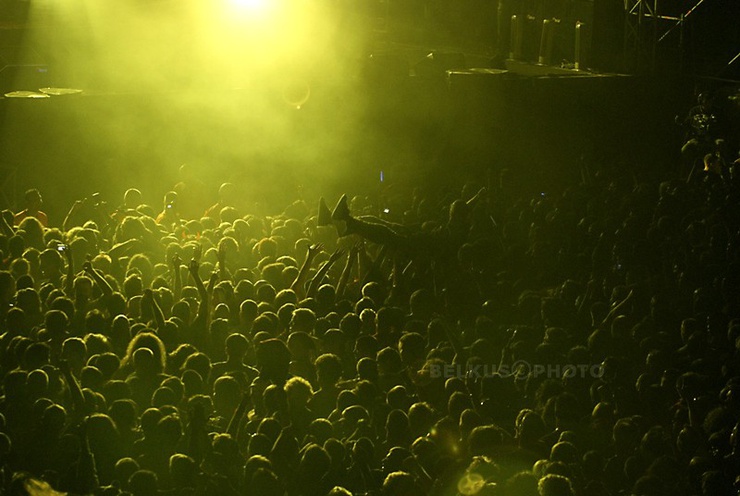 The spontaneity and the political background of the event have ensured that participants remember the first Exit festival as the best one ever. By now, every major band in Serbia has played in Novi Sad. The organisers list off ‘34 concerts, 12 performances, over 120 film screenings, 20 stages, 40 amazing parties…’

Young Serbs who only dimly remember the ‘good old days’ of the Yugoslav music scene are determined to make something that reflects their own culture. ‘We want something to free us from the gloom we are stuck in and open our eyes to the future. We’ve been waiting ten years already; the future has already begun,’ they say. 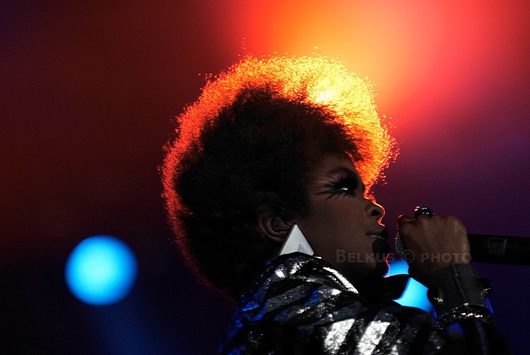 A year later there were already over twenty foreign bands performing. Nine days and nights later, over 30, 000 people had collected on the lawns of the Petrovaradin Fortress. ‘Above us the starry sky, below us the Danube, and in between the music,’ gushes Ivan Benašić, a journalist from the newspaper Blic. Performers and participants have converged every year since 2000, including the likes of Massive Attack, the Beastie Boys and Lauryn Hill. At the 2007 UK Festival Awards, Exit won the award for best European Music Festival.

On the footpath are bathtubs, washtubs, and plastic buckets, filled with ice cold beer cans and vodka bottles. Children sell posters bearing the EXIT logo. The Freedom Bridge, which connects the Fortress with the city, is lined with touristy convenience stores. The bridge, rebuilt a few years after the NATO bombing at a cost of forty million euros, is a perpetual reminder to Serbs of the animosity felt towards the United States and NATO. During the festival, the feelings of frustration and isolation are dissipated.

‘Just incredible energy. A few days of excitement and pure fun. It’s the most fun I’ve ever had!’ says 23-year-old Sanja, a sociology student from Novi Sad. ‘Really insane!’ adds Srdjan, 25, who can’t afford a ticket this year. The ticket sale price – 5, 500 dinars (70 euros) – is equal to a third of the average monthly income in Serbia.

Five years on, Exit is now getting involved in the community. In 2005, there was a minute of silence to mark the ten year anniversary of the massacre at Srebrenica. The government at the time threatened the organisers that the festival would never take place again if there was any kind of moment of silence. Among Serbian youth, there was a feeling that the pressure to have the memorial seemed like more political manipulation, and wanted to have the festival after the Srebrenica anniversary. ‘But the majority of people respected the minute of silence; it was so tense that no one could talk,’ says Ivan, an electrical engineering student.

Following similar events around the world, Exit organisers have set up a welfare stage to respond to festival-goers’ health and safety needs. It is composed of several different organisations, offering to help solve immediate problems. There is also the chance to get some peace and quiet and to express one’s feelings in the ‘creative corner.’ Emotional support is taken care of by representatives of the Serbian organisation Srce and the British Samaritans, who offer a daily telephone help-line for young people to confide in.

Along with MTV Europe, Exit presents and discusses current issues with the slogan ‘Free your mind’. Issues include human trafficking and abuse in this part of Europe. Exit urges young people to get involved in society and to fight for their future. Together with the British embassy, the Novi Sad Youth Centre organises the programme ‘Enter UK’. The organisers of the festival give Serbian and foreign non-governmental organisations free information stands on request; last year there were over 100 stands in total.

Funds from the stability pact for the Balkans have allowed for improvements to infrastructure, modernisation of border crossings and the building of highways in the south of the country. However the standard of living for Serbs has not recovered to pre-war levels. The atmosphere is pessimistic, and the cost of living is rising, as food, services, and rent are becoming more expensive.

Although Belgrade is only an hour’s flight from Vienna, and even closer to Ljubljana and Sofia, travelling anywhere outside the borders of the ‘reservation’ (as Serbs call their country) is expensive, and it is difficult to get the necessary visas. The irritation over the recognition of the February 2008 independence of Kosovo strengthens feelings of resentment and alienates the country ever further from the EU. Serbs are already tired and there is a strong attitude among the young that to move forward, people have to stop looking to the past all the time. However for many, the approaching Exit 2008 will be an opportunity to protest against the independence of Kosovo.