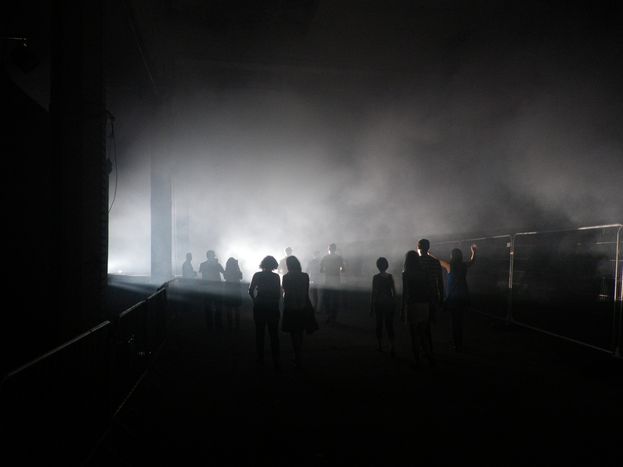 Just two and a half weeks before the parliamentary election, Britain has been rocked by the attack in Manchester. Election campaign appearances have been called off for the time being, with Prime Minister May and her opponent Corbyn avoiding any political assessment of the attack. Commentators are divided as to whether it is right to suspend the election.

Financial Times: Not the time for aggressive tones; Britain

The terrorists will not achieve their malicious goals because the people in Britain showed unity, readiness to help and level-headedness at all levels following the attack, praises the Financial Times: "British politicians have reacted in the right way. The election campaign has been temporarily suspended. The political leaders have called for unity in the wake of the attack. Prime Minister Theresa May, Opposition leader Jeremy Corbyn and Mayor of Manchester, Andrew Burnham, struck the right tone as they called for calm. Those who perpetrated the attack want to sow division and undermine the values of British democracy. The reaction in Manchester, where everyone - from the emergency services to the taxi drivers - lent a hand to help the victims and the grieving families, is the best response to the actions of the agents of terror."

By contrast, it is important, in order to show the resilience of democracy, that the Brits resume the election campaign quickly, thinks Politiken: "We have to continue with our everyday activities, and Britain is currently in the midst of an election campaign. It is understandable and right to have a pause today; but it is crucial that the campaign resumes tomorrow. Because it is the strength of democracy that we are many who live together in a well-organised society - a pluralistic society in which diverse views can be found. However, there is one thing that must never have a place in our society: we must not accept violence and terror and allow ourselves to be driven back by evil. Our solidarity and our strength day to day will defeat terrorism. And we will win - in spite of this terrible act.“

After the attack in Manchester, Prime Minister Theresa May's election victory is inevitable, believes the Tages-Anzeiger: "Her resolute demeanour and her simultaneous hospital visits, like a true Mother Theresa, speak for themselves. Although timid voices in opposition circles question whether May, in her long-standing position as Home Secretary, has done enough to protect the country from terrorists. We will hear more on this topic only when the feeling of unity starts to fade over the next few days. However, for the moment, out of respect for the victims of the attack in Manchester, no commentator is venturing this 'politically motivated' question. And until that happens, the polls are likely to show a renewed gain in momentum for Theresa May in voter popularity in the long run. Can May yet be stopped before this election? Indeed, it was already rather unlikely beforehand that anyone would knock her off her podium as a 'strong leader'. After Manchester it's as good as impossible."

Der Standard: Security must not suffer under Brexit; Austria

For the daily newspaper Der Standard, the attack shows how important the European cooperation on security will remain in spite of Brexit: "With the exit from the European Union, the nation is also heading towards a situation which will at least alter the concept of security for the EU and Britain. Much was discussed at the end of March about the proposition to the EU in Theresa May's Brexit brief: should no withdrawal agreement come about, this could 'weaken the cooperation in the fight against crime and terror'. Allegations of extortion, which arose immediately, were swiftly dismissed at the time by the Brits. Yet it is still up in the air how a further collaboration with the police authority Europol, for example, might look after the withdrawal from the EU is complete. However, against the background of the continuing terror threat in Europe, the mutual interest to further maintain the confidential exchange of information should be great."