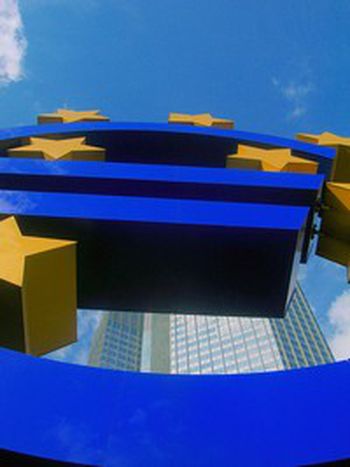 Malta and Cyprus to adopt the Euro by 2008

By 1 January 2008, the Maltese lira and Cypriot pound will have followed in the footsteps of the Slovenian tolar, which was extinguished with the adoption of the Euro on 1 January 2007. All three entered the European Union as official members alongside seven other states in May 2004, in what remains to date the EU’s biggest enlargement.

Three years later, and the two Mediterranean island nations have quickly adapted to Europe’s economic criteria, with no major setbacks. But they await endorsement from European finance ministers on 10 July, in a meeting which will also fix the final conversion rates for their respective currencies. What exactly is this criteria; will their Eurozone entry impact on the EU’s economy - and do the Maltese and Cypriots get the last word?

In order for states to adopt the Euro, they have to meet the 'Convergence Criteria' - also known as the 'Maastricht Criteria'. Technically, it means that EU member states enter the third stage of the European Economic and Monetary Union to adopt the Euro. There are four main criteria: an inflation rate that should not exceed 1.5% of the three best performing states in the EU, government debt to GDP that must not exceed 60%, stable exchange rates and finally, long-term interest rates that should not exceed the three best performing states by 2%.

There was one requirement that Malta and Cyprus did not meet however - the public deficit rate. Malta’s government debt to GDP ratio is beyond 60%, standing at 66.5% last year, as well as Cyprus who had a ratio of 65.3%. In Cyprus’ case, the ratio is expected to fall at 61.5% this year, and Malta at 65.9%.

There are some who are against giving up their old currencies however. Charles Mangion, Malta's Labour party deputy leader for parliamentary affairs, said that the convergence report 'means that there was no progress in the social situation of Maltese families since the year 2000.'

In Cyprus some voices expressed their pessimism. '43% of Cypriots are not aware that Euro banknotes are the same in all countries, while 55% of Cypriots do not know that Euro coin designs vary from country to country,' slammed the Cyprus Mail English-language daily, denouncing the fact that Cypriots did not know what the Euro really is. 'It is a serious change to make,' commented one Cypriot. 'Unfortunately, it is probably too late for Cyprus to reverse the decision. Of course, it may not want to at government level. Forgive me if I say it, but I wish it would.'