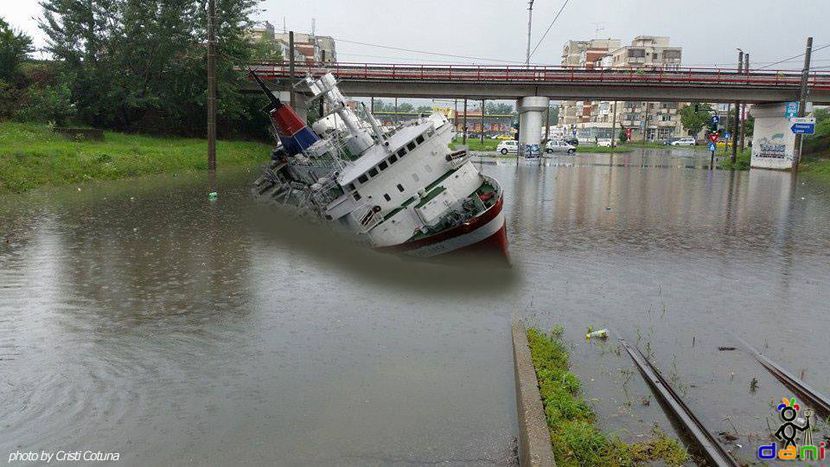 A few days ago, a heavy rain shower hit the city of Arad (Western Romania).

During the two and a half hour long storm 37 liters of rain per square meter fell.

Locals were intrigued by the flooding it caused, but some of them "grin and bear it".

In the first half hour of the rain, the Inspectorate for Emergency Situations got 50 calls as the city sewage system couldn’t handle the huge amount of water.

Traffic was blocked on several streets, including the infamous passage under a viaduct which takes to Micalaca neighborhood, which gets flooded at every major rain. 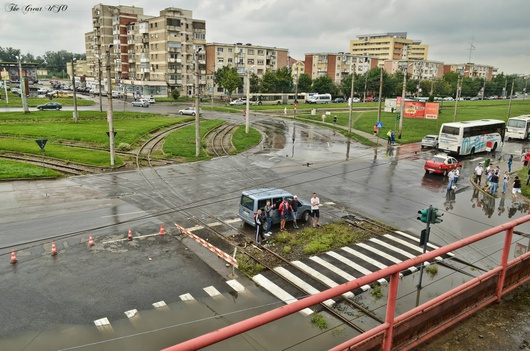 The city water management company apologized for the inconvenience and added that the sewage system can handle up to 22 000 cubic meter of water a day, a quantity which formed during the two and a half hour long storm.

Locals were intrigued by the flooding, but some of them "grin and bear it".

As a sign of their creativity, shortly after the storm, modified photos of the flooded passage started to circulate of Facebook.

One of them features a wrecked ship and another picture shows the famous adventurer and television personality Bear Grylls, trying to survive in Arad. 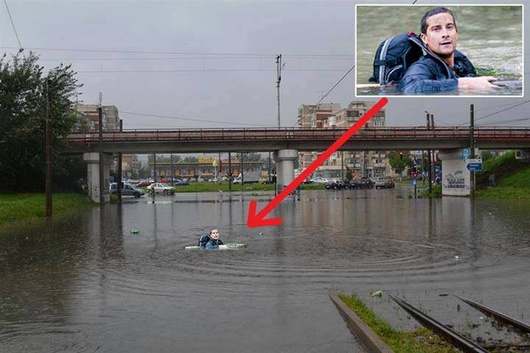