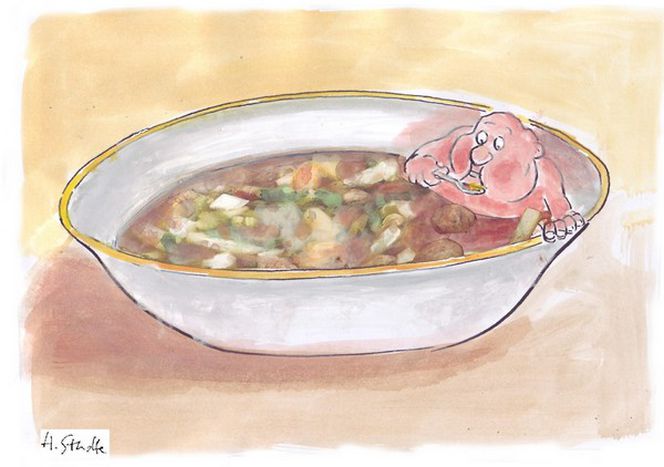 Make your bed, lie in it

You made your bed, now lie in it, goes the old adage. In Germany, the bed becomes a bowl of soup: you have to die Suppe auslöffeln, die man sich eingebrockt hat

(eat all the pieces of bread you have put in your soup), whilst the bowl of soup becomes a keg of beer in Poland: pic piwo, którego sie nawazylo (drink the beer that you brew).

(whoever is the cause of their own misfortune can cry for themselves). They also have another more visual and laconic saying: Hai voluto la bicicletta? Ora pedala!

(You wanted the bike? Now pedal!)

However the Germans have a bit of luck in French misfortune. You have to manger du pain noir

(eat brown bread) if you want to own up to your own responsibilities across the Rhein - perfect for someone from the land of Schwarzbrot!

Those who look away too often run the risk of coming last. Spaniards pagar los platos rotos

(pay for the broken plates) whilst the Brits carry the can

. The Germans understand the expression with etwas ausbaden

(empty the bath) - an Ausbader is someone who has to empty a bathwater using a jug.