Madrid Has Revived the Constitution

Why the Convention’s text will be passed in June thanks to pressure from the Blair-Zapatero axis and in spite of Silvio Berlusconi. 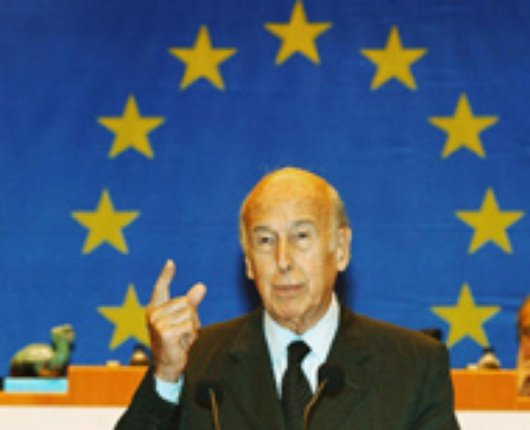 The European Constitution has reached a turning point, brought about by Spain as was expected. The terrorist attacks in Madrid, and the outcome of the general election helped bring about this change. Many predicted that Prime Minister José Maria Aznar’s exit would calm the waters around negotiations over the Constitution. It is undeniable that victory for the Socialist leader Jose Luis Rodriguez Zapatero has given new and decisive impetus to the revival of the European constitutional process.

In a clear move away from his predecessor, the Socialist leader has immediately taken the initiative on Europe and the Constitution. He has forced partiality over the issue of weighting of votes in the Council to retreat, the very issue which, in partnership with the Polish Government, caused negotiations to run aground last December. Europe’s leadership quickly responded to Zapatero’s action. Poland, fearful of being completely isolated, quickly changed its position, demonstrating during a recent meeting between Prime Minister Leszek Miller and German Chancellor Gerhard Schroeder a renewed enthusiasm for dialogue. It is now evident Europe needs to respond together to emergencies. The Madrid bombings showed that Europe urgently requires a political surge forward that will provide it with the necessary tools to stand united on the international scene. This notion had been lost in the web of national demands during the Inter-Governmental Conference last December. The new Constitution, for all its compromises, is certainly the main way to achieve this political unity.

Blair wants a Constitution for June

Time is short. People are already talking about resurrecting the calendar, which was drawn up at the end of the Convention. This means Europe’s first ever Constitution could be approved before the June 13th European elections. Incredibly, the UK is the one pushing to impose this deadline, the same country that, in December, had quietly sided with Spain and Poland about forgetting the whole project. This change of heart is driven by UK internal politics. The battle for the British General Election, which Prime Minister Tony Blair wants to hold in the spring of 2005, will begin this autumn. The Prime Minister does not want to add the European Constitution, a torturous issue for so many people, to the long list of difficulties he is already facing. On the other hand, Blair, who has seen his popularity tumble because of the war in Iraq and weapons of mass destruction that have yet to be found, wants to rebuild an alliance with Europe And for Blair these goals can only be achieved with a Constitution approved by all member states.

In terms of mechanics, there are essentially three unresolved problems. The first is the voting system in the Council, where apparently there is cause for optimism for an agreement. The most widely circulated proposal suggests a majority weighting based on 55% of the population and 55% of States. The Irish Presidency has not officially approved this proposal, put forward by Germany, because Spain has yet to be fully convinced. The original proposal put forward by the Convention and rejected by Aznar, was 50% of States and 60% of the population. But what is new about this solution, as opposed to the current system, is that a minority of countries will no longer be in a position to block decisions.

The second problem concerns the composition of the future Commission. Instead of maintaining a system of one representative per Member State, (which in an enlarged Union would lead to an ungovernable organisation of 25 members), restructuring the organisation to 12 members by 2014, after a post-enlargement transition phase, is being considered.

The third problem and most difficult to solve, centres on what policy areas qualified majority voting should be extended. If the entrenched positions of every single country were respected, nothing would ever be achieved. Therefore, it is a question of reaching a compromise.

The Irish Presidency has discretely held bilateral talks with member states to resolve this problem. The latest report on the IGC’s progress is optimistic for a resolution of the major problems. The text for the revived negotiations, which is broadly similar to that approved by the Convention, is based on the one set up under the Italian Presidency, which was left unsigned at the December summit in Brussels (see link).

Paradoxically, the only discordant note with regard to reviving the Constitution has been struck by Prime Minister Silvio Berlusconi concerned about its image if the current Irish Presidency were to succeed where his government failed. But this concern is a mistake. If Europe’s first Constitution were approved in June it would be a success for the Convention, the Italian and Irish Presidencies, which will have led the IGC and the European Union as a whole. A month after the Madrid massacre, we need this European revival more than ever.