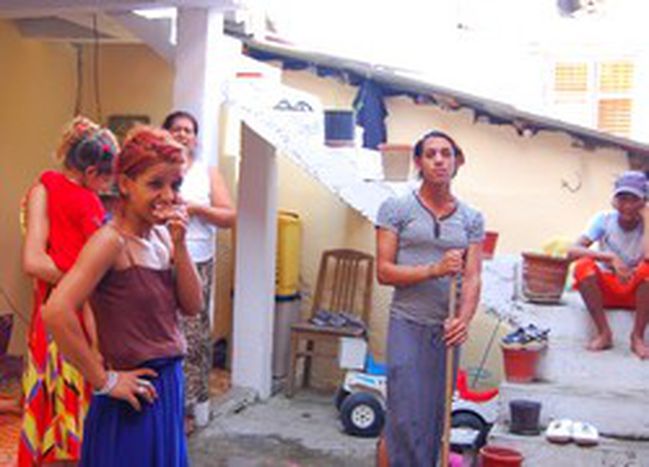 Macedonia: the sound of Shutka

The people, freedom and borders of the biggest Roma city in Europe

It’s five o’clock in the morning. An imam is calling to prayer. His call comes across tinny over the loud speakers. Dogs begin to bark and the golden sun climbs up from behind the hills of Shuto Orizari. An old man coughs up his lungs stinking of cigarettes. There are only a few people around at this time in the morning. Abraham rubs his eyes while his sister gets up at eight o’clock to go to work. She’s lucky. The 19 year old works as a cleaning lady for a Macedonian family.

In Shuto Orizari about 90 percent of Roma people are unemployed. Many find work in the informal sector, in the building industry and commerce. But it is neither the high unemployment nor the blooming black market that characterises Shuto Orizari: Shutka, as this suburb of the Macedonian capital city Skopje is known as, is the largest Roma settlement in Europe with 70, 000 inhabitants. There is a Roma mayor, two TV stations, schools and two Romani MPs who sit in Parliament. Here the Romani are for once, not in the minority.

Abraham und his sister live with their parents and three more siblings in two tiny rooms. Its just after eleven o’clock when Abraham gets up. In front of the mirror he does his hair and puts in his blue contact lenses. Then he goes to his computer and because it is the holiday he can devote himself to his biggest hobby: music. This is unusual for someone in Shutka, as no one here listens to 'rap'. Abraham calls himself a 'gangsta rapper'. He has been writing and mixing his own personal underground rap for the past five years. He doesn’t use the usual typical Roma instruments of clarinet, piano and violin, but instead a computer. He sings only in English - not in Romani, so that he can be understood outside of Shutka. 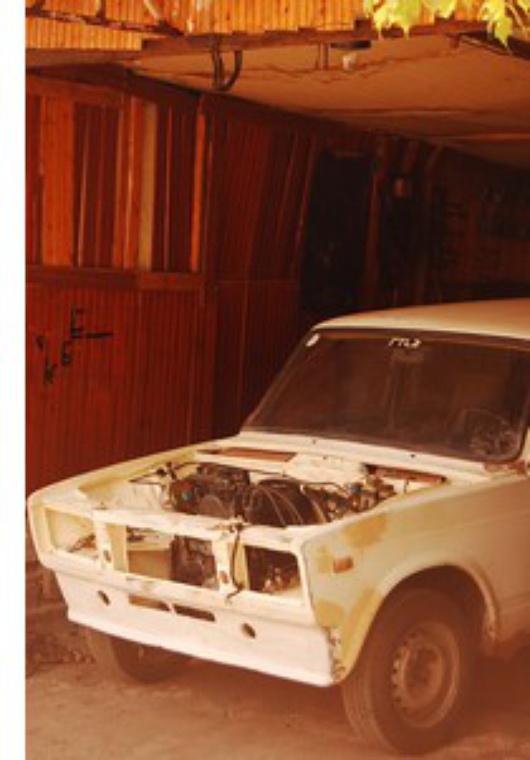 In the centre, on the 'street of new life,' street traders have already got their tables out. Next to the tomatoes, aubergines and melons there are fake goods for sale at low prices. On improvised sales pitches, ghettoblasters blare Arabic, Bulgarian and also Indian music at a deafening volume from copied CDs. There are a number of Daimler cars with foreign number plates behind rickety old ladas and homemade carts. It’s 39°C and the air shimmers with heat and dust. It smells of burning flesh and car exhaust fumes.

Bus to another world

In the meantime Abraham has remixed his song and caught the bus that he usually takes to school. The route passes two mosques that are less than 300 metres away from each other. Whilst the Roma mosques are almost finished inside and have carpets laid, the building itself is something else. In the half finished minarets there is a loudspeaker that calls the faithful to prayer five times a day. Here it calls in Albanian and Arabic but not in Romani. The situation between the Roma and Albanians is tense. Abraham wouldn’t get off the bus here alone.

In the meantime he is on the way to a peaceful suburb in the east of the city. Mostly Albanians live here, there aren’t that many Roma. Abraham is on his way to see Roma couple Ljatif and Fatime Demir, to ask them whether he can use their music studio to record his songs. In 1998 they created the culture association 'Darhia', (literally 'roots'), which provides young Roma with a creative space. An energetic woman in her early fifites opens the door with with welcoming gestures. Fatime Demir explains that there is a very popular Mandolin orchestra that attracts Macedonian children because of its popularity. Fatime feels that her work helps to strengthen inter-ethnic links.

Minority rights and discrimination in everyday life are the themes that Abraham raps about in his songs. Particularly about his first year in school when he sat with other Roma children mostly at the back of the class. When he made mistakes in Macedonian he was mocked as a 'stupid gypsy.' If he spoke good Macedonian, then he would be called a Gadzo by the Roma - the word they use for non-Roma. Through music Abraham is earning recognition and respect, but he is an exception. Most ethnic groups stay in their own space.

It is already late when Abraham happily makes his way home. He holds his demotape tightly on the bus ride. Abraham wants to leave Shutka and go into the wider world. At the same time he knows that Shutka is the only place where the Romas can leave in relative freedom. Here the Romans are the majority and not the minority. Abraham runs the last few metres home in Walt Disney street. He carries on making music, rapping with his ghettoblaster at the highest volume. Tomorrow morning early he will be back at his computer to play his new rap. The imam will not be the only one sending his musical message out into the world.