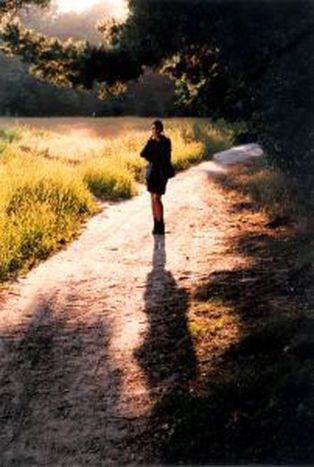 In the face of a permanent crisis in the Polish labour market, the country’s European integration has raised great expectations about working in the West.

“I don’t like staying in a place for too long” explains Marta, who has been living in Prague for almost a year now. The desire for change has led her from her home in Lublin to university in Krakow, and then on to Belgium and Sweden. Travelling is no longer a privilege of the elites. Some estimations claim there are approximately 370,000 vacant job opportunities in the EU.

West Europe is increasingly keen to fill these positions with workers from the East.

Germany, Italy and Great Britain host a significant number of Polish workers, including a rising number of women. In the 70’s, in America, the massive inflow of women into the labour market created an increasing demand for domestic help and nannies. This led to increasing possibilities for those Salazar Parrenas describes as “servants of globalization.”

Since then the phenomenon has spread all over the globe. Southern-East Asia sends maids to the wealthy households of Kuwait and Saudi Arabia; Latin America and the Caribbean provide nannies for America; Polish and Ukrainian women have monopolised the domestic service market in Berlin, Rome and Brussels.

Their common feature is a strong economic motivation to leave. Although statistically better educated than Polish men, only 33% of Polish female emigrants had a regular job prior to leaving (whereas 46% of men did), while 50% claim to be motivated by the lack of professional prospects in Poland. In the Polish labour market a woman is considered to be a second-class employee. Wage discrepancies can be up to 20% and women form the greater part of the long-term unemployed.

There are two primary groups of Polish migrants. Those who are older than 40, and often from regions of mass unemployment, who leave in order to provide a little more for their families, and the younger émigrés who tend to leave after they have finished their education. While “moms and grandmas” take up traditional occupations in Belgium, Italy and Germany, their ambitious “daughters” seek their fortune in the UK and overseas.

Joanna, a recent graduate in Political Science, came to England to continue her studies. Improving her English skills was a means to ease her way towards terrific opportunities. “I was really lucky” she says today. Unlike her friends who ended up as bartenders and waitresses, she was given a job in a DVD rental shop.

Seasonal work has been almost a student tradition in Krysia’s family – some 20 years ago her parents also used to go west. A combination of curiosity and a desire for material independence pushed her first a summer job in a restaurant in Italy, and then onto Dublin.

Marta, who was once an au-pair in Belgium, is the exception to the stories we have heard. Having been accepted onto a PhD course at Charles University, she seems rooted in a good job. She is pleased with the open-minded and polite attitude of the Czechs. “I feel at home here,” she claims.

She would consider further wandering, but not returning to Poland. “If I wanted to move, I would pick a new location, not one I already know. I don’t agree with what is happening in Poland now, and nobody really cares for the changes there,” she says she becomes irritated by the intricacies of Polish politics.

In the debate over those who leave, those returning are often forgotten. It is a decision that is much harder to take, with weekly wages abroad often exceeding the monthly salary in Poland.

There is also the fear of the shock of coming back; changing from a routine of intensive work and play to Polish ‘normality’ is not easy. However, people do come back. “I was afraid I would forget who I am and what my objectives are” Joanna said. Cultural longing often brings people back.

But that is not all.

What makes the young and ambitious women cross the borders in search of possibilities often brings them back. Too often Europe provides jobs which no native German, Belgian or Irish woman would accept, with poor living standards, and crucially, little chance of advancement. Joanna, met former PhD candidates still stuck in miserable jobs in London, deceiving themselves with vague prospects of a future promotion. She said “things take too long like that. It is the right thing for me to be in Poland, where I can be somebody.