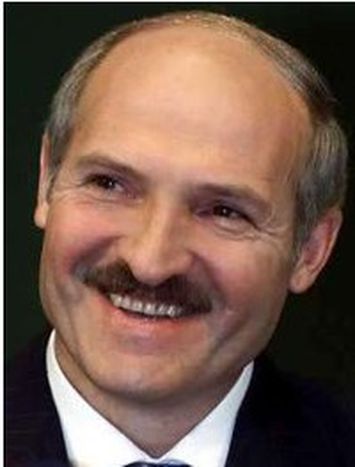 Alexander Lukashenko is a man with a passion for sport and farming has been described as both the last dictator in Europe and a man of the people. So which is true?

Alexander Lukashenko has presided over Belarus with an iron grip since 1994, when he won the presidential elections with over 80 percent of the votes. He has an authoritarian style, and openly admits this as being a personal characteristic. "You need to control the country, and the main thing is not to ruin people's lives." His way with words and his humble attitude seems to have had positive effects on the country. Unemployment stands at two percent, and GDP growth rate at 7.8 percent: how does Europe’s last dictator do this?

Lukashenko, 52, is a frank speaker and is seen as a man of the people. He is known and loved by his followers as ‘Bat’ka’ or father. His background is in agriculture; he used to be deputy chairman of a state farm, and his link with farming is still strong. In 2003, he sacked the Prime Minister, Gennady Novitsky, for not paying overdue wages to farm labourers. This strong attitude has made him popular with some groups of the population. Given that 95 percent of agricultural land is state owned, could this be a reason for his interest in the sector? With only 14 percent of the population involved in agriculture and GDP from agriculture at 11 percent, should he not rather be concentrating on other issues? Such as sport…

"Fifty thousand fans are waiting for me," he said regarding his presence at an important football match. "I cannot let them down." – an excuse for not meeting with Leni Fischer from the Council of Europe on a trip to Minsk in 2003. His love of sport, particularly ice-hockey, is another face of this man of the people, which can be seen by the ice rinks he has built in the major cities of Belarus.

Farm fields, sports fields, but how did Lukashenko enter the rocky field of politics? After independence in 1990, he became well known for his hard line on corruption, and was elected chairman of the anti-corruption committee of the Belarusian parliament.

Lukashenko claims to have been the only deputy of the Belarusian parliament who voted against ratification of the December 1991 agreement which dissolved the Soviet Union and set up the Commonwealth of Independent States in its place. Through referenda after his election as president, he tightened the rules regarding opposition politicians, and changed laws in his favour.

Parliamentary elections held in 2001 were not accepted by the US, and were declared undemocratic by the Office for Democratic Institutions and Human Rights (ODIHR). They were not ‘free or fair’ and failed to meet international standards.

Nothing can stand in his way

Lukashenko has closed down many media outlets, yet there are certain private publications which still exist, such as the business daily BDG Delovaya Gazeta and the opposition paper Narodnaya Volya. Less than 10 percent of people have regular access to internet. This is not easy for the other candidates. But with these candidates, has democracy returned to Belarus? Well, Lukashenko has been meddling with the media again, or so it seems. Candidates are restricted to two half-hour pre-recorded speeches each on national television, and the majority of newspapers, being state-owned, are favouring the out-going president. In 2006, the government plans to invest 61 million euros on state media, which aims to show the stability of Belarus.

Just be careful what you say about the President of Belarus. There is a possible 5 year prison term given to anyone who insults the President, even if done light-heartedly. Surely this had no effect on a recent Gallup/Baltic Surveys poll, showing that nearly 55 percent intend on voting for Lukashenko.

In fact, in a January survey undertaken by the NGO Pontis/IVO, 81% of Belarusians appreciate the President’s promises of a good standard of living. Yet only one third of the respondents believe that the election will be fair. So we will just have to wait until 19 March and see…

Thanks to our correspondent Gellért Rajcsányi (Budapest)