24-year old Nurith's memories as she embarks on a turbulent road trip across Europe, her wanderlust taking her from one love affair to the next. This abridged version of the article won Germany's 2009 Youthreporter award, ‘Verliebt in Europa’ (‘In Love With Europe’) 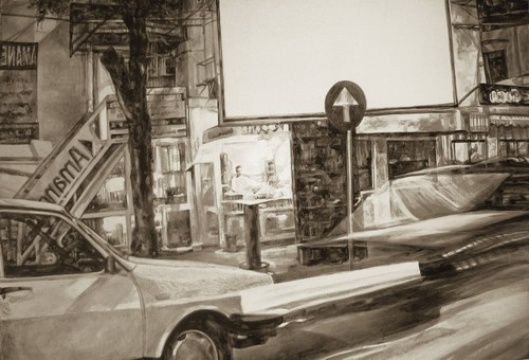 Tea taken in Bucharest with milk and honey, assorted biscuits for 6 RON (lei) with the traffic outside pushing and shoving its way down the Bulevardul Magheru, a boulevard in the centre. No way through after half past three; buses standing, queuing one behind the other; trams having to leave their doors open - most people just walk. The beeping of angry drivers and droning pop music on the buses assault the ears. Only after nightfall does Bucharest quieten down; only the stray dogs wandering the streets look up, bored, as I go past.

Benjamin scribbles me a note which he passes across the table: Ecrit-moi en français! Weeks later I still haven’t written to him, but I have to Cyril – though he didn’t get my message, as he wasn’t in at the time, and I didn’t get his because by the time he came back I was already on the train, head out of the window, wind in my hair and an empty carriage, the stations blurring to dots on the landscape between the farmers and their golden fields.

When I get off night has fallen over Bolzano: slumbering mountains, and stars vying with the streetlights to illuminate the city in north-eastern Italy. Through its narrow alleys, past the fruit market and its packed-up stalls, across the bridge over the gently flowing Talvera – splish, splash, splish, splash – and finally a door that swings open and a sleepy hug behind it. Later, Riccardo sends his regards from beneath the first snowflakes of the year, and I can smell them, those snowflakes, smell the smell of Bolzano in winter, when it’s cold and people step from their alcoves into the dark evenings. But that is later, when I’ve long since left the city and a new train is carrying me northwards. 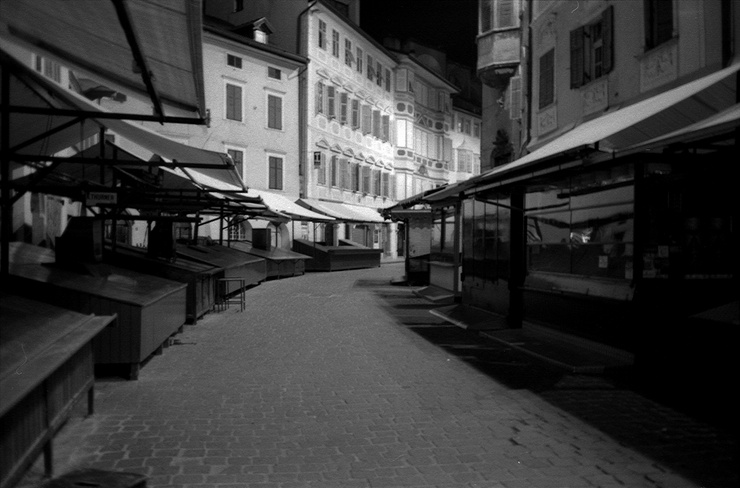 I’ve brought German doughnuts for Amélie; Philippe has crème caramel au beurre salé for me. We take breakfast together as the wind softly brushes the window, the croissants still warm. As the sun bursts through between the houses we make our way through the day, bikes squeaking, bikini in rucksack and a rough map in our heads to go by. Midday, and we stumble upon a beach between the cliffs, where a cool Atlantic welcomes us and gently carries us on its waves. We eat crêpes on the harbour until the caramel sauce oozes down our shirts and our sugary hands stick together. Black fluff clings to my fingers as I stroke Philippe’s pullover. A coy smile: Philippe puts his arm around me, his lips on mine… and I can taste the salty caramel.

A short while on, and I’m back aboard the boat. I stare ahead, leaving Philippe back on the quayside, slowly pedalling back towards the main street as the others stay and wave us off. Au revoir, Amélie, au revoir, Manuel: by the time I see them again, spring has sprung over Berlin and the high, stuccoed roof and creaking floorboards of our apartment. Four months on, our pots and pans are so worn out that the handles have started to come loose and eventually fall off. I’ve spent Sunday with Jan, stretched out on the carpet, a discarded summer dress next to the front door. We let the day pass us by: blue sky, laughter floating up from the yard outside. In the evenings we meet for tango dancing in front of the Altes Museum, or red wine on rugs laid out in the fields.

'You should watch me sleeping, when I’m dreaming of you,' whispers Jan. 'When I wake up you’ll be gone.' I say nothing. Yes, one day I’ll be gone - upwards and onwards. And eventually I did move on, one autumn day as the fog settled outside and a hot fire roared inside. But now it’s still summer: and here we are, arm in arm, my eyes sparkling as we scale the hill to the castle above Budapest. Art Nouveau baths, wide parks; restored palaces so full of life you can smell the wet paint, alongside dreary grey villas, dead to the world. We buy chocolate from Demel, its silver-foil wrapping still rustling between my fingers as I admire the wonderful window decorations made from sugar and marzipan. For the lady, candied violets; dark chocolate for the gentleman. 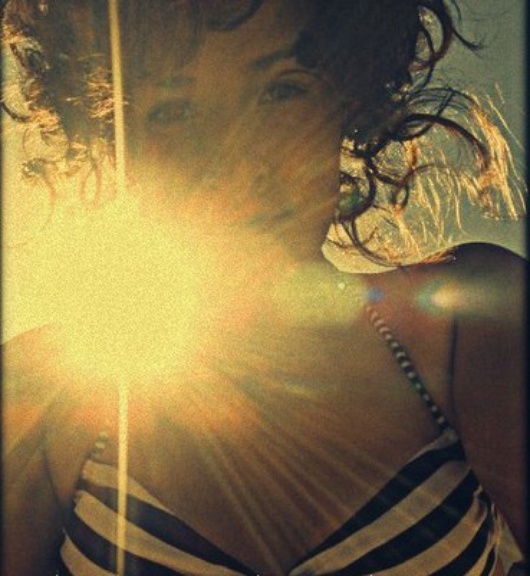 Outside the door, the midday heat knocks us for six. The swirling air lingering over the houses mixes with the drone of motorbikes and a ship’s horn. Our suncream has long gone. Two weeks of sun has lent our hair golden yellow highlights; in the mornings blue-green eyes shine back at us in the mirror. At the beach we live in hope of uncovering pearls instead of mussels, but all we find are splinters of glass, glistening in the sunlight. Evenings are passed lost in our books: Kasper on the couch, me at the table; Kasper lying in bed under a pile of novels, me at the kitchen table; and springtime in bloom over the city.

Chocolate croissants, he promised me, and weekends at the lake. Instead I get cold beans with bread, and coffee at Aunt Trude’s, whose dialect I can’t understand. I just smile helplessly, while Kasper plays with his phone under the table. He gives me a dark-green hatbox with a red ribbon as a leaving present. This I later use to store his letters, the ones addressed to 'My love', as outside a new springtime beckons, a springtime of tulips mixed with the clunking of bicycles over the cobbles and the smell of the sea behind the dam.

The jury says: ‘Nurith, 24, reports from a moving, atmosphere-laden journey through the whole of Europe. She nails the subject on its head: abandonment and love beyond borders'