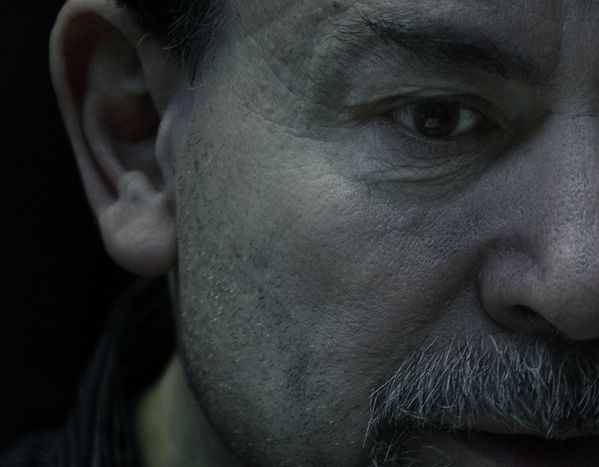 Lorenzo Mattoti: ‘Everyone is always scared of profundity in comic books’

The Paris-based colourful comic book artist, 54, has been published in many of Europe's national papers. Italian view on comics today

I meet Lorenzo Mattotti at an exhibition, a box of oil colours in hand and his small glasses perched on his nose, concentrating on the movements of his hands and visibly inspired by creative force. He is a great master of Italian comics, invited to all the festivals in Italy.

Even though he has moved to Paris, Lorenzo Mattotti's style is true to his roots, an explosion of colours and poetry that cannot be ignored. On his pages, he draws the curves of Tuscan hills and the deep blue sea of the beaches of Calabria. These colours and shapes are those of the Italian pictorial tradition, according to him. ‘I think it all comes from my love of light, and my admiration of Italian painters,’ he says in a soft, somewhat shy voice. ‘I take them everywhere with me; they are very cerebral, very internal colours.’ 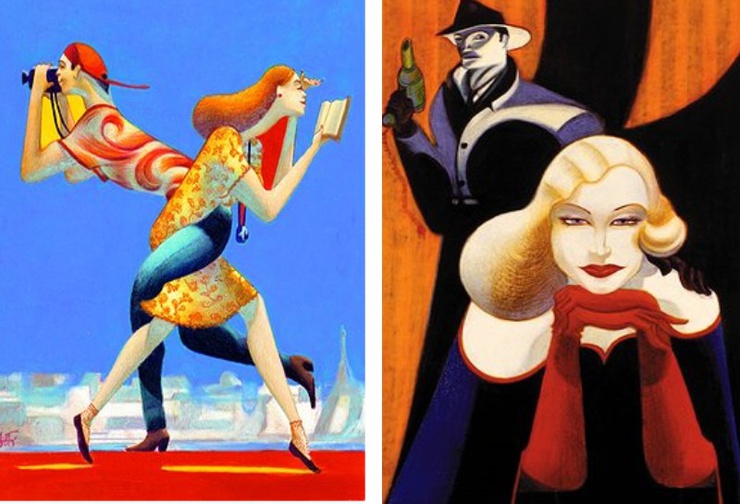 Living abroad was also a ‘way to change environments, to see what it meant to be elsewhere, to have contact with new cultures. My head is still in Italy,’ says the 54-year-old illustrator. Nine years ago, encouraged by a large critical success in France and in Europe, he left the peninsula and became a famous comic books artist on the continent. Those works are now published the world over. Yet he does not stop coming back to his native land.

This life of an uprooted immigrant has doubtless inspired him, because he is lending his pencils and brushes to a comic-manifesto called Paroles Sans Papiers (‘Undocumented Words’, Delcourt, 2007). The collection tells the stories of clandestine immigrants on their way to Europe. For this story, Mattotti chose to work in black and white, because he sees in it ‘almost a more direct relationship between the idea, the image and its colours.’ 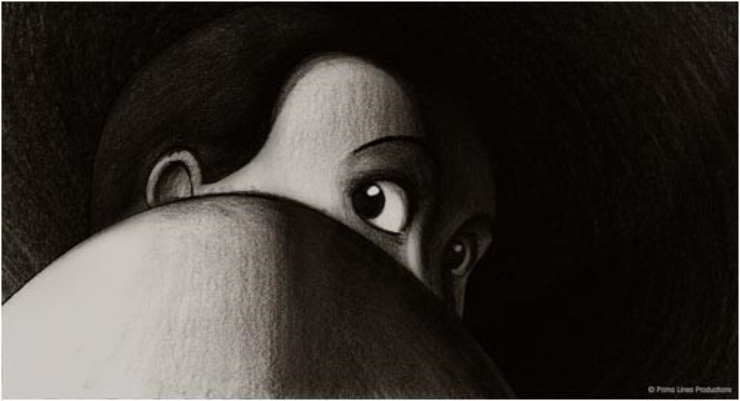 Story and image are inseparable; neither one must show a fear of being profound. ‘Everyone is always scared of profundity in comics, of serious and dramatic things,’ the former architecture student continues. ‘It's always supposed to be ironic. Comics that are just for a young audience don't exist any more. Nowadays this format is conquering different audiences. Now, the readers are adults. This is the reason that our work has evolved,’ he explains. ‘When you're fifty and you like comic books you're not interested in adolescent stories any more - you want to experience something else. And nowadays, there is a lack of this kind of story.’ 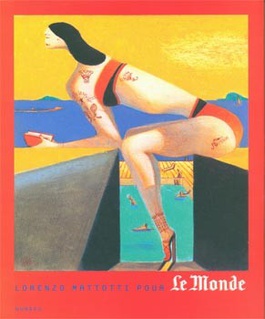 Lorenzo Mattotti disorients his readers and shakes up the traditional limits of comics. He changes his mode of expression and his medium, going from illustration to animated films. He also works in

fashion and for Vanity magazine, redrawing patterns of the most prominent designers. He works in the press, where he draws covers for The New Yorker, France’s Le Monde, or Germany’s Suddeutsche Zeitung. Thanks to comics, Mattotti has been able to explore new territories. And then the illustrator takes his leave, somewhat melancholy: ‘I have no borders in my head. I don't set limits for myself; I like to keep a very open mind.’