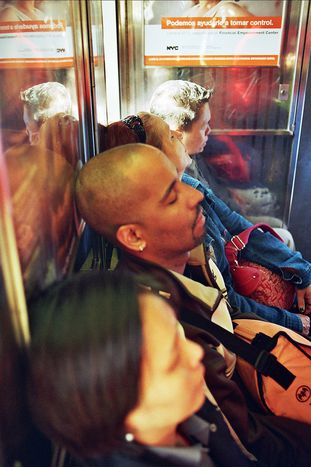 London paralysed by snow: a Frenchie breaks the ice

It was supposed to be for a few days holiday, it ended up being an extended ice break as one French babelian ended up stuck in the snow. Like plenty of others, the days passed and the prospects of christmas at home drifted further away

'We spent 600 euros (£510) on a flight which didn't even exist. We've spent the last two nights sleeping at the airport.' In the comfort of my trainers as I made the trip to my boarding gate, I didn't immediately grasp the levels of distress this French adolescent was on,who was tiredly dragging along his suitcase, on the verge of crying. Nor did I see the warning signs in the grimace of the security guard when my ticket to France was punched through. The ginormous boa constricter-esque queues snaked on before the gates. I was cool, serene, my spirit drugged with the thought that a cancelled flight or friend was something that only happened to others. I was incapable of predicting what was beyond customs, the Bronx ended up lending a hand.

Macdonalds bags, wrappings and toilet paper were strewn across the floow. There was quivering and shaking in front of the screens. Fury and anger behind the information desks. The temperature felt like it was at forty degrees. Even the model traveller from business class was lying in the middle of the passengers at the end of their tethers, his tie wrapped up. One of the airlines spokespersons was on the verge of lighting a cigarette as I stared dumbfounded as the terminal descended into a veritable human junkyard. The tension was so high that the tiniest contact could have given you a jolt. In the electric haze, I started to understand that I was also well and truly stuck in one of the worst nightmares before christmas that the United Kingdom has ever known.

The snow has been falling on London since the weekend of 18 December. Heathrow, the most important airport in Europe, has had its doors briskly shut ever since....leaving thousands of passengers skating on thin ice. British Airways even advised its customers to come to departures unless their flights were confirmed, and in the underground system of London messages remind passengers not to even board the bus to the airport unless they have confirmations. 20 December becomes that famous day in Eurostar's history when the queues ran right round from Saint Pancras to the British Library, two kilometres, fifteen minutes to walk! In short, this is chaos. Nor do many solutions seem viable. Alors, what else? 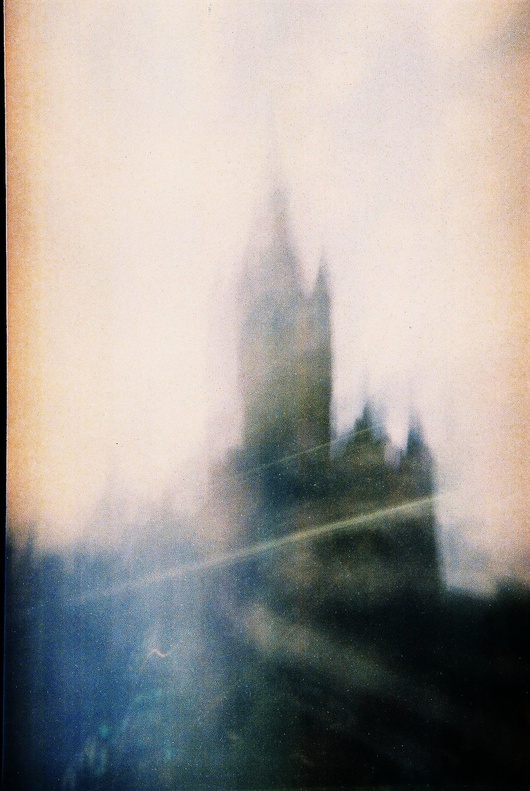 Frozen Britain run the daily BBC news headlines. Good choice of words, journalists, since we discover that between Sunday and Monday it was minus 19.6 degress in Chesham near Oxford. Before tbe television screen I feel warm nevertheless, lucky to have found a roof for the rest of my holidays on a now frozen island. After all the journalists don't mention the dehydrated people, the hectolitres of kids tears or the insomniac parents in the corridors of the (aero)stations. I'm in relative comfort in comparison - I'm still getting ready to eat turkey with onions, to pull crackers and dive into my Harrods chocolates selection that were supposed to go to grand-mère in the south of France.

Sometimes I rethink my short time in London. The evening before I was supposed to get out of the Big Smoke I was carefree and National Gallery-ing, in front of which a handful of swain youngsters sang christmas carols, with Trafalgar Square's snow-covered fir tree nearby. Big Ben, Westminister, Buckingham Palace, all covered in white - it was beautiful. As a child I couldn't have imagined snow ever ruining my christmas. Now, with all my senses, I watch through the windows as the kids on the street make snowmen. I'm stuck here with marmelade, roast beef and tea as consolation. And it'll probably be frozen too.