We live in a very funny society. We assert that we value substance over style, but we’re so self-absorbed that we can’t help but put a considerable amount of time and effort into our appearance. This paradox either suggests that we’re disingenuous, or that we’re aware of the fact that people won’t listen to our valuable message unless we’re visually appealing...

This was roughly my thought process during the train journey to London last month, when I consciously decided to (momentarily) switch off from bleak intensity of current affairs and turn to the creative Mecca that is London Fashion Week. Organised as an intersection between the fashion- and commercial-savvy by the British Fashion Council and Mercedes-Benz, LFW is the second in the series of “Big Four” fashion shows: New York, London, Milan and Paris. As an aspiring journalist and fashion lover, I saw the visit as an opportunity to cross an item off my bucket list, and witness firsthand the reality behind those curated editorial pieces in Vogue or Harper’s Bazaar.

Fashion Week sounds intimidating. Even for those who don’t express a particular proclivity for garment aesthetics, their heart will still skip half a beat upon hearing of the event. Why? Because it matters. We’re (relatively) far from a time in which there was a clear separation between style and substance – when women who knew how to coordinate an outfit were dismissed from intellectual conversations because they had no idea what they were talking about, or when men who knew the difference between the colours ruby and burnt umber were immediately boxed into shallow categories. Whether it was caused by the accelerated evolution of social media or by the surprising popularity to stage and screen of Legally Blonde or The Devil Wears Prada, fashion has been given a lot more credit. In the UK alone it is a multimillion-pound industry that shapes the lives of everyone, from those creating the clothes to those wearing them. 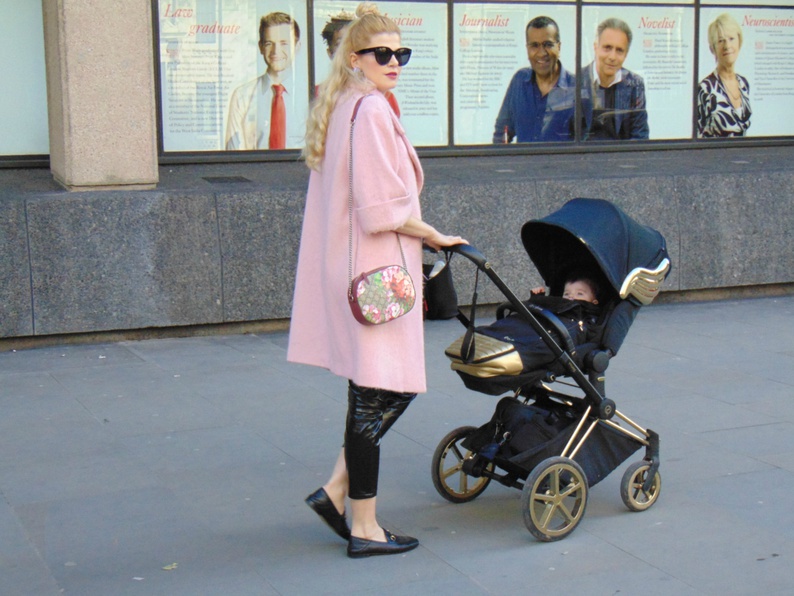 For non-professionals like me the intimidation can be so great that you almost don’t feel it at all. Walking down the Strand was like the first day of school. The image that seared itself into my memory was of a sea of people outside a plain black building, accompanied by an orchestra of murmurs and digital flashes. Scores of them huddled around a young girl sporting a well-rehearsed, easy going smile. At first, there seemed nothing overtly spectacular about her – jeans and a t-shirt underneath a beige trench coat. Then I looked closer: statement sunglasses that framed her face in a mysterious way, and a hatbox-shaped handbag that I would assume was going to become all the rage.

The fascinating thing was that she commanded a crowd of nearly a hundred photographers without saying a word; just smiling gracefully at the camera and then disappearing into the distance. Later that day I saw her in a queue in a nearby supermarket, her allure this time suggesting an understated importance.

As an outsider looking in, I realized that this was the intriguing fact about Fashion Week in the Instagram age. It’s no longer the designers and the marquee-name models that attract the attention of the media. It’s everyone. It’s attitude that is more important in the fashion world than ever. Trends are no longer set by fashion-Bibles, but by people taking their creativity into their own hands – and it is the designers that ultimately draw inspiration from them.

Taken by this fleeting moment of realisation, I spent the day walking up and down the Strand mingling with anyone I found interesting. I found it fascinating to ask people why they decided to wear a certain outfit. Where I assumed they were paying homage to a certain designer whose show they’d just seen, I realized that motives were far more sophisticated. One girl clad from head to toe in black PVC told me that she’d just turned vegan and was adapting her wardrobe to her new belief system. 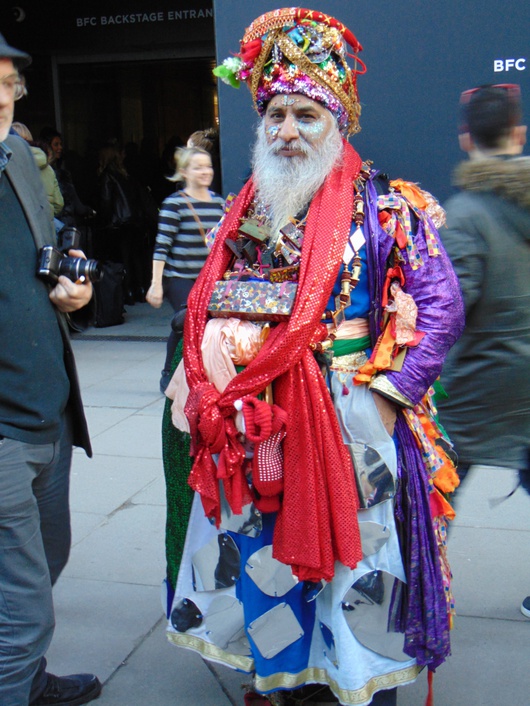 A gentleman who was wearing a very loud, almost cartoonish, Indian outfit admitted that he was tired of handing out his business card, and sought a more ingenious way of being remembered. At one point, young mother just walked out of a show with a stroller and admitted that it wasn’t because she couldn’t find a babysitter, but because she felt that it would be a unique experience for the baby. And Irish menswear designer Paul Costelloe made a point of promoting family values as well as his new collection, by appearing for a photo-op with his six sons.

By 1pm, journalists from all over the world were outside Number 180, documenting what they were seeing. For a moment, there was only fashion. I realised later that day that, amid the crowds of photographers eager to be the first to capture an image of tomorrow’s fashion darling, there wasn’t really anyone on the outside looking in. Everyone was part of this en-masse movement. Everyone was either photographing or being photographed. In a world that is often synonymous with elitism, nobody was ignored, because everyone there had something to say.

I ultimately found that the greatest misconception is that fashion is inaccessible, and is only available to a group who naturally breathes the rarefied air above us all. The reality is that anyone can serve as inspiration for the next big trend. And in a time when democracies are being challenged, I honestly can’t think of anything more democratic than that.