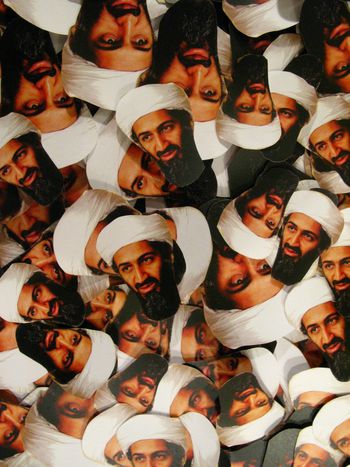 In the run-up to the Afghanistan conference which starts on 28 January in London, calls for negotiations with the radical islamist Taliban are mounting. A sign of the growing helpnessness of the international community deployed in the Hindu Kush, write the Austrian, Estonian, Italian and Portuguese press

'Don't succumb to the illusion that you can negotiate' - Die Presse, Austria

Moderate supporters of the insurgent Taliban could indeed be persuaded of the advantages of cooperation with the Afghan government, the daily writes: 'The Taliban and al-Qaida are not inseparable Siamese twins; what binds them together is a symbiotic relationship. What benefits one also benefits the other. If the moderate Taliban elements can now be persuaded of the merits of cooperating with the government in Kabul, this would be to al-Qaida's detriment - it would be the end of the symbiosis. No one should succumb to the illusion that you can negotiate with the hardcore elements of the Taliban. But trying to splinter off the moderate elements could work. The minimal demand: that the Taliban cut off their bond with al-Qaida. Time is pressing: In autumn 2011 ten years will have passed since the US troops first left their boot prints on Afghan territory. The soviet union's troops were forced to make a humiliating withdrawal after nine years' (Thomas Seifert)

'Pashtuns by no means live in the middle ages' - Postimees, Estonia

The international community's planned strategy for the London conference on Afghanistan which consists in winning over the radical islamist Taliban movement with money is problematic, writes the daily: 'The government of [Afghan president] Hamid Karzai doesn't trust anyone, so the international sponsors are seeking direct contact with the local powers. Money is part of the strategy that has been drawn up under the leadership of the UK, the US and Germany. The plan is to pay off the Taliban, village by village, tribe by tribe. However the problem is that the Taliban are only being offered what that can be sure of getting anyway if they are patient enough. 'You have clocks, we have time', the rebels mock. The Pashtuns by no means live in the middle ages, as is often believed in the west, but inhabit their own time and space where western coordinates don't apply' (Ahto Lobjakas)

'Olive branches and dollars to get out of the Afghan swamp' - Il Sole 24 Ore, Italy

Because of the weakness of Hamid Karzai's Afghan government the international community is prepared to negotiate with the islamist Taliban, the business paper writes: 'Olive branches and dollars are awaiting the Taliban at the London conference - but of course only if they're willing to hand over their weapons. The united nations, the American generals, the UK, Germany and to a certain extent all Washington's allies like the idea. They can't wait to get out of the Afghan swamp before the 10th anniversary of the beginning of the war comes round in 2011. The Taliban's opponents are showing those small signs of wear and tear in their declarations that - in the language of diplomacy - are prerequisite for the search for a 'political solution'' (Alberto Negri)

The presidents of Afghanistan, Pakistan and Turkey met in Istanbul on 21 January. Turkey has already proven a good mediator in other conflicts, the daily writes, and could make an important contribution to solving the Afghanistan problem as well: 'On Thursday the Afghanistan conference begins in London, but the real strategic preparations for bringing peace and development to this country took place over the last two days in Istanbul. The dynamics of Turkish diplomacy should not be played down. At a time when the military solution appears inadequate to restore peace to Afghanistan, Turkey is calling for a political solution with the less radical Taliban, for a development and anti-corruption strategy, for regional cooperation and the creation of jobs. Isn't this exactly what the EU wants?'