Live from Sziget: The Wedding Tent

By Kristin Kruthaup, Europe&Me Every day at Sziget Festival around 200 couples get married in the wedding tent. According to the certificate the couples promise they will be faithful to their partners at least until the end of the festival.

The wedding is a hilarious, but successful idea: For the drunken people, for the burning festival loves – and for the not-only-festival couples who are not yet ready to say yes in real life. 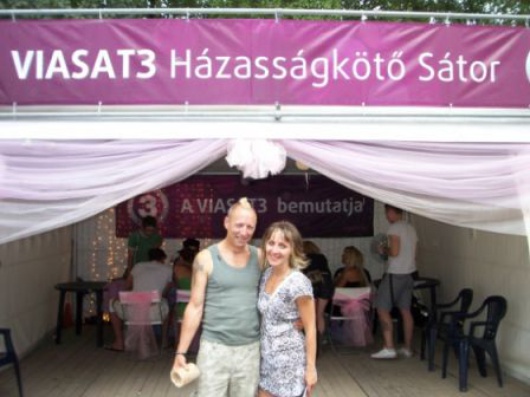 In the tent, which is sponsored by a Hungarian tv station, there is a lot of pink and white. Balloons and ribbons in every corner you look. From the boxes comes cheesy music from the Kelly Familiy. To the left behind a table sits a Hungarian dressed up like Elvis, with golden sunglasses and a not too well fitting wig. To the right sits a girl who is supposed to be Marilyn Monroe – a Marilyn with brown eyes. If you are very drunk you might even think that this wedding chapel is in Las Vegas. 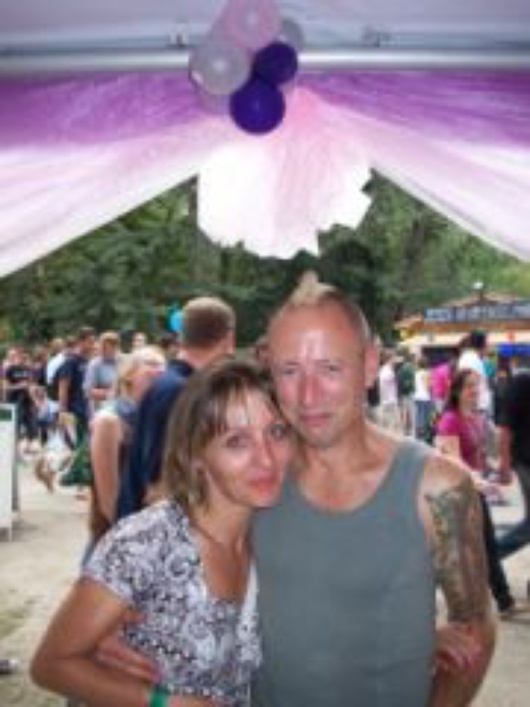 Nora, 35, and Mike, 46, are not drunk. "Yesterday we walked by the tent and laughed about the idea of the wedding tent", says Mike in English (with a strong Scottish accent). "And then Nora proposed to me and I said yes." Mike looks much younger than he is. He has several tattoos on his arm, a weird hair cut and vivid blue eyes. Nora is a small, very energetic person. They have been a couple since November 2010 and were introduced by a colleague of Mike. It must have been love at first sight, because since a few weeks ago they've been living together in Scotland. They even bought a house there together. On the marriage though, Nora says "This is just for fun... I think it will happen that we marry. But not now." When it's their turn at the wedding tent, the ceremony doesn’t take more than two minutes. Each of them reads the lines of the certificate aloud: Whenever my partner has a headache, stomach ache or feels sick I will be there to ease the pain.

I will be faithful to my partner till the end of my life, but at least until the end of this Festival.

Whatever we have (beer, wine, cigarette, dog, cat) we put together tonight and we will share with each other. They then sign the certificate, the reporter signs the certificate as a witness – and KISS. 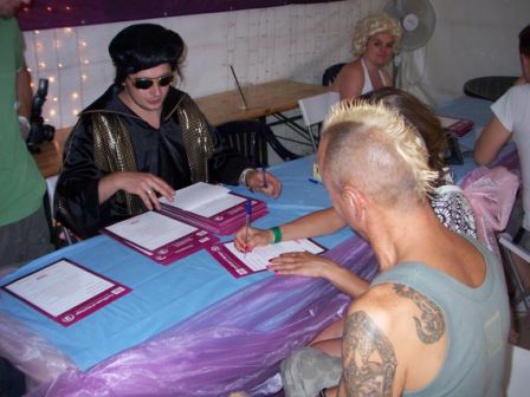 Yesterday the festivals program organizer, Fruzsina, told me that the Sziget festival tries to build a magical world for one week. In a way, Nora, 35, and Mike, 46, followed that philosophy very strictly. In the magical world they said yes – and are married now. At least until Sunday!

Originally posted on 6th Sense, the blog of Europe&Me.