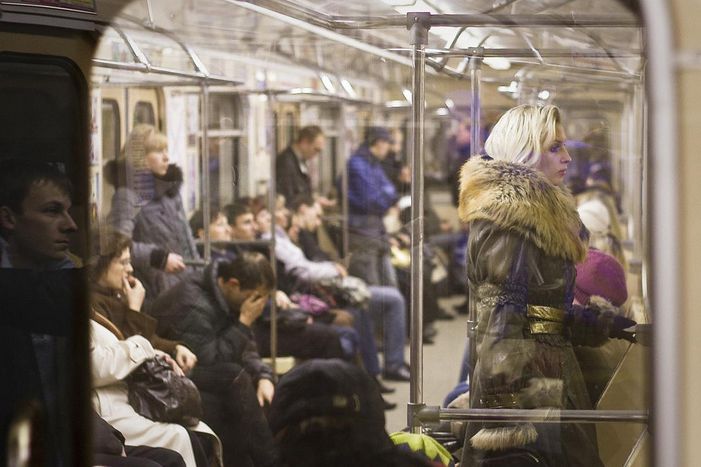 Lithuanian, Finnish and German media on lack of free elections in Belarus

The opposition failed to win a single one of the 110 seats in parliamentary elections in Belarus on 23 September. OSCE observers say the elections were neither free nor fair. The poorly organised opposition and the international community can pose no threat to president Alexander Lukashenko, as Europe's last dictator tightens his grip on power

The parliamentary elections have demonstrated once again that nothing has really changed in Belarus, the Lithuanian liberal daily writes regretfully: 'In the end there were no surprises in the rather unoriginal show we witnessed in our neighbouring country on 23 September. Such a farce, which is hard to understand for any reasonable citizen living in a normal state, leads one to conclude what is practically being said openly in Belarus: there are no elections in that country.

Read 'Being a young election observer in Belarus' on cafebabel.com

Without Alexander Lukashenko's blessing neither opposition politicians nor any other politicians can be elected. And yet the opposition finds a reason to be happy in this situation. The activists who called for a boycott are claiming it was successful. [Officially voter turnout was 74%, while the opposition talks of considerably less than 50%]. But this testifies more to the passivity of the people than to a well organised opposition that could pose a real threat to Lukashenko's regime’

The opposition simply didn't stand a chance in Belarus' parliamentary elections because critical voices are suppressed with a vengeance, the Finnish liberal daily writes, criticising the inaction of the international community: "The election results corresponded in every aspect to president Alexander Lukashenko's own personal scenario. This time too, not a single opposition candidate was elected to one of the 110 seats in parliament. Europe's last dictator still holds the reins firmly in his hands. After the violent suppression of demonstrations before the presidential elections it became impossible to say anything at all against Lukashenko. There haven't been fair elections in Belarus since he took office in 1994. The international community looks on helplessly as democracy is disregarded and human rights are trodden underfoot. A protest action with teddy bears and mild sanctions simply aren't enough’

‘Why Lukashenko can do whatever he likes’ - Deutsche Welle, Germany

The biggest fans of the 'election farce' in Belarus are sitting in Russia, Germany's international broadcaster comments on its web portal: 'Because from Moscow's perspective it's actually very handy that the Belarusian elections were even less free and less democratic than the rigged 'elections' in Russia. In its dialogue with Europe and also with the Russian citizens, the Kremlin can point to Belarus and say that things aren't so bad in Russia after all. For years the dictum that the key for Belarus was in Moscow has been true, but the Europeans should say goodbye to the illusion that the Kremlin wants to change anything about the situation. Not that Lukashenko is particularly well-loved in the Kremlin. But it fits in better with Russian policy to have an authoritarian country like Belarus without European perspectives in between itself and Europe. And that's why Lukashenko can do whatever he likes’ (Ingo Mannteufel)