Life on the streets of Paris: Finding a home for the night

More than 10,000 people in Paris are living on the streets: in metro stations or self-made shelters constructed from cardboard and wooden pallets. Dragging their belongings behind them, they spend their lives traipsing across the French capital; sometimes they are looking for shelter, sometimes just a hot coffee. Our reporter visits a homeless shelter.

Every day, the stretch of pavement between the Gare de Lyon and the Gare d'Austerlitz is busy with pedestrian traffic. Tourists drag their suitcases over Pont D'Austerlitz, stopping to admire the Seine. Businessmen duck into packed train carriages. Groups of school children eagerly snap a quick picture of the Parisian skyline.

Amidst all this hustle and bustle, two older men carry packed rucksacks. They pull scuffed suitcases filled with sleeping bags and bedding behind them. Contrary to those around them, they are not on their way to the station. Instead they are heading to a red brick house at the intersection of Quai de la Rapée and Boulevard de la Bastille. A rather plain building – directly adjoining the Bassin de L’Arsenal harbour – where pleasure boats pass back and forth.

At the entrance of the building is a small sign baring the inscription "Aurore Association". On entering the building, I am faced with a large common room where roughly sixty men are seated – drinking coffee, reading free newspapers from the metro or watching television. A report on the new Star Wars film flickers across the TV screen. Large trekking rucksacks and suitcases litter the floor. It could almost be mistaken for a train station waiting room...

"Hello Monsieur," Fanny Rosoy calls across to another man who enters, the person that I followed here. Fanny is the facility manager and habitually calls everyone "Monsieur". She explains to me that it is a matter of respect.

Coffee as an icebreaker

Every day, Fanny and her colleagues take in roughly 100 homeless people from the local area. They include regular customers as well as newcomers and refugees. "You get to know them over coffee," she explains, "Many are embarrassed and don't say much. Our mission is to welcome them and help them in their search for accommodation." 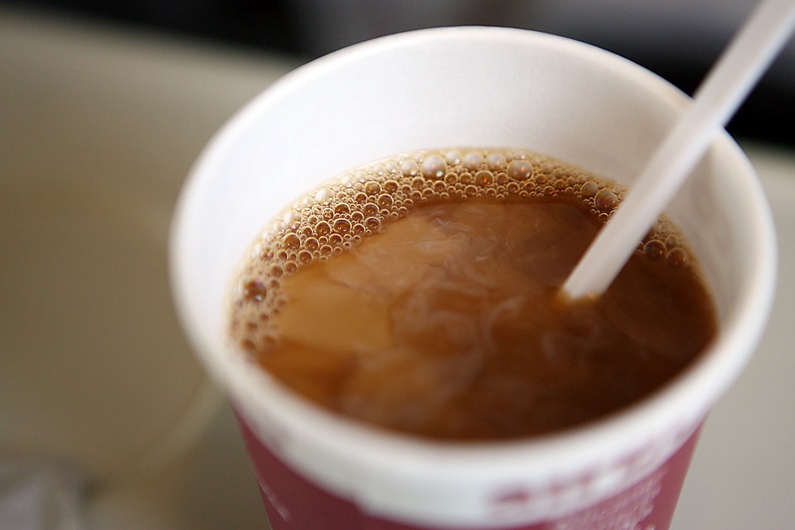 Those who need it can take a shower, have their clothes washed or see a doctor free of charge – so long as they have booked in advance. A few years ago, women also visited this shelter; but there were often disagreements in the small shower room, which only has three cubicles. "Many women felt embarrassed," Fanny explains. In order to reduce the potential for conflict, a facility for women was established just a few kilometres from the Aurore Association. Both centres are in very central locations.

The facility manager leads me across a small garden – affectionately named "Cour Royale" – to her office. Cola bottles, fruit juice, and boxes of designer scarves are all stacked on top of one another. "Those are Christmas donations," she remarks, with a hint of anticipation in her voice, "I'm saving them for December 25th."

On the first day of Christmas, she invites 80 homeless people to the red brick house for a Christmas meal. The invitations are already distributed. However, it is not only at Christmas that the Aurore Association organises a communal meal; Fanny Rosoy and her team also provide a meal for the homeless twice weekly. 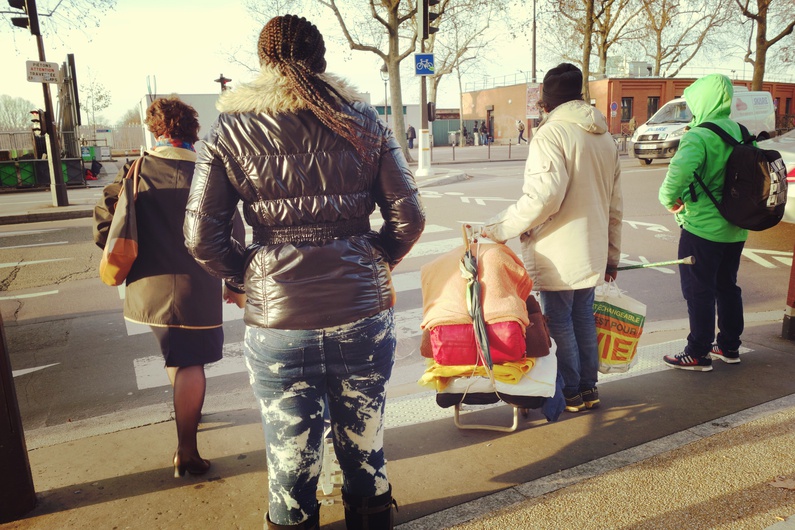 According to the The National Institute of Statistics and Economic Studies (INSEE), the number of homeless people in France increased by 50% between 2001 and 2011. In 2012, there were 140,000 people with no permanent place of residence, of which 10,000 were in the greater Paris region. Possible explanations for this growing number could be the increase in property prices, the lack of social housing and overcrowded emergency shelters.

From an annual report – recently submitted by the Abbe-Pierre Foundation – it has emerged that 3.8 million people in France have no "permanent place of residence": they live in camper vans, basements, garages and emergency shelters. How can it be that in the heart of Europe, there are as many people living so close to the breadline as there are residents of Berlin?

The figures are shocking and seem even more unjust over the Christmas and New Year's period. Christmas – a family celebration that takes place in heated living rooms – so associated with a sense of being at home.

Christmas however, is a day like any other for Serge who will go to bed with cold feet and an empty stomach. Serge is an SDF, or 'sans domicile fixe' – somebody wit­­hout a permanent residence. I encountered him at the Aurore Association. He accompanies me back to my bike. When I ask him what the concept of "Home" means to him he explains: "To have a key and be able to lock up behind me, that's what home means for me."