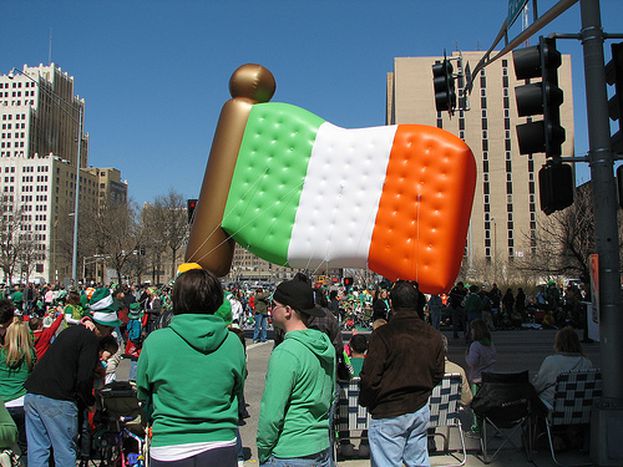 The Irish European parliament elections in June 2009 represent a key moment in Ireland’s future relations with the EU. The Lisbon treaty was rejected in June 2008; will Ireland elect many eurosceptic MEPs? Or are the Irish population really interested in a more inclusive and cohesive EU?

The incumbent government is currently at its lowest ebb ever with an unprecedented 22% support among the public. It is highly conceivable that the Irish population will use the 5 June elections in order to send the government a strong message registering their massive dissatisfaction, rather than use their votes with a European perspective in mind. To adopt the former course of action would be unadvisable. The European elections represent Ireland’s opportunity to convince Europe that, despite the rejection of Lisbon, the Irish people are still strongly pro-European and recognise that being a member of the EU has been hugely advantageous for Ireland.

Following the rejection of Lisbon, it was widely reported that this small nation, which has only 1% of Europe’s population, had thrown the EU into chaos. There was even talk of a two-tier Europe with 26 member states in one tier and Ireland in the other. Naturally, if Ireland wants to prevent such talk from escalating, the population would be best served by voting in these elections with a pro-European stance. This is not to say that the Irish are obliged to do this or to put them under any pressure. However, since Ireland has been shown to be overwhelmingly pro-European (despite Lisbon), there should be no reason for Ireland to do otherwise.

Declan Ganley in Ireland and the EU

Another interesting point in the run-up to the June elections in Ireland is that Declan Ganley has plans to run for a seat and has launched his party Libertas in Ireland. During the Lisbon referendum, Ganley was the highest-profile anti-Lisbon campaigner, often accused of using scare-tactics and taking information out of context in order to solidify his message. His sudden emergence onto the public scene has elicited serious, unanswered questions in the media regarding his business interests and the source of his substantial personal wealth.

Ganley’s influence is not limited to Ireland, however. Recently, he launched a German branch of the Libertas party, the Libertas Partei Deutschland (LPD, or 'Libertas Germany'), while commenting that he hopes to turn the German European elections into an unofficial referendum on the Lisbon treaty. This adds to already numerous countries in which Libertas hopes to run for election, such as the UK, the Czech Republic and France amongst others. Despite controversy over Libertas’ recognition as a potential European parliament party, in February2009 it was confirmed, following a meeting of the European parliament’s bureau (which deals with budget, administration, organisation, staff etc - ed), that Libertas would indeed be granted this recognition. This is worrying news for the European parliament which, in recent years, has been faced with an increasing number of eurosceptic political groups such as the now-defunct identity, tradition, sovereignty, and Europe of democracies and diversities (EDD, 1999-2004) and the still present independence/ democracy group (UKIP).

Can we expect similar tactics to those used by Ganley during the Lisbon referendum to be used during the European elections not only in Ireland but also right across Europe this time?