Liberal campaign launch as colorblind as the other European Parties’

Tomorrow the Liberals are having their Campaign Lunch. But without a candidate for the position of Commission President they are not offering much real influence for the voters and are missing a great opportunity for political leadership among the other European Parties that also seem to be unable to present the voters real choices.

ELDR adopted their election manifesto already in October in their Congress in Stockholm. It was an excellent move to have the Congress half a year before the other European parties and it provided a great opportunity to put forward new ideas and to show political leadership. But then somewhere along the road this opportunity was lost – 6 month later there is still no liberal candidate for the Commission from the third largest group in the European Parliament. Instead they have nominated a candidate for the President of the European Parliament – a position that does not even come close to the executive power the Commission president has. 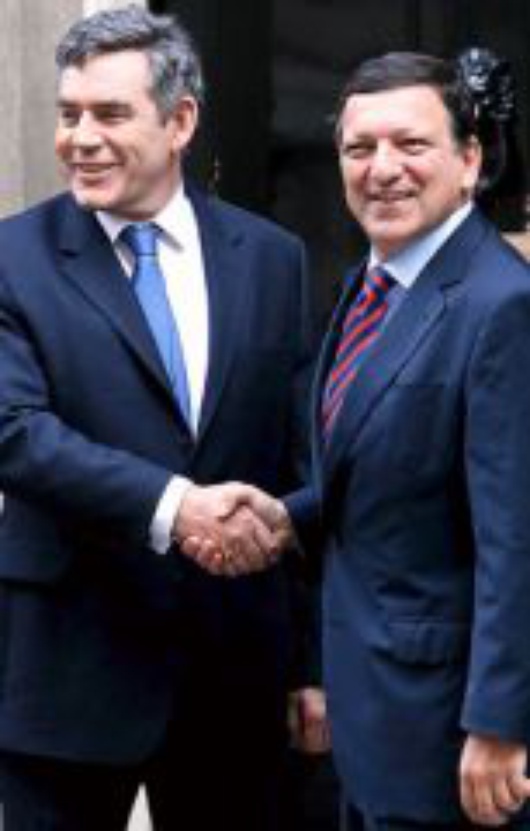 Barosso is still standing strong – not only backed up by his political group EPP but also by several socialist prime ministers around Europe as Socrates, Zapatero and Brown. The Socialists have obviously not been up for the job to nominate a contra candidate – both at their Congress and at their Campaign launch we asked them for one but they failed to produce neither a candidate nor an argument why not to put one forward.

The Greens made an interesting move in supporting a non existing socialist candidate at their Congress recently and as first party they show an interest in making the appointment of the Commission President influenced by the European elections. This would for sure increase the chances of removing Barroso IF the Socialists nominated their candidate but the question is how much it contributes to making Europe more democratic? Thinking one step ahead, in 5 or 10 years time when hopefully the Commission has undergone some democratic reforms, do we really want to go in the direction where the option is only conservative or socialist? Coalitions are common and in my opinion very healthy for a democracy – but a coalition is usually a combination of several party programs and minister posts where me as a voter can influence how much green, red or blue should be in there. A coalition should be politically more of a Matisse collage then a Klein one-color painting and that is why wee need all of Europe’s parties and voter to claim their right to ad their color.

If one prefers a “quick fix” to the Barroso problem the support of a Socialist candidate by the smaller parties might indeed be a good option. But even here we run in to a problem as the matter of fact remains that there IS no socialist candidate. And exactly because this failure of PES to nominate a candidate there is actually a unique space for the smaller parties to do so. The liberals, as the 3rd largest group, have a unique chance to show courageous leadership to make Europe more transparent and democratic by nominating their candidate and to push the other parties to also nominate their candidates.

But the liberals do not seem interested to show leadership. The liberals are instead strategically avoiding to put forward a candidate that would later damage their credibility by “losing” the election. But in a situation where the citizens are losing faith in the political establishment, accusing EU for being undemocratic and where only 1/3 of Europeans plan to vote, we need brave and daring moves from the parties rather than a chicken play. By choosing not to nominate their candidate there is no other conclusion to be made by the voters then that the Liberals, just as the Socialists, seems to support conservative Barroso. Europe’s parties seems to be colorblind!

I want to be able to influence who has the highest political position in Europe to start with and in the long run influence the entire political collage sitting in the Commission. For this we need one party to take a lead by nominating their candidate – a role non of the parties seem prepared to take. I remain as confused as ever on who to vote for with socialist supporting a conservative, Greens preferring a socialist and Liberals seemingly supporting a political vacuum.