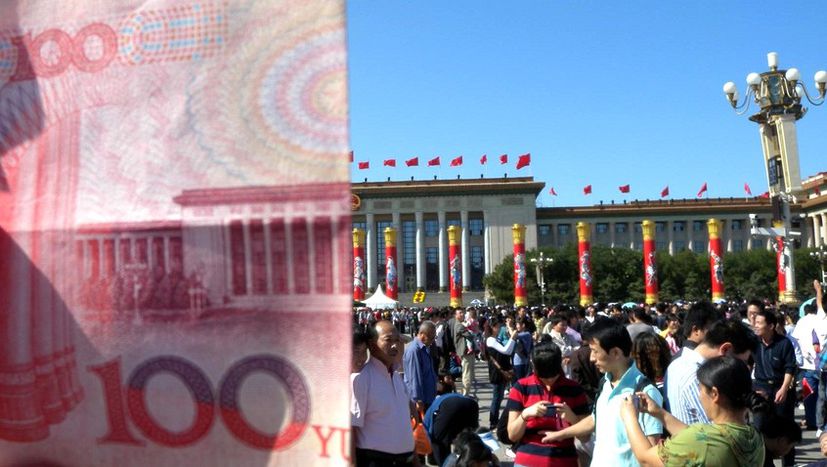 Li Kequiang's in Europe, and Europe knows it

The Chinese vice-premier is in Europe. He has signed billion-dollar business agreements and promised to purchase the government bonds of ailing EU countries like Portugal. Does this cheque book politics conceal the dictatorship's true motives? The Iberian and Austro-German press have raised the alert

'Not a good time to be pedantic' - ABC, Spain

In the course of Chinese vice-premier Li Keqiang's trip to Europe hardly anyone has dared to bring up the human rights problem, the Spanish conservative daily complains: 'The Chinese commanders are travelling the world with their cheque books in their hands and no one asks about trifles like mass executions or imprisoned dissidents, even when one of the latter has been awarded the Nobel peace prize. When a gentleman comes to buy one's debts without posing awkward questions, you don't examine his views too closely. The Chinese are financing Obama's Keynesian expenses, rescuing France's space industry and freeing the Spanish government bonds from growing pressure. Portugal hasn't gone bankrupt yet because China left five billion there last December. One day they will call in all the favours - and more - at the same time, but right now it's not a good time to be pedantic. They have a democracy deficit and we have our budget deficit. Let's leave it at that' (Ignacio Camacho)

China's vice premier is continuing with the diplomatic offensive launched by premier Wen Jiabao in Europe in December, writes the Italian business paper, adding that he expects a few favours in return: 'Now it's Beijing's second-in-command's turn to run this operation around the world. In the first stage the future premier, who will take over from Wen Jiabao in October 2012, has confirmed China's position. Beijing is willing to help the European community out of the debt crisis. Li Keqiang will call on Germany and the UK to ensure that in return for recognising China as a free market economy and lifting the weapons embargo that has been in effect against the Asian superpower since 1989, two important issues for Beijing are resolved. Today Li Keqiang meets German chancellor Angela Merkel as well as the bosses of Daimler and Volkswagen, with whom he will sign contracts worth five billion euros' (Luca Vinciguerra)

Despite China's good deeds for struggling European countries and businesses, the talks with Li should not avoid criticism of China which is as justified as ever, writes the German daily: "The Chinese have even recently become the self-appointed saviours of the euro - a role that lies in their own interest as it allows them to spread risk and strengthen their position of power in Europe. When the Chinese vice-premier Li Keqiang now praises the 'highly complementary' German and Chinese economies, it can't hide the fact that there is as much disorder as far as economic relations go. Foreign investors in the Middle Kingdom often don't have the same rights as Chinese firms. In this country where so much is under strategic control there is a huge lack of transparency. And the failure to protect copyrights remains an enormous problem. The talks with Li must focus on improving these conditions' ( Antje Schroeder)

With its cheque book policy China aims to gain economic and political advantages in Europe, the Austrian tabloid writes: 'Such gestures are particularly well received in precisely those eurozone countries which inspire little confidence nowadays. But it's less a single act of charity than everyday business, because China has to invest the countless euros in its gigantic foreign exchange reserve somewhere. Shi Yinhong, professor for international relations at the Renmin University of China in Beijing, sees this as a symbolic step 'with political dimensions'. 'The Chinese government is less interested in economic than political gains - not only from Spain but the entire European Union.' For twenty years, for example, there has been a weapons embargo against China - this is now beginning to crumble. China also wants to at long last be recognised as a free market economy to be able to defend itself against accusations of dumping. And finally an end to import restrictions on hi-tech goods to China would be very welcome' (Torsten Weidnitzer)