Leyla Zana: Hope for the Kurds

The European Parliament 'Sakharov Prize’ was awarded to Layla Zana in 1995, but the Kurdish former MP was only able to receive it last year after a long stay in a Turkish prison. 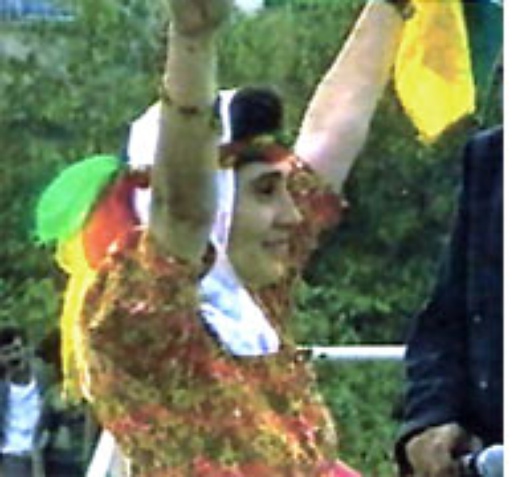 Only on October 14 2004 was Leyla Zana able to go to Brussels to deliver a speech of thanks to the European Parliament that awarded her the prestigious Sakharov prize for Freedom of Thought back in 1995 for her efforts to improve human rights for the Kurdish minority in Turkey. The Kurdish activist addressed the European Parliament in Turkish and Kurdish, underlining the equal dignity of all languages and encouraging the Government in Ankara to adopt a “revolution of change” to further negotiations on the future entry of Turkey into the European Union. Kurdish is a language that was at one time completely prohibited in the mass media and the education system in Turkey, and it is currently still strictly regulated.

The oath in Kurdish in the Turkish Parliament…

The standing ovation of the 732 members of the European Parliament paid homage to a strong and sensitive woman. With her, the Kurdish population, who have been visibly denied their fundamental rights, can leave behind the negative connotations of the adjective “Kurdish” (in their homeland they are actually called “Turks of the Mountains”) and the consequences of Turkish influence over the names of their cities, their streets and their unborn children.

Leyla’s life in some ways represents the fate of her people. Elected in 1991, at her inauguration to the Turkish Parliament she wore the colours of the Kurdish flag and gave her oath in her mother language to reclaim her real identity. As a result she was accused of separatist activities, which cost her, and four other deputies, the sentence of fifteen years in prison. Despite the repression of Kurdish social, political and cultural activities, Leyla continued to struggle for peaceful cohabitation of the two populations in a democratic context. She repeated at Brussels the need for a political solution founded on territorial integration of the Republic of Turkey.

Thanks to the pressure exercised by the European Union, who denounced the charges held against Leyla Zana and the four other ex-deputies that were incarcerated with her, the Turkish Government released them in June 2004, allowing her to make her speech at Brussels. In the context of the negotiations over the accession of Turkey into the European Union, these two diverse populations, at odds since the Great Powers forced them to live in the same territory after the First World War, are finally seeing the light at the end of the tunnel.

EU pressure has also forced Turkey to adopt important constitutional amendments including: instituting genocide as a crime; increased punishment for carrying out torture; elimination of the death penalty and an end to the restrictions on freedom of association, expression, communication and publishing. It is these latest reforms of the Penal Code that promise to revolutionise social relations in Turkey. But although things are moving forward, in reality little has been done to ensure the progress of human rights.

Europe is intending a strong degree of intervention in Turkey over conditions concerning enlargement and is planning to influence the evolution of politics and institutions in the candidate state. Within this framework, Europe should not pass up the opportunity to contribute to the diffusion of democratic values at an international level and to guarantee the Kurdish population their fundamental rights, which Ankara have always violated.