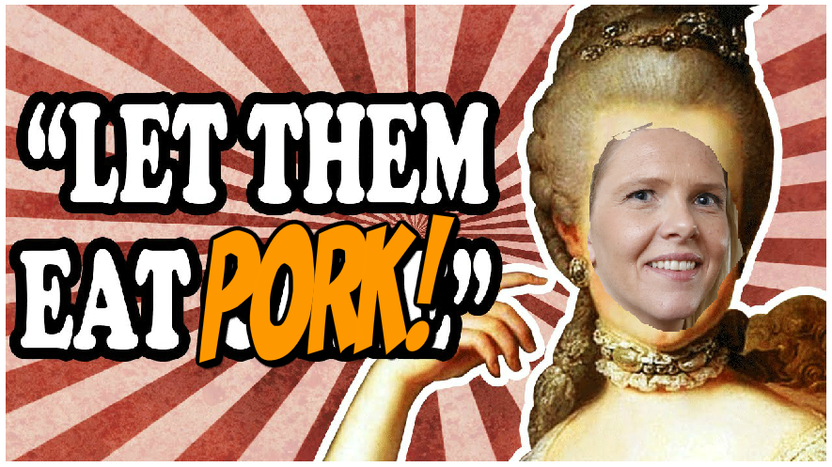 “Here we eat pork, drink alcohol and show our face. You must abide by the values, laws and regulations that are in Norway when you come here.” says the Minister of Migration and Integration in Norway. But, wait a second! We have seen this story before.

After the recent controversial statement of Sylvi Listhaug, the people of Norway are left with two basic options:

1. Does the Minister of Migration and Integration have poor mental judgement to foresee basic reactions?

2. Or does she deliberately provocate the people for more polarization?

I am not sure which one of these is worse, but  one thing is obvious: The minister herself should be the first one to be integrated before the Muslim minorities and other immigrants in this country.

A politician who tells people what to eat, what to drink, what to believe, what to think... These are the habits of fascist political understanding. The history guides us with the examples and the consequences of such statements. And Listhaug should be sane enough to comprehend the natural reaction of the society. So, the deduction in her case is simple:

1. If Listhaug is not able to foresee the evident result, she is not competent to continue as a minister. She should apologize and resign.

2. If Listhaug is attempting to ignite big demonstrations in Norway, she should again apologize and resign.

Needless to mention, nobody buys Listhaug's latter statement about being misunderstood.

Unfortunately, shameful statement of the Integration Minister serves as a reminder from the history.

The phrase is definitely a journalistic cliché and there is no even evidence she ever uttered it, but the well-known story took its place in international sense.

There is another funny resemblance: When Marie Antoinette said "let them eat cake!", she was 38 years old. Just like Sylvi Listhaug.

Gezi Park protests in 2013 got 8 million protesters in the streets. Only one month before the demonstrations, Erdogan had asked people to drink ayran, rather than Rakı. The demonstrations clearly showed that his words hit the nerves of the people.