Britain's EU tax rebate is unfair. But the problem is not that there are too many tax rebates, but not enough. 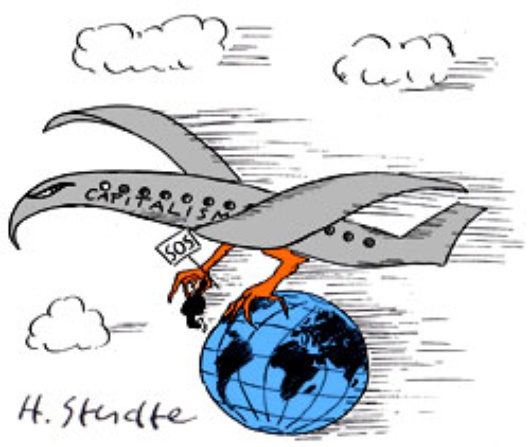 It is preposterous that in a European Union of 25 members, a wealthy state experiencing steady growth and a per capita income over twice that of the Eastern newcomers should be allowed to cash in an annual £2bn tax break to which the others are not entitled.

The natural reaction is to call for its abolition. This would certainly be an advance on the present situation. However, it would leave aside the issue of why the rebate was negotiated in the first place. Margaret Thatcher was able to argue for the British rebate in 1984 because, as an industrialised country with very little domestic agriculture, Britain ploughs vastly more into Europe's overgrown agricultural policy than she reaps from CAP subsidies. Other net subsidisers such as Germany were content to continue paying into this budgetary black hole. Thus, instead of agreeing root and branch reform of the CAP, it was accepted that Britain would be extended a tax rebate.

There is a fruitful principle at work here. Countries that do not wish to partake in the hugely wasteful common agricultural policy should not be forced to pay. This was right for Britain in 1984 and it remains right today. Instead of ending the British tax rebate, therefore, there is a better solution. We should grant a rebate to every country that pays excessively into the CAP. States like Holland, Germany, Denmark, Sweden and Austria would all have to right to withdraw their net contributions. This would leave the beneficiaries from the CAP to cultivate the scheme for themselves.

The CAP: a drain on the EU's credibility

Once such a tax rebate system were in place, the effect would be to drain and ultimately wither the Common Agricultural Policy in its present form. The abundantly beneficial impact this would have upon the finances, reputation, and efficiency of the European Commission would be immense.

Firstly, it would allow the EU to meet the challenge of negotiating a new trade round after Doha, by winding down agricultural subsidies and giving developing countries the chance to export their food to our markets. Pascal Lamy has already proposed ambitious initiatives to prune back the CAP for this trade round, but if these proposals do not bear fruit, the EU should consider unilaterally clipping down its agricultural subsidies.

Secondly, it would end the sterile debate over whether the EU Commission should have a budgetary ceiling of 1 per cent, by reducing EU spending as a proportion of GDP from 1.14 to around 0.75 per cent, assuming a 50 per cent reduction in the scale of the CAP. This would give the Commission leeway to raise finances in order to focus on other core objectives, such as regional development aid, international assistance, or a common defence policy.

Thirdly, it would enhance the credibility of the EU. For decades the CAP has been an embarrassment to the EU, highlighting its wastefulness, inability to reform, and lack of organisational responsibility. The CAP violates the EU's principle of subsidiarity and giving Member States the right to withdraw would refocus attention on the Commission's other work.

Fourthly, it would reduce euroscepticism within nations that have small agricultural sectors such as Britain, Denmark, and Sweden. Such country's have become increasingly fertile ground for hostile atttitudes towards the European project and risk sprouting further dissent in future.

An objection to this reform would be the inegalitarian effect it would have, with many of the net beneficiaries from the CAP being poorer, underdeveloped states, especially among new members such as Poland. This is, of course, mistaken: some beneficiaries, such as Ireland, are exceedingly wealthy. However, the point is generally correct, and thus in order to counter this effect any universal tax rebate would have to be accompanied by a transparent system of development transfers from richer to poorer states to help their restructuring and development efforts blossom, as the European Bank for Reconstruction and Development (EBRD) presently engages to do.

By planting the idea that the British tax rebate be rescinded, EU Budget Commissioner Michaele Schreyer has done us all a great service. This issue could not be buried forever. But now all member states should receive the same treatment that Britain does.