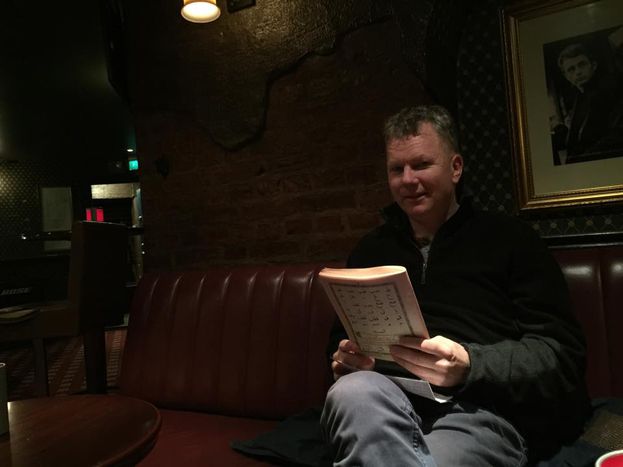 Learning Quran in a Gay Bar

An infidel man comes to The Prophet Abraham and asks some food. "If you convert your belief to my religion, I will provide you the food." says the prophet. The old infidel refuses the offer and he says "Rather than changing my religion, I'd rather to starve to death." And the old man leaves Abraham. As the infidel gets away, a miracle happens. The God whispers to Abraham: "Even though he never had faith in me, I provided him food for 70 years and you didn't bear his choice even for one day." The message of God helps Abraham realize his mistake. He runs after the old man and provides him food and water.

This is a legend from Islamic culture which intends to tolerate the people who have no faith in Islam. Abraham is considered to be the prophet who built the Kabah which is the most precious monument for Muslims all over the world. Even while I am writing these words, millions of Muslims are praying towards this origin. The place where Abraham built the sacred house. Unfortunately, many Muslims forgot this beautiful teaching and we ended up with Charlie Hebdo attack.

With this story on my mind, I am walking the streets of Oslo with tattoo designer Fatih Serdaroğlu who came to town as a tourist. Our road crosses with the well-known gay bar, London Pub. We think it might be an interesting location for a tourist from Istanbul, and hence we get in. When we were about to leave the bar, an unexpected object catches my eyes. A textbook to learn Arabic Alphabet... I quickly got engaged with the Norwegian man who was trying to memorize the difficult characters of Quran with the help of a paper. (You may see the paper he was using to hide the latin reading of the Arabic letters.)

"I am trying to learn how to read Quran."

His attempt is remarkable and the whole ambience is controversial for narrow minds. Charlie Hebdo attack influenced all of us and it is impossible to avoid the news about Islam from thousands of different news channels. This man probably got fed up with all of these comments which cannot be easily verified, so he decided to take action for the sake of reality by himself. Also, what could be wrong about trying to learn Quran in a gay bar while Allah itself says "I am everywhere and I am everything" in the holy book?

Ironically, another story shakes the country exactly at the same time and only few hundred meters away from London Pub. TV2 reporter (Pakistani Norwegian) Kadafi Zaman goes to the Charlie Hebdo support demonstration area with a cameraman, and as he approaches a young man with his microphone, Mr. Zaman faces a verbal abuse on live. The Islamophobic Norwegian guy calls him a Muslim bastard. Whole country watches this unfortunate scene on TV's.

The same inputs for superficial eyes, but completely opposite outcomes for minds. So, there must be another factor here. Something strongly defines us. Something stronger than our sexual orientation, gender, nationality or religion... This talisman should be the choice of our hearts. It is possible to insult a Muslim tv reporter on prime-time news program in front of your country or seeking the truth wherever you are. The choice of our hearts defines us as good or bad. Not our nation nor our religion.