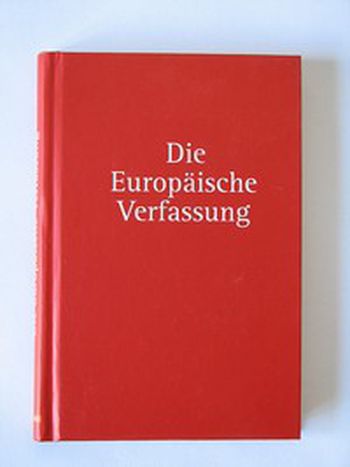 Launching the European Project in 23 pages

Why is a political Europe desirable? Because it would serve the interests of everyone. Essayist and historian Tzvetan Todorov tells us why

With its 450 million strong population, the European Union can adopt an economic policy that not one of the nations that draws it up is able to impose alone; deal with the energy supply problems that they all face; adopt a common stance on immigration; develop advanced research centres that no single Member State could offer. The European countries must also be united in order to offer more effective resistance to their common adversaries. At the moment, terrorists travel from one country to another more easily than investigating magistrates. Ecological threats ignore borders just as much; the cloud from Chernobyl did not stop at the Rhine; the effects of global warming can be felt equally in Italy and in Denmark. Only protection policies remain national.

In a world that is far more united than it has ever been, Europe will play a role which none of the Member States alone could assume: defending its interests against other world powers and at the same time embodying a set of principles that can serve as a model to everyone. Scarred by the painful experiences they have suffered over the course of the last centuries (colonialism, totalitarianism, world wars), Europeans aspire today to become a "peaceful power" which, without relinquishing its defences, imposes its values rather than its armies on the rest of the world. The European people no longer cherish one single dream of a radiant future; and yet they cannot be content to manage their affairs routinely. To find a balance, they need a project, a "grand plan", such as: embodying and defending European values.

If more of Europe is to be desired, then how can we get out of the current deadlock?

In theory, there are three options: to renounce the Treaty; to propose another one; to adapt the existing text to make it acceptable to everyone. The first is impractical, even if it were rechristened "Europe of projects" for reasons that are both psychological (a lack of impetus brought us backwards and we must find a way to turn the tide) and technical: the running of the Union is paralysed by the treaties in force, ill-suited for a Europe of twenty-five Member States. The Constitution Project meant that this could be remedied by clauses dealing with the qualified majority, enhanced cooperation and a permanent presidency of the Council. Presenting a new text has no conceivable advantage. This is not because the existing text is perfect (it is not), but because it has already been voted on by sixteen countries and nothing justifies asking them to start all over again. We also know that this text is the result of compromise and it is not very likely that some new proposition or other will suddenly be welcomed unanimously.

So, only the third option remains: to adapt the text. For this, our starting principle must be to not submit to a vote anything that is already in the initial text, but also that he who does more can do less. In other words, give the nine countries that have not ratified the option to adopt a shortened version of the treaty, limited to sections I (the institutions), II (fundamental rights) and IV (general provisions), excluding section III (policies and functioning) and the appendices. This reduction, which would bring the text down from 183 to 23 pages, is not only justified by the fact that French and Dutch hesitancy was motivated by the third section, but also because the latter concerns more political choices, which develop according to the wishes of the different majorities, than it does the legal aspect, which should remain stable. This condensed text would be given a new title, for example Fundamental Treaty, and adopting it would be essential for all countries wanting to remain part of the Union. For this reason, and as the political future will be committed here, the decision should be made by those who bear the responsibility for the country's political fate, i.e. the parliament or a meeting of the two parliamentary houses. For this solution to be effective it is sufficient for it to be taken on board by the next European Council who would then postpone the ratification deadline to 1 November 2007; it would then allow each government concerned to choose the most opportune moment for the vote.

As soon as this communal ratification is achieved and the European balance is restored, the European Union will be able to get moving again, making particular use of the provisions regarding enhanced cooperation. It is clear that, in a Europe of twenty-five or twenty-seven Member States, this is the way in which we can move forward. The European Union will not have a hard core that is always the same but will run "with a variable geometry" according to the areas where increased collaboration seems useful. The rest is what is already in place: the Schengen area includes fourteen countries, the Eurozone twelve, and Eurocorps concerns six countries directly and five others indirectly – but they are never precisely the same. On the same model, other agreements could be established, for example on social protection, judicial collaboration, or financial harmonisation.

France has a particular interest in seeing a political Europe grow in strength. If she wants her voice to remain heard on the world stage, her only chance is to do so via the European Union: France can be strong in Europe; Europe will be strong in the world. To this end, other Europeans must ensure that she acts for communal interests rather than her own. She could prove this by grand gestures, such as letting the European Parliament reside in Brussels rather than keeping it in Strasbourg where it makes a hole in the Union's budget without increasing the significance of France. She could involve the Union more in the positions she defends as a permanent member of the Security Council; she could commit herself to using all military means possible to protect the integrity of European territory rather than calling upon undefined "allied countries" in this context.

Contrary to what the fears expressed here or there let you imagine, reinforcing a European identity does not destroy a national identity: Europe is not one nation and never will be. These two identities are not incompatible. The proof? Each of us, whether we know it or not, already have several. First of all, we have a cultural identity, in the broad sense of the term, which we obtain during our childhood with no intervention on our part. Above all else, it consists of our mother tongue and hence the conception of the world contained therein; a religion (or lack of it); memories of countryside; culinary or bodily habits; but also of cultural elements in a narrow sense: books, images, melodies. Next, we have a national and civic identity, held together by solidarity (and not shared emotions anymore): it is based on our economic and social interdependence which has to go through the state budget and taxes, and which is translated into our pension or social security systems, our schools and our public transport. Furthermore, we all have an identity ensuing from our political choices and morals, since we adhere to certain universal principles: thus a democratic regime, the rule of law, and the respect of human rights.

It is to this ensemble of collective identities that the European identity has just been added. It comes from the incontestable consideration of the plurality of nations at the heart of a single entity: Europe. It therefore consists in creating – in the absence of unity – a unity of a higher kind, to convert the difference into identity. We achieve this by committing to coexistence, to comparison and confrontation with those who do not always think or feel like us; by showing tolerance and relinquishing the temptation to impose good by force; by encouraging emulation and at the same time a critical mind by learning, as Kant said, to "think by putting ourselves in the place of others."