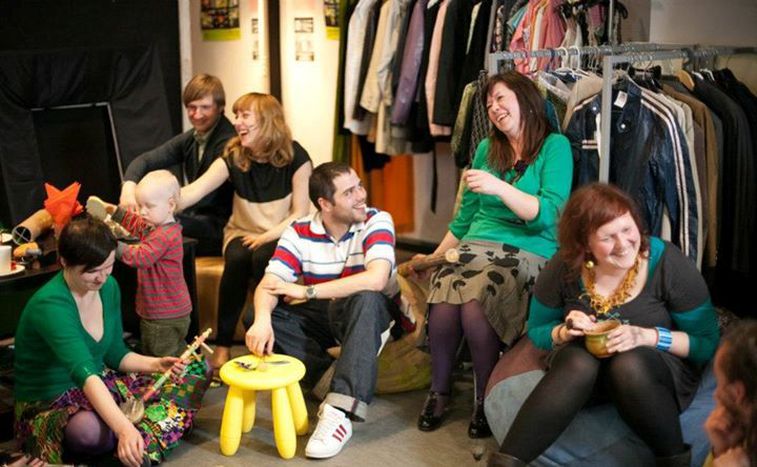 In the Baltic states you can find second-hand clothing for sale on every street corner. While for most people this is a simply a way to earn a bit of extra money, the second-hand sector (as seen in Britain) has been given a new lease of life by the Latvian initiative 'Otrā Elpa', whose founders use their shop to promote their vision of a more sustainable way of living

'It is really hard work, even though customers don't realise that at first,' says Asnāte Borisova. The 29-year-old has poured her heart and soul into the Otrā Elpa shop in Liepāja (the third-largest town in Latvia). In 2011 the premises were opened as an offshoot of the first shop in Riga, where business was going well there. However, this was not the case in Leipāja. 'In the beginning it was very difficult. We probably wouldn't have survived without the support from Riga. But now people here know about the shop and they like it. Now it's better.' 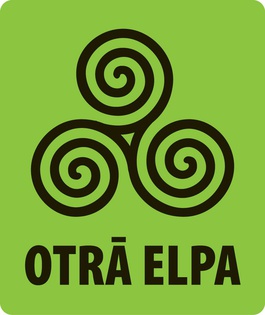 Otrā Elpa is unique in Latvia: a charity shop selling donated clothing and household items, with the proceeds going to charitable causes. This concept is best illustrated by the shop's logo of three linked spirals against a green background. "They represent our fundamental values: environmental conservation, charity and social responsibility," explains Asnāte. Otrā Elpa is a green business, so ensuring sustainability and promoting a more environmentally-aware way of living are the most important principles for all decision-making within the organisation.

This self-imposed educational mission is not restricted to selling second-hand clothing and fairtrade products. The shop regularly uses its premises to host events such as concerts, discussion evenings and workshops that promote its basic principles. Asnāte recently led a batik (Indonesian textile) workshop. 'Batik is not just fun, but it's also a way of making something new out of something old.' The shop's name also continues this theme: 'Otrā Elpa' roughly translates as 'second breath'. Old items are there to be reused and not simply thrown away – the shop breathes new life into these objects. 'Of course it's much easier to buy cheap clothes first-hand. Many people don't even think about what they're buying. But if you stop and think about where these things really come from, who's made them and how it's possible to sell them so cheaply, you realise that it's completely crazy.' 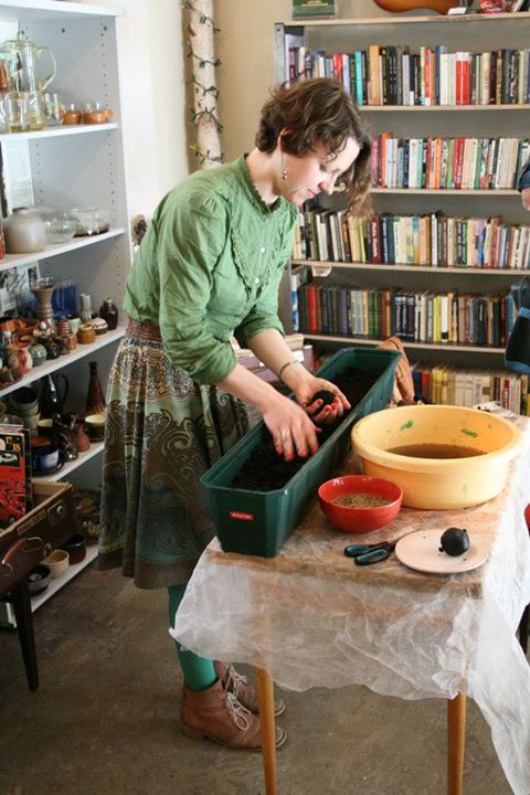 'We want people to understand that they don't have to buy everything first-hand,' says Asnāte. Second-hand shops have been around in Latvia for some time. They represent a significant share of the clothing market, but they generally sell cheap goods donated by people in richer countries who no longer have any use for them. 'Our mission is not simply to sell cheap clothing, it's about promoting sustainable consumerism,' explains Asnāte. While the clothes on sale at Otrā Elpa are certainly not expensive, the shop only accepts items of a certain quality. 'Some donations have to be rejected, as we simply can't sell them. Anyone who is just looking for cheap clothes is in the wrong place,' she adds.

Some of the shop's proceeds are used to cover rent and salaries, but the vast majority is donated to charitable causes. In consultation with its customers, the shop selects organisations from those that have applied for a donation, such as a group that organises summer camps and sports activities for children from disadvantaged backgrounds. However, not many groups in Liepāja seem to be aware that they can apply for funding. 'Unfortunately we've not had many applications and we hope to raise awareness so more people know that they can apply.' The shop also donates items to many social initiatives and establishments in the area. Unlike church charity shops, which exist in small numbers in Latvia, anyone can benefit from Otrā Elpa's support. 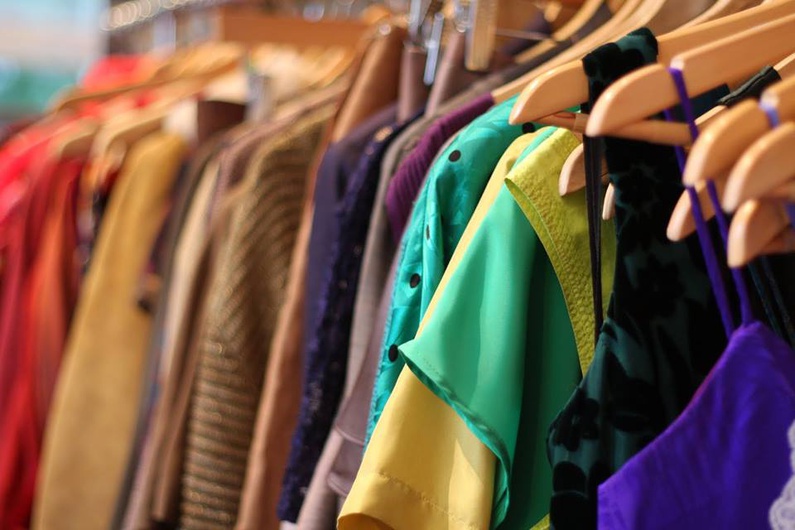 The inspiration for Otrā Elpa came to its founder Elīna Žagare in 2009, when she visited England and became fascinated by the many charity shops there. As there wasn't a similar charity movement in Latvia at the time, Žagare brought the idea back home with her. She founded the non-profit organisation  Ideju Partneri ('Idea Partners'); within four months, she had opened the first shop in Riga. The shop's central location, which was a vital reason for its surging popularity, was made possible with the help of the city authorities, who allowed the organisation to rent retail space at a fraction of the average price for the expensive Berga Bazārs area. Then came the shop in Liepāja. Today the two shops employ ten people altogether, but they also rely heavily on volunteers. 'The volunteers are very important for our work. Without them we would simply be overwhelmed,' says Asnāte.

Asnāte, who was also heavily involved in environmental conservation in her previous career, is very satisfied with her job. 'It's demanding, but also inspiring, fulfilling and so far it is the best job I've ever had.' Things do seem to be going well for Otrā Elpa: on 10 July a third branch was opened in Riga. The shop will also be represented the same month at the biggest music festivals in the country, Summersound in Liepāja and the Positivus festival in Salacgrīv. Asnāte is very pleased. 'When something works well, it's meant to be. That's how it is with Otrā Elpa.'