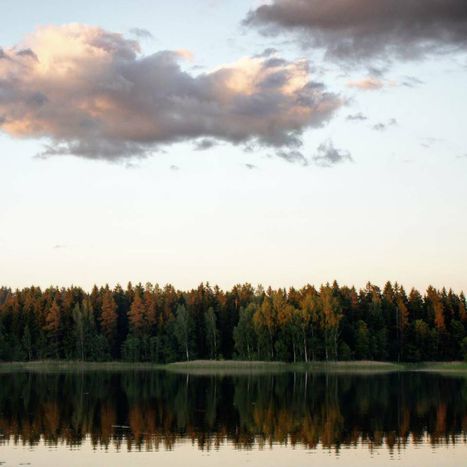 In Latvia they’re talking a lot about russification, that process of cultural and linguistic imposition which affected the country for most of the last century. The Soviet invader is condemned, Latvians are getting closer and closer to the European Union and the NATO in order to prevent any possible attack from the Russian enemy. They lay claim to Latvian language and local traditions swept away by years of occupation.

A lot of ethnic Russian are devoid of their documents still today, technically they’re stateless persons since 1991. Waiting for a referendum or a law that naturalizes them, the country is internally divided between those who want Russians to be citizens for all intents and puroposes and those who believe that this naturalisation would make Latvia “less European”. Formally part of the European Union since 2004, Latvia together with many other Eastern countries have decided to effect a historical “suppression” which maybe would have compromised the admission. Or at least that’s what the Prime Minister of that period believed, as testify letters and statements accessible still today.

Latvia “felt ashamed” and feels ashamed still today about its Nazi past. In recent years Latvians highlight their belonging to North Europe, trying to distance theirselves from the Russian heritage and conforming to the Scandinavian countries. On the heels of the Estonia, a lot of Latvians would like to promote their economy and society annihilating their Soviet past. They take example from Finland and Sweden of which they love remembering they’ve been part of it. It’s about a historical revisionism with a dominations hierarchy; the Russian one it’s rejected while the German and Swedish ones are approved.

It’s easy being talked about gulag and the detentions in Siberia which is the symbol place of stalinist repression, death metaphor, undefined area where the Latvians, Estonians and Lithuanians’pain was concentrated. But no one will talk about Rumbula’s Nazi massacre. Rumbula’s wood  is near to Riga and there about 30.000 persons were killed in just two days. It happened on the 30 of November and on the 8 of December 1941, in the middle of the Holocaust. Historians think that without the help of the Latvian collaborationists it wouldn’t be possible. Nevertheless during the years succeeding that terrible event, no case files have been opened, no investigations were made to comdemn those war crimes committed by Latvians against other Latvians, moreover Jewishes and gypsies. After the second world war the group of the Latvian SS was declared illegal. But during the Nuremberg trial almost no one talked about the members of the Latvian SS legion. But they were Shoah promoters, they deserved a sentence as Eichmann or Goebbels.

Marina Jarre, in her book titled Ritorno in Lettonia (Back to Latvia) is forced to take account of the lapse of memory on the period of the Nazi Latvia. It would have had a saving anti Soviet role during the ‘40s and there should be no more remembered after the fall of the Berlin wall, it would diminuish Latvia’s value in the eyes of the European Union and it would delete from memories the  Soviet abomination. Certainly she suffered realising that, in front of a command, a peat bog or a German gulag positioned on the Latvian soil in 1943, some workers kept working, without caring about that place, without knowing the historical meaning of that place. Obviously a selective memory is removing Soviet bad memories, also thanks to a good process of public awareness. We can’t say the same for the Nazi period. In fact not only there’s no longer any trace of the Nazi sweeps but  we look at Germany as a model to emulate, guide of the current Europe.  So much so that Latvia established a national holiday in 1998 (formally abolished in 2000 but it continues to be celebrated); the memory of Latvian SS, complete with an official procession in Riga, with boots and swastika as it’s proper for a Western democracy”.

Jarre tells how the same Germans criticize the Occupation Museum. According to some of them the informations regarding the Nazi occupation period are scarce. The ex Museum Director expressed misgivings about “these comments”, highlighting that "Latvians trauma is the experience of the gulag".

When in 2000 the then Latvia President Vaira Vike-Freiberga was called to account to the missed request of extradiction for Konrads Klejs  from the Latvian government, the President minimized. He affirmed that there weren’t sufficient evidences to do that. Reality shows that there were the evidences but the government decided to draw a veil of silence over a master war criminal who was housed first by the United States and then by Australia (he became Australian citizen in 1957) then he died calmly in his bed in Melbourne. In his last interview he confessed that he was one of the promoters and executors of the Operation Barbarossa happened in Rumbula’s woods that led to the death tens of thousands of Jewish, gypsies and political Latvian opponents.

Shortly after  the journalist questioned why the commemoration of the Waffen SS in Riga wasn’t declared illegal. President answered “We’re talking about a city, Riga which is the capital of a country that has regained its democracy and the right for everybody to gather, if they seek permission”

It seems that speeches on the German occupation in Latvia are done by Germans in a honest and balanced way as did Bernd Nielsen-Stokkeby in his Baltische Erinnerungen. Baltic German, half Estonian, the author is moved by a strong anti Soviet feeling, but he doesn’t reduces the numbers of the Nazi Holocaust in Latvia, as a lot of Latvian journalists and historicals do. Andrew Ezergailis too, in his The Holocaust in Latvia, 1941-1944 provides useful datas and evidences to those who want to know more about this question.

But then again we know that the tacit justification for these kind of historical events goes right through the minimisation of deaths’number. It was made for the Holocaust and particularly for Latvia. President Marcrì in Argentina still use this mechanism as a way to diminish the tragic nature of history. The desaparecidos were 30.000, but he asserts that they were only 9.000 and that grandmas and mothers of plaza de mayo just want to exeggerate. Shame on them that still don’t  know where their sons and nephews are. Then he proposes reduced sentences with the law 2x1 and with good behaviors for the killers of the dictatorship. Processes last 30 or 40 years, thus enabling the lords of war to have the time to grow old with calm, with no rush and almost always, in a comfortable way.

Countries “without extradition (or that decide to house war criminal without a lot of troubles)many times don’t ask for it because they’re lost in burocratic lengthinesses and the lacking desire to reach a real truth; these countries become the favourite destination of those who have  unfinished businesses with the post-war justice.

So Australia became in one way or another the country of the “great” of the Holocaust and of the Latin-American dictatorship: Pinochet, Kalejs, Zenta, Goering, Goebbels, Himmler.

Historical courses and complaints, in the West and in the East.

Because we don’t have to persecute anyone, neither the war criminals.