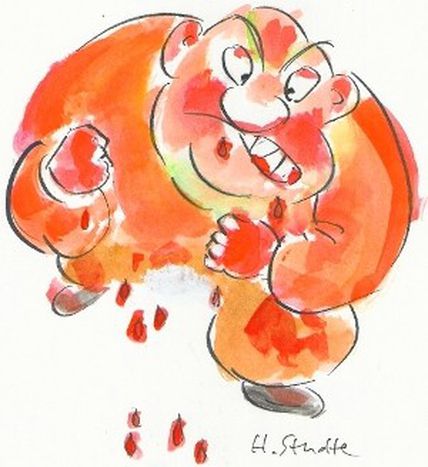 How far you would go to defend something depends on what language you speak. A German trade union might be willing to fight Haut und Haaren for jobs. In English, we don’t sacrifice our skin and hair, but we would be likely to fight tooth and nail in order to make sure that we keep the pound.

Possibly linked to that famous Gallic nose of theirs, the French would fight bec et ongles or nose and nails, to defend their wine producers from all those New World upstarts. The Spanish, who evidently have a high pain threshold, will even fight brazo partido, or with a broken arm!

Other countries go even further – the Poles fight till the last breath - walczy do ostatniego tchu – while the fiery Italians and Hungarians would defend their honour until the last drop of blood, all'ultimo sangue and utolsó vérig. The polite English don’t mention the b word – we just fight until the bitter end.