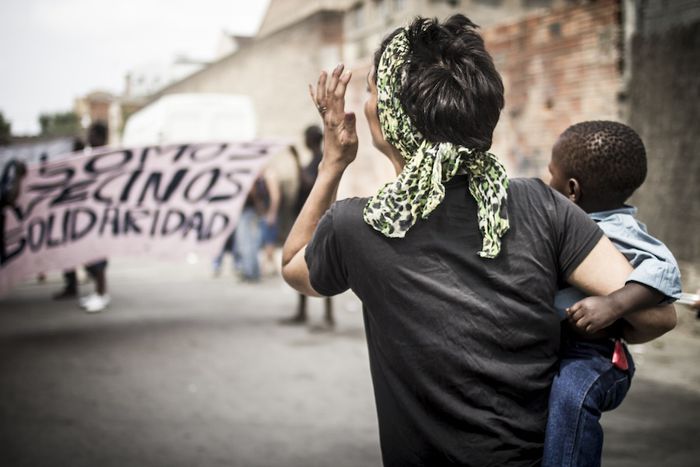 District 22 is a zone of Barcelona which was constructed above the old industrial neighbourhood of Poblenou, which is in the northern part of the city. We meet residents of La Nave here, a reclaimed warehouse housing around 300 people of different ages and nationalities, including immigrants from sub-Saharan Africa, Romania, South Americans, North Africans and also Spanish people. Up until recently these people had homes and salaries; most are not too happy to be living here since their fortunes faded. It’s better than the streets though; there is more security, and more chances of survival. There is also a certain notion of community here, with three bars serving the residents at modest prices. There are also stores for scraps to be sold for metal recycling, which is almost the main source of income for the residents, and which is one of the life lines of La Nave (pronounced 'nav-eh', literally meaning 'factory'). However for the past two years their livelihood has been threatened by the Iglesias Baciana family, local property moguls, who called the police on the locals in July 2012 before judges put an end to it. Ironically this very family run a foundation helping young women living in poverty in Africa, and indeed, around the world (Image: (cc) GroundPress)