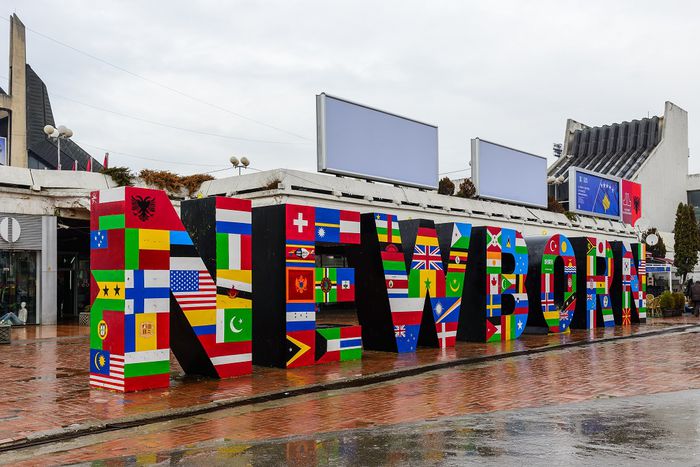 A few weeks ago, the EU approved an association agreement with Kosovo that will be signed next year. Europe will ignore the five member states that still don’t recognise the Balkan Republic as a member of the Treaty of Lisbon. With different states being integrated at different rates, there are distinct signs of imbalance to be noted in the union

Talks between Kosovo and the EU kicked off on 28 October with a view to Kosovo becoming an associated member in 2014. Such an arrangement would offer the ex-Serbian province many of the boons full members enjoy, including the free trade of goods, services and capital. Prospective membership always starts with these association agreements, so what’s the big deal? What’s different in the case of Kosovo is the lack of unanimous support for their accession. In other words, certain EU members don’t want them to join the club. What does this tell us about the EU?

The EU can, in fact, skip normal procedures thanks to the Lisbon Treaty, approved in 2009. Before this, any state could veto negotiations like the ones that have been taking place between the EU and Kosovo over the last few years. Recall how France and Germany opposed Turkey’s integration despite the fact that the country had been part of the EU Customs Union since 1995. Turkey’s case was especially complex because it is a transcontinental state that lies mostly within Asia, as well as boasting a curious combination of Muslim culture and secular society.  Moreover, Turkey is involved in an on-going conflict with Cyprus and Greece over its support for the Turkish Republic of Northern Cyprus.

On the contrary, Kosovo’s integration into the EU has been a priority since the end of the Balkans conflict. NATO intervened in 1998 to put a stop to the ethnic cleansing of the Albanian community that had settled in the Serbian province. Kosovo declared its independence in 2008, although Serbia lost its control over the region in 1999 after losing the war. This left the territory's administration in the hands of the United Nations (MINUK), who are still present nowadays in many of the country’s affairs. The overbearing influence of the UN, the US and the EU has spawned Vetëvendosje, an extreme nationalist movement striving for self-determination in Kosovo.

Despite being officially recognised by more than a hundred countries, including the USA and most of the EU member states, the Republic of Kosovo has yet to become completely normalised. Serbia still considers it an autonomous region within its national territory. This is where the importance of the EU’s gesture comes in to play. The EU has decided to override the veto rights of the five countries who don’t recognise the Republic of Kosovo as an independent state: Spain, Slovakia, Cyprus, Romania and Greece.

Progressing with the integration of the Balkan countries is one of the EUs priorities, which began with Slovenia and carried on up until last summer, with the inclusion of Croatia. With Montenegro also being a possible candidate and Serbia already in negotiations, Kosovo is an important stepping-stone on the way to these objectives. Not in vain, the first step was to establish relations between Serbia and Kosovo, a historic moment which opened the doors to being recognised as a country, something which was of benefit to all parties involved.

While on the one hand, Belgrade will be guaranteed a place in the EU, on the other, Pristina will begin to see light at the end of the tunnel regarding its international relations. Moreover, Kosovo will gain access to a market which the country desperately needs, especially in view of the 30% rate of unemployment. At the end of the day, the EU will have strengthened its diplomatic and international relations, a subject that they still need to work on.

In any case, Kosovo’s association agreement is still an ad hoc law, a new path to integration that reminds us that Europe is somewhat fragmented with different countries integrated to different degrees. Take Switzerland, Norway and Iceland, for example, countries that belong to the Schengen Area without being members of the EU. The United Kingdom and Ireland, on the other hand, are members of the EU, but not of Schengen; while Andorra, Monaco and San Marino make their own Euros without even being part of the Eurozone. All this is proof of a continent that is developing unevenly.

The fact that the agreement has only been signed by one legal entity, the EU, demonstrates the pragmatism with which the institution faces political problems as they arise. In other words, it has a reactionary predisposition by which it respondes to each specific case without having previously established laws to turn to. Scotland, Catalonia and Flanders: take note!