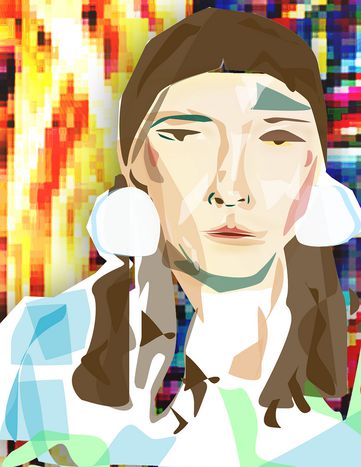 Less than 3, 000 Roma live in Lithuania. Representing 0.1% of the population, there are still enough Baltic 'gypsies' to serve as a scapegoat in a country feeling squeezed by the crisis. However, in one Lithuanian village, Romualda, Svetlana, Konstantin and Konsela are helping the community to lift its head

‘If you meet a Roma, there are three options: either he’s an addict, a dealer or a thief.’ It’s Friday at 3am in the Gringo bar in the centre of Vilnius. Vitalius, who we meet randomly at the bar, is somewhat tipsy. He apologises for recycling stereotypes about Europe’s largest minority but insists upon it. ‘I’ve lived in Vilnius for twenty-seven years,’ he remarks. ‘I’ve never heard a good thing about the Roma. Several of my friends who became addicted to hard drugs and ended up on the streets got their supplies at Kirtimai.’ 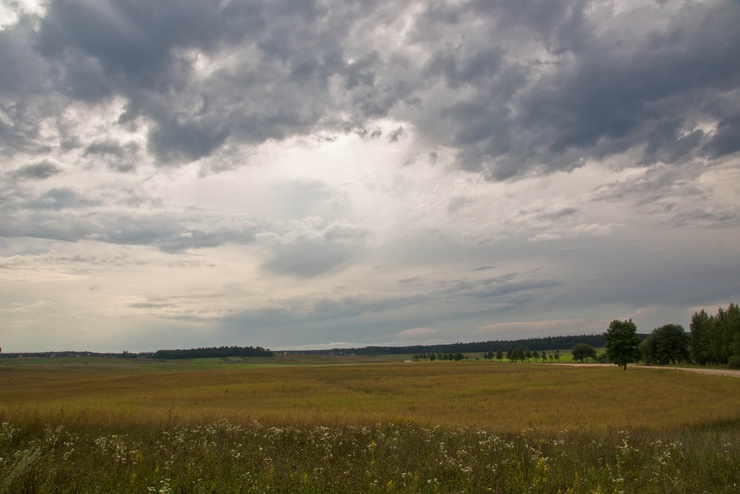 Kirtimai, a village on the outskirts of the Lithuanian capital Vilnius, is a place with three connotations. Firstly, it’s the preferred target of a politics of blame, which is chewed over by the media and swallowed by Lithuanian public opinion. Secondly, it contains a concentration of all of the symptoms of poverty suffered by the Roma community. The third factor is less well-known but more positive: the Roma of Kirtimai benefit from numerous educational and professional intervention programmes issued by the Lithuanian civil society.

Nomad, go back to where you belong

It is one degree below freezing in Vilnius on 8 December. Romualda, the director for the foundation for Lithuanian children for the last fifteen years, steers her car towards the Roma community centre which is situated at the entrance to Kirtimai. ‘Our foundation started in 1994 with food aid,’ she begins, turning the car. ‘However, one day we asked the Roma of Kirtimai to write their names on a list. They only wrote one letter each; they didn’t know how to write. I realised that food wasn’t the only problem.’ With an arm movement, the director of the foundation who is wrapped up in an Elfe coat (an eco-fashion brand - ed) points to the wooden huts beyond the fogged up windows. The Roma community centre in front of them is the only proper building among them. 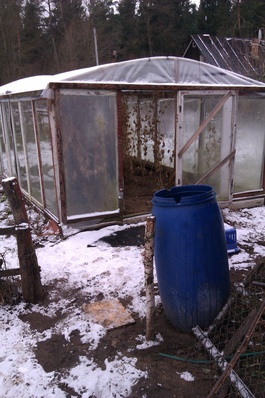 Two girls connect up a sound system and improvise dance steps while a teacher prepares the class room. The adult Roma can come to take Lithuanian language, economics or driving lessons while the youngest are pointed in the direction of pre-school support and creative classes. ‘It took about two years for them to accept me,’ says Svetlana Novopolskaja. She has led the centre since its foundation in 2001. Not being of Roma origins, the Lithuanian with the laughing eyes had to prove her credentials first. However, she knows that the Roma’s perplexity when faced with public bodies stems from their history. ‘Kirtimai was once a dense forest. The Roma were nomads. The ‘Roma houses’ as they themselves call them weren’t made to house them all year round. However, in 1956, the soviet union forbade nomadism and made school compulsory. A factory has been built where the woods used to be. After sixty generations of nomads, the Roma have been told to settle.’

Under the eyes of police cameras

In front of a computer screen which he masks with his broad shoulders, Konstantin Stech, 26, works on the Face Roma project. In improving employability in a community where 42% of members have no professional experience, the project supported by the united nations and the Lithuanian ministry of social security and labour aims to open the work market to the Roma of Kirtimai, with the first step being the facilitation of access to education, housing and public health. 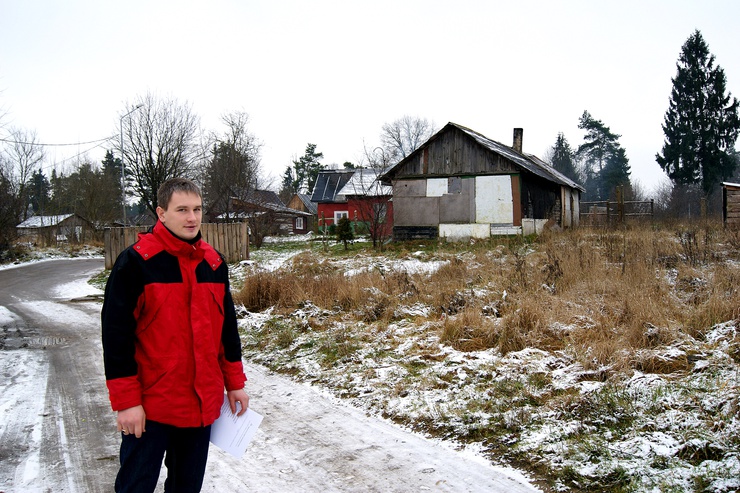 It is 11am, time for Konstantin to go and confirm that the Lithuanian lesson is going ahead. The big guy with the blue eyes slips on the non-asphalt road leading to the huts. Less than 400 Roma live in 72 houses, of which only one has been officially declared. All of them are registered as living at the same address - 185 rue Dariaus ir Girëno. ‘In 2006 there were 536 Roma at Kirtimai. Many have emigrated to the United Kingdom to earn a living. Sixty are in prison,’ explains Svetlana. The police have toughened up on the drug trafficking which is rampant in the camp. ‘The cameras installed in the camp in 2004 have finally started to be used. 1, 000 users from the town have been identified. The dealers have been arrested. However, the key people involved in the trafficking are still going.’

Konstantin passes by one of the security cameras and goes into a rickety house. A worn-out woman sits on the sofa, watching a young couple making tea. While the young woman takes care of their two-year-old daughter, an athlete in a tank top adds wood to the fire to heat the two poorly insulated rooms. He misses England, where he’s just returned from, because it’s easier to find a job there. ‘In Lithuania people say the Roma are slackers and thieves who don’t want to work.’ The unemployed inhabitants of Kirtimai live off social benefits which amount to 300 litas each (86 euros or 71 pounds) - or from drug trafficking.

However the young generation wants to change. In addition to the efforts of Konstantin – ‘two Roma are about to be hired in construction work thanks to Face Roma,’ confides Svetlana – the desire to go work in Great Britain makes the obtainment of Lithuanian citizenship indispensable. This requires success in a language exam. More and more Roma are taking Lithuanian lessons. ‘Two of them passed the exam last month,’ Svetlana announces proudly. 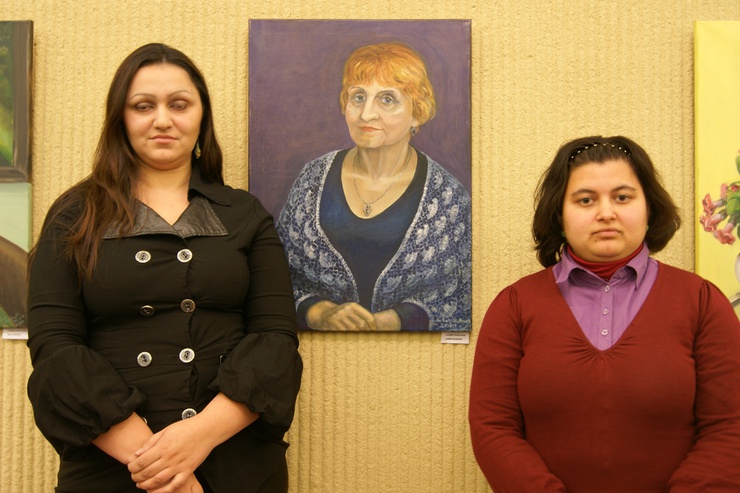 While some people are taking on citizenship so as to leave the country more easily, others travel so as to be able to better integrate. Konsela Mačiulevičiutė is a 26-year-old singer who graduated from the Yamaha music school and teaches music in Žagarė (in the north of Lithuania, near the border with Latvia). She has just returned from Strasbourg in eastern France, where she was helping at a conference for Roma youth. She was also in Malaga in southern Spain where she represented the Lithuanian community at the first worldwide conference of Roma women. ‘My aim is to create an organisation for all the Roma of Lithuania which would be open to non-Roma too, to change our community’s image,’ she says in polished English. Feminists, graduates and artists versus dealers, theft and unemployment: are the Lithuanians ready to accept the new generation of Roma’s desire for a facelift?

Many thanks to the team at cafebabel Vilnius including Daiva Repeckaite. This article is part of the second edition in cafebabel.com’s 2010-2011 feature focus series on multiculturalism in Europe