Parliamentary representative for Istanbul, Kemal Dervis, is trying to tie together the creation of a Turkish social democracy and his country’s future in Europe. A profile of a new kind of leader. 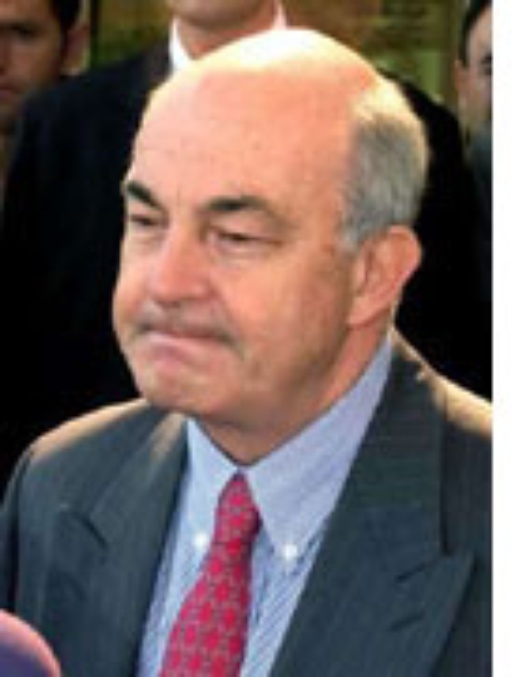 “Kemal Dervis is one of a group of men who represent a real hope for the East, in everything they stand for. He is a future European heavyweight.” This noble statement, part of a fervent speech of support for Turkey made by historian Alexandre Adler, reflects general opinion. However, this does not prevent Dervis from being a mysterious figure as he is impossible to pin down; fond of giving hints and clues on Turkey, on Europe of the future, which are left hanging in the air…

His CV speaks for itself: Kemal Dervis, 56 years-old, born to a Turkish father and a German mother. He studied economics in both Europe and the United States, is ex vice-president of the World Bank, an ex-minister of the Economy (2001 – 2002) and the current parliamentary representative for Istanbul and the centre-left CHP (People’s Republican Party).

But nothing is ever enough. The man is a jumble of contradictions: the academic confronted by the antics of his DJ son, the social democrat in a party which goes in more and more for nationalistic posturing. A convinced and highly convincing pro-European, were it not for the limits imposed by his nationality. Dervis is a man impossible to pigeonhole.

Profile of a divisionist

Chief economist and architect of the plans for investment by the International Monetary Fund in Turkey, he has been branded an imperialist, an accusation that is rubbished from the first page of Joseph Stiglitz’s bestseller, who thanks him profusely for what he has done for the country. As a young man, Dervis had Marxist leanings and strongly believed in the virtues of a free market, which lead him to propose an international capital tax to balance the system: “A synthesis of socialism and capitalism took place at the end of the twentieth century. From then on, the debate was more about the legitimacy of the actions of the State and levels of public intervention, whether on a local, national, continental or global scale…”

A kemalist republican, the ‘official’ left is still scandalised by his dissociation from the issue of secularity and the ban on the Muslim veil in universities. They told him to speak to government ‘Islamists’, an action which shows more than anything the authority he still wields as a simple Party member, after having given up his official responsibilities in 2004.

Don’t fence me in

The same refrain can be heard in a country which is fighting its way towards Europe: last Spring, the AKP (Justice and Development Party) government chose Dervis to head the delegation in charge of negotiating Turkey’s entry into the EU, which could start in 2005.

“Being named as a negotiator doesn’t change anything for me,” he says. “I already spend most of my time on European issues.” As the head of a think tank, he analyses, dissects and throws back each of the arguments of the opposition. At a conference in Berlin in June, he spoke out against the furious silence amongst the upper echelons of the CDU and described his vision of an EU which is “neither a Christian body, nor a free-trade zone, but open and switched on to today’s globalised world.”

Kemal Dervis will not be pinned down. As a butterfly who is just beginning to spread his wings in Turkish politics, he knows he would not be able to stretch so far if he did not hold the position of parliamentary representative for Istanbul. Changing tack once again, he is already talking about the future cosmopolitan elite of Europe.

Could he be a saviour for the Turkish Left? A Brussels commissioner? Or even the country’s greatest hope, a man to take seriously, capable of being one of the leaders of a new, trans-European Left, with 2014 on the horizon? Time will tell.