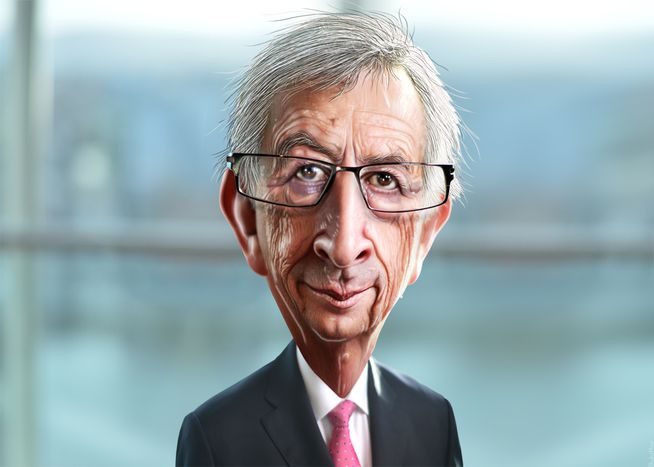 Juncker: “We will never have a United States of Europe”

What does European Commission President Jean-Claude Juncker think about Europe?

At a recent event held by the Delors Institute, he espoused his governing philosophy: fewer but well-defined priorities. "Not all European problems are problems for the European Union," he explained.

The first five months of Jean-Claude Juncker's presidency of the European Commission have been anything but boring. Swept up in the Luxleaks tax avoidance tsunami, he has also called for the creation of an EU army and many contest the idea that he has a democratic claim to the job of European commission.

The Delors Institute tried to bring Juncker together with a former EC Presider Jacques Delors, but sadly Delors' fragile health (90 years old on 20 July) forced him to cancel the public meeting.

Before a relatively restrained audience, Juncker, a  little more than 100 days into his term in office, was able to illustrate his ideas on the “Presidency of the European Commission and the functioning of the EU's institutions.”

The legacy of Delors 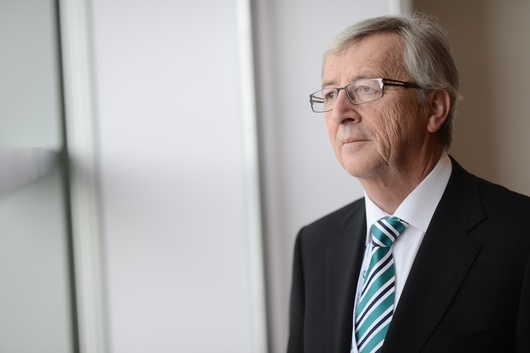 “Delors is a source of inspiration for me," indicated the president in charge. "He achieved many successes that were only recognised after his term was over. It's the fate of all the grands esprits. Personally, I met Delors when I was a young Labour minister, I was 30-31 years old, and I remember being impressed by his wisdom and his ability to bring together differing points of view. Without him, we would today have neither the European single market nor the euro.”

For Jean-Claude Juncker, Delors was therefore not only an illustrious predecessor, but a real and true mentor. “Delors taught me that to succeed in Europe requires a guiding principle, a calendar and strong institutions," the Commission president continued.

"Last year during the electoral campaign, I met many citizens and journalists who made me understand that Europe deals with too many things. There's a need to respect the principle of subsidiarity. Not all of Europe's problems are problems for the European Union, and what's not a problem for the European Union should therefore not become a problem for the Commission.”

In an impromptu speech about the way in which Europe should be governed, Juncker did not fail to  criticise his own Commission, but he also directed those same criticisms to member states and their lack of political will.

“We have 28 commissioners, it's too many," admitted the president, "so the administration and those same commissioners tend to add to the superfluous and become exaggerated. There is a need to specify that the Commission deals with the big issues, in this way my programme revolves around 10 priorities: the broad themes that should help take control of the European Union's near and distant future.”

Over the first few weeks of March, in fact, the Juncker team eliminated 80 directives of the 450 currently on the table and has been roundly criticised for it. Amongst the bills that ended up in the waste basket were those on the so-called “circular economy,” air quality and maternity leave.

But the controversy doesn't end there. As many politicians have observed over the last few years, due to the European Union's continual enlargement, today counting 28 member states, the Commission's directives have become increasingly vague.

The most detailed drafting of laws, which are supposed to include the general themes expressed in the directives, was instead left in the hands of bureaucrats and “experts” invited by member states.  The European Parliament  has practically no control over these people. Reducing the number of directives, therefore, paradoxically means leaving even more power to the Commission.

Few but well-defined priorities, that is President Juncker's philosophy. A discussion which translates to: a €315 billion investment plan, a digital single market, and a more profound energy and economic and monetary union. “We must define what will be the final goal of the monetary union," the president explained, "because those viewing us from abroad do not understand where we want to go. And above all, we need to agree on what the monetary union represents to international partners.”

But what made Peter Oomsels, vice-president of the Young European Federalists (JEF), seated on the stage next to Juncker, jump in his chair was the president's concise statement:

“Europe is not being constructed in spite of the nations. We'll never have a United States of Europe. I am against such a concept that distances Europeans from the European Union. Citizens do not want the Union to be an amalgam where all  cultural, artistic and political differences disappear. These are neither examples to follow or ones to give. It's necessary to construct a Europe together with the nations and so it is necessary to have people at the Commission  who really know national realities.”