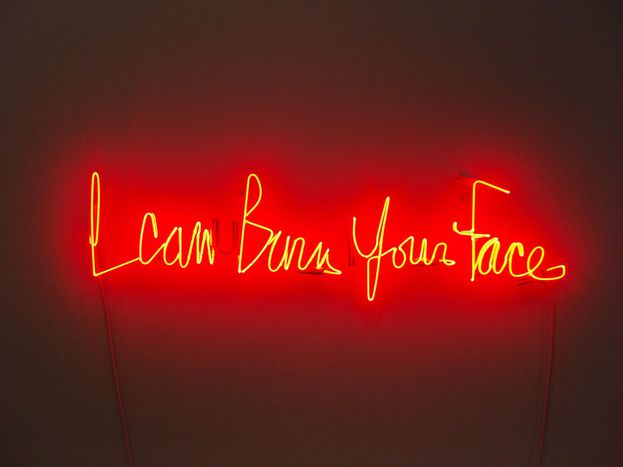 In 2005, the famous American artist was commissioned to work on the new image of the Dutch secret service. 'They hired me to find their face and in return they censored mine,' remembers the 32-year-old in an email interview

cafebabel.com: Jill, why do you think the Dutch secret service (AIVD) invited you to run an artistic project about the 'democratic order' of the institution in 2008?

Jill Magid: In 2005, the Dutch secret service commissioned me to make a project for their new building. They had nearly doubled in size with the new wave of ‘global terrorism’ and needed a larger headquarters. Under Dutch law, a percentage of the project's total budget had to be used to commission a new artwork for the building. I applied on the suggestion of a curator who worked for a government agency mediating these projects. He was aware of my work, specifically my project Evidence Locker. There, I formed a close relationship with Citywatch (Merseyside police and Liverpool city council), whose function is citywide video surveillance – the largest system of its kind in England. For 31 days, I was followed and filmed by the police, and I wrote them love letters. I created an intimate portrait of the relationship between the police, the city and myself. I showed this project and other related ones to the AIVD; perhaps they also wanted a love story.

cafebabel.com: What struck you the most as you were interviewing spies between 2005 and 2008?

Jill Magid: I thought that by getting to know the AIVD, I would come to understand their system, and how government secrecy and power works. I was curious about the agents themselves, how they behaved and thought. I began to understand their language, codes, methodologies. I started to become like them. That's why I titled my book about the experience Becoming Tarden (2009). Tarden is the name of the protagonist from (the Polish-born American writer) Jerzy Kosinski’s book Cockpit (1998) - a spy so deep undercover that even the other spies don’t know he’s a spy.

cafebabel.com: Your later exhibition had a very particular sub-section called ‘I can burn your face’. What was the concept behind it?

Jill Magid: When the new AIVD building was opened in 2008, I had artworks installed permanently in the building, viewable only by the agents. I also had a publicly accessible exhibition at the independent foundation Stroom gallery in the Hague called Article 12. Within the exhibition I had a red neon floor installation called I Can Burn Your Face. Burning a face is a phrase that comes from the AIVD agents which means ‘exposing an agent’s identity’. Towards the end of my commission, the agents started telling me I’d become dangerous, that I knew so much personal information about each of them that I could burn them. The piece is a wink at the possibility of this.

cafebabel.com:After several projects about security and surveillance, you are pretty well-known as an artist specialised in taking a fresh look at the police, supervision and so on. Why are you interested?

Jill Magid: I am interested in intimacy, observation, secrecy and power. I am drawn to organisations whose job it is to observe, such as the Liverpool police CCTV system or the Dutch secret service. These systems function at a distance, with a wide-angle perspective, equalising everyone and erasing the individual. I am interested in the potential softness and intimacy of their technologies, the fallacy of their omniscient point of view, the ways in which they hold memory, their authority, their apparent intangibility— and, with all of this, their potential reversibility. Imagine if they put this potential to observe at the service of other things. It would be fantastic.

cafebabel.com: You also faced censorship over the publication of your book... 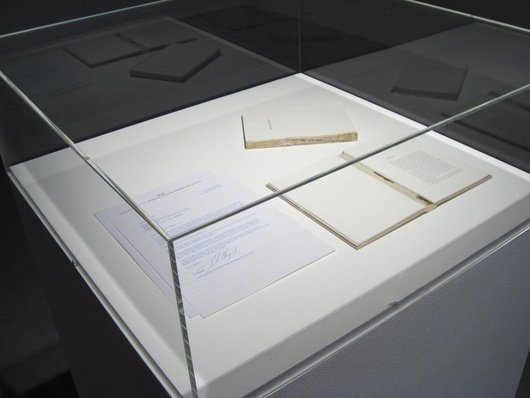 Jill Magid: Before my show at Stroom, I gave the rough draft of this book to my contact at the AIVD and asked her to have it redacted; I’d hoped to have the hand of the AIVD visible through its removal of a few words or phrases. Five weeks later, I returned to Amsterdam to learn that the AIVD now saw me as a ‘national security threat’. Multiple works from the show-in-progress were permanently confiscated. The AIVD demanded that I stop writing and the book— 40% of which, they told me, had already been censored.

'I was devasted about [my censored book], but I came to see the irony of the situation'

I hired a lawyer and fought to keep the book, or at least gain access to the redacted manuscript. In short, the legal mish-mash ended when the head of the AIVD offered me the right to present the uncensored book under glass, in a one-time only exhibition, after which time it would become the permanent property of the Dutch government. I was devasted, but I came to see the irony of the situation. I took their offer literally, and presented the book as they described in my solo show Authority to Remove at the Tate Modern in London, in 2009. I invited them to come and take the book, which they did, early in 2010. They hired me to find their face and in return they censored mine.

cafebabel.com: You exhibited The Status of the Shooter in Paris in June 2012.

Jill Magid:The Status of the Shooter is the search for a body amid the moral panic and institutional response to a school shooting at the university of Texas, in 2010. I wanted to explore the possible meanings of the school shooting by relating it to a fictional, dramatic event. As with The Spy Project, The Status of the Shooter continues the larger themes in my work, including my desire to locate the presence of an individual body within larger bodies of public, private and state power.