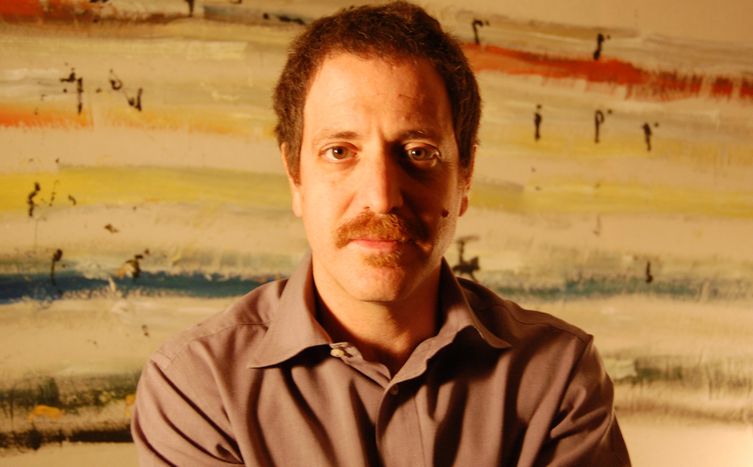 Jeff Israely: 'In his fifteenth year in politics, Berlusconi looks more and more like a comedian'

The Paris-based American journalist, 41, is a correspondent for Time Magazine for southern Europe. His recently published 'Looks Like My Son Is Italian' is not a summary of Italian mentality, he says - 'I’m just balancing the scales'

If you’re Italian in a foreign country, you have to bear the burden of all the wisecracks on the mafia, on pasta, the mamma, football, the catholic church, the dolce vita…they’re all immortal and all more or less true. In the last fifteen years this concentration of ideas has been incarnated in prime minister Silvio Berlusconi, something which has spawned a chain reaction of jibes, from pity to judgment, to arguments on the democracy of the Italian system itself. 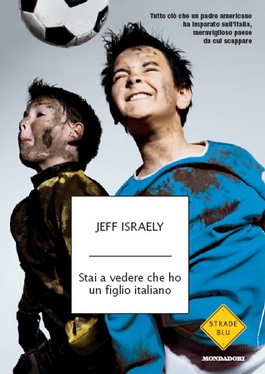 The immigrant defends himself against the stereotype, but at the same time, his settlement in a foreign country relies on his national identity. In other words: I have never felt more Italian than when I stopped living in Italy; trivial but true. I stumble upon the book by accident – Looks Like My Son is Italian (Mondadori 2009); it’s by this character whose articles I had been reading in the Internazionale newspaper: Jeff Israely was a correspondent with The Associated Press and The Boston Globe, then for Time Magazine in Italy, where he  lived for ten years, married a native and had a 2.4 family.

Israely describes his wife by using the adjective 'European grace' - which means 'intelligence,' he explains, 'the talent of simply living and being with people. The sum of all the cultures which constitute the Italian identity stands out in everyday living and everyday experiences. Let’s just say that if ambition is the American perspective, you posses the 'grace' of living in the present.' Flattering, which also happens to be the effect that the book has on me. It makes you feel proud and disappointed (yet not embarrassed) of your nationality. But when it comes to describing Italians Israely uses the phrase 'soft power'.'It’s the way in which Italians get people to like them by using the best of things: friendliness, food, humour, culture. The other side of the coin is that this ability to ‘be friendly’ is often enough for them.' Seen from New York and from a country where standing still is unknown, this ineptitude with risk, which becomes a continuous case of 'balancing the scales', results in the persuasion that 'one must not take any risks, that things should stay as they are.' In other words, 'Man does not live by bread alone, not even delicious bruschetta.'

The cases of the south, Saviano and Italy

Thanks to his wife’s promotion and an opportunity with Time Magazine, Israely and family have been living in Paris for a year, and if the children were to be 'a little less Italian', that wouldn’t hurt. We meet at a bistrot in the central Marais district, where I unwisely choose a draughty and noisy table near the door. We go back to ‘standing still’; it can be seen in the big scandals in Italian society: stories which the media latches onto for months, never-ending debates, commotion... and then everything remains the same. This also applies to terrorism in the seventies, to politics, and lately, to the Roberto Saviano case, a young Italian writer under a mafia death threat after writing a book about them, Gomorrah. 'Saviano has actually written a beautiful book. It’s good that he does what he does, that he is trying to make people understand the world of organized crime and the south – but there is a risk that the south and the mafia will be narrowed down to just Saviano.' Despite literature on the mafia being an ancient tradition, 'it seems that nowadays this is the only way to discuss anything: everything is a 'case'. The 'Saviano' case will go on and on. But the real problem is the case of the 'south', not the Saviano case.'

Being a foreign correspondent in Italy, Silvio Berlusconi, the mafia and the pope (about whom Israely has written the book Benedict XVI: the Dawn of a New Papacy with Gianni Giansanti, WhiteStar 2007) are his daily bread. 'We foreign journalists have been trying to figure out if Berlusconi means something to the rest of the west: he is a media personality, like someone from Hollywood, who can be compared to Ronald Reagan or Arnold Schwarzenegger. Whilst Schwarzenegger is now a more or less serious governor, and Reagan is considered to be one of the greatest politicians of the twentieth century, to the point where people forget that he was an actor, Berlusconi is in his fifteenth year in politics and looks more and more like a comedian. At the same time, the political system and Italy are in his hands; Italian mentality and culture have been changed by Berlusconi. I’m American: I wouldn’t criticise Berlusconi for having brought the 'private sector culture' into the world of television. The problem is that he then threw himself into politics, doing all the rest as well. There are many in Italy and abroad who, because of this, have doubts regarding the democratic foundations of the Italian state,' Israely continues, smiling (and I’m thinking that he looks like Peter Sellers).

'I’m American: I wouldn’t criticise Berlusconi for having brought the 'private sector culture' into the world of television'

'Italy remains a democracy, but one which has to be revised. Italy is blocked, especially by a system of information which is a long way from being ‘perfectly democratic’. Of course this rests with Berlusconi, but even before him, the Rai (national public service broadcaster - ed) was subdivided by politics. There’s a part of the electorate which is not interested in politics, and he can communicate on a simple level, sometimes using ‘fantastic’ gags. The Berlusconi phenomenon is not only about conflict of interests: he knows about communication, in the more general sense of the word.'

As we are in France, and comparisons between Sarkozy and Berlusconi (who is the worst?) should not be wasted, I venture: after having lived in Italy for ten years, does France give Israely any ideas on what Italy could be, if given a push towards the future, towards the world. A Berlusconi-Sarkozy comparison? 'One could say that (French president Nicolas) Sarkozy is the working version of the politician that Berlusconi would like to be. Isn’t Sarkozy trying to remould France in his image and to introduce 'sarkozysm' in people’s mentality? But he has a long way to go before he catches up with Cavaliere Berlusconi!.' In any case, there’s still a lot to learn about Berlusconi. 'I wanted to write a book about him but maybe it’s still too early; to understand what has been happening, I need to wait until his adventures, the political one at least, are finished. But then again, maybe nothing happened...'

If your Italian is up to scratch, check out the review of Jeff Israely's book in the officialblogfrom the cafebabel.com team in Turin