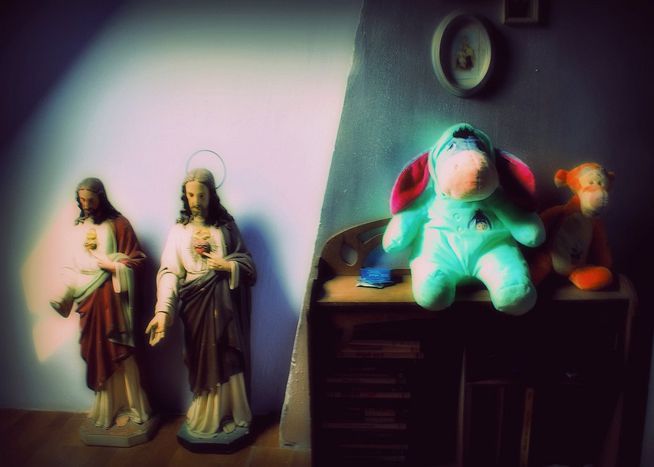 It's late 2009, and Europeans are getting into a tizzle about religion

The Swiss have banned new minarets, the European court of human rights has banned Italy from having crucifixes in every classroom. A Swedish school has rejected veils, a Dutch polytechnic shuns Christmas trees and a study claims religion stems from insecurity. The Dutch, Swedish, UK, Hungarian and Bulgarian press react 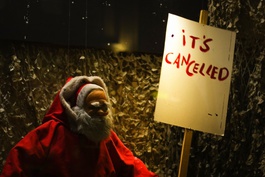 The Hague Polytechnic has announced it will not put up a christmas tree because it would contradict the institution's multicultural character. Has the university management has completely lost its marbles, the daily asks: 'Accepting diversity in society means making it visible, not hiding it. We are all different, we think differently, we live differently. Give each other as much freedom and space as possible to express this. This applies especially when it comes to the festive aspects of a belief, whether you're talking about catholic processions or the heathen christmas tree which was so quietly incorporated into the religious festival and nowadays decorates any number of secular living rooms, classrooms and shop windows. By not putting up a christmas tree the university is undermining the 'international and diverse' character of the institution. This is not politically correct. It is short-sighted and narrow-minded. And also terribly boring' (Malou van Hintum)

A school in Stockholm has banned a pupil from attending classes wearing a veil. Because there is no general ban on veils in Sweden the pupil, who lives in the Stockholm district of Åsö, has brought a complaint before the Swedish ombudsman against discrimination. Lotta Edholm, responsible for school issues in Stockholm, announces in the opinion forum that the case will be looked into: 'I am sceptical. But this is precisely what the matter is about: What are you allowed to do in the name of religion? How far does religious freedom go? Does religious freedom extend to the freedom of extremist views in a children's environment? I want this to be examined. If the ombudsman against discrimination rules that the regulations in Åsö are wrong Stockholm will take this decision to court' (Lotta Edholm)

'We have secure enough lives' - The Guardian, United Kingdom

People who are satisfied with their lives don't need religion, writes a blogger for the left-liberal daily: 'Popular religious belief is caused by dysfunctional social conditions. This is the conclusion of the latest sociological research conducted by Gregory Paul. Far from religion benefiting societies, as the 'moral-creator socioeconomic hypothesis' would have it, popular religion is a psychological mechanism for coping with high levels of stress and anxiety. It is a crutch to which people turn when they are under extreme stress, a natural invention of human minds in response to a defective habitat.' Americans, he says, suffer appalling stress and anxiety due to the lack of universal health care, the competitive economic environment, and huge income inequalities, and under these conditions belief in a supernatural creator and reliance on religious observance provides relief. By contrast, the middle class majorities of western Europe, Canada, Australia, New Zealand and Japan have secure enough lives not to seek help from a supernatural creator' (Sue Blackmore)

What the ban on minarets in Switzerland shows above all else is how afraid people are of all things foreign, according to the opinion page: 'As far as European islam is concerned we have the choice between Scylla and Charybdis, that is between total integration and total rejection. Before the background of historical examples in Europe I would like to caution those journalists and publicists in whose heads islamic terror organisations and peaceful Muslims are frequently inseparable, and who consequently tend to associate islamism with the entire islamic community. The minaret law in Switzerland won't stop radical Muslims from spreading their doctrines. The law clearly demonstrates how prevalent fears of things foreign are, and that certainly does not bode well for the future' (Attila Novák)

The debate on the Swiss referendum against minarets shows that Europe needs new integration models for Muslims, writes the daily: 'At the dawn of islamic culture minarets were watchtowers lit with torches, and later they were used to call Muslims to prayer. Today four minarets in the heart of Europe are shedding light on a blatant problem. The reactions to the Muhammad cartoons in Denmark in 2006, the heated debate in the wake of the speech given by Benedict XVI in Regensburg a year later, the film Fitna by the right-wing Dutch politician Geert Wilders and before that the murder of the filmmaker Theo van Gogh are only the most conspicuous examples. No one expected the integration of muslim immigrants in Europe to be easy or free of conflict. Current events do not suggest it has failed, but that it's time more attention was paid to how this goal should be achieved' (Dragomir Iwanov)