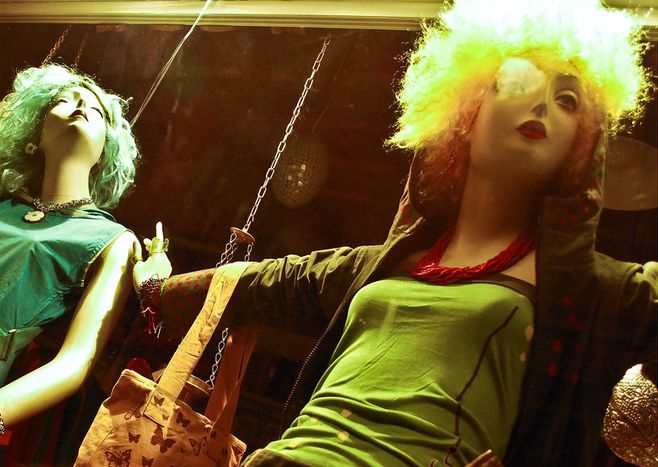 It's all –ová: changing Czech grammar for gender equality

The spotlight is on one of the most quintessential features of the Czech language, the feminine ending '–ová' on all women’s surnames. Strictly speaking this grammatical rule indicates that wives 'belong' to their husbands, and that’s why many think it’s out of date. It has now become a political issue in the presidential elections slated for 2013

Victoria Beckhamová and Kate Middletonová should be in for it in the first direct presidential elections in the Czech Republic in 2013. The civic democratic party (ODS) candidate, Přemysl Sobotka, is giving his wholehearted support for the abolition of the feminine ending –ová in the election campaign. Czech as a matter of course puts –ová on the end of all women’s surnames, and even with foreigners' names.

Sobotka, who has earned a name for himself with his anti-communist stance and enthusiasm for revising history, is now aiming at a different electoral group. Lucie Gross joins the one quarter of those voters who are in favour of the grammatical ending's abolition. 'My German husband has never understood that although I took his name when we got married, mine sounds different to his,' says the 33-year-old lawyer; she should have been called 'Mrs Grossova' under Czech law. 'Many Czech couples I know aren’t seen as families by the German authorities because their surnames are different,' she adds. Gross found a loophole to do away with the –ová ending - namely being married to a foreigner. This has only been a legal possibility in the Czech Republic for the last decade. Whilst this is not a problem in Germany, it still causes her issues in her home country, and she has started to call herself 'Grossova' on the phone. 'When people phone up, they get confused, and think that I’m a man,' she says. She is even thinking, about putting the –ová ending on her business cards, out of respect for what her clients are used to.

The fact that many women nowadays are unhappy about the traditional roots of their names is not only down to practical reasons. It’s also about emancipation. The feminine ending hints at the possession of a woman by a man – in the first instance by the father, and then by the husband. Hence the Czech –ová ending entering the political campaign realm. But the conservative Přemysl Sobotka doesn’t have much to say about emancipation itself. 'I’m a sports fan, and I find it weird when I’m watching television that people keep saying Serena Williamsová all the time.' If it was up to him, women could decide for themselves in the future if they want to add the –ová or not.

'The feminine ending hints at the possession of a woman by a man - in the first instance by the father, and then by the husband'

However, two out of three Czechs are still in favour of sticking to tradition, with an underlying grammatical reasoning. 'Unlike German we decline names in Czech - that means that endings change,' explains Pavel Štěpán of the Institute for the Czech Language in Prague. 'No ending means disturbing the linguistic flow, and this could lead to a misunderstanding.' Current polls show that Sobotka would get about 5% of the votes, putting him behind the former prime minister Jan Fischer and Miloš Zeman for the first time. If you try to preserve language in the long term, you’re fighting a losing battle: 'Lots of traditions are dying out,' adds Jana Valdrová, a professor of German studies in the South Bohemian University in Budweis. That means that both Victoria Beckham and Kate Middleton will get their real names back.

The author of this article, Bára Procházková, is a member of the n-ost correspondents network